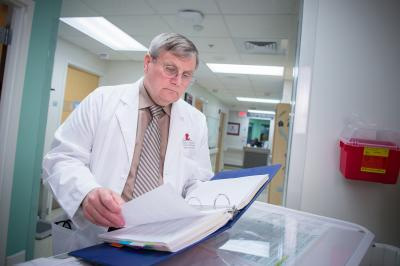 Of the 34 children and teenage patients included in the report, 13 had completed therapy and showed no evidence of disease. Four patients have been off treatment for 18 months or more. Along with the investigational monoclonal antibody, study participants underwent multi-drug chemotherapy, surgery, radiation and autologous hematopoietic stem cell transplantation. Thirteen patients are still receiving treatment. In addition, two patients with persistent disease received additional therapy and two patients died of treatment-related toxicities.

“The early response is very promising, among the best that we have seen against neuroblastoma, but we still have a long way to go,” said Wayne Furman, M.D., a member of the St. Jude Department of Oncology. “Will this translate into more cures? We hope so, but the answer is several years away.”

In this study, patients began treatment with chemotherapy using cyclophosphamide, topotecan and the experimental monoclonal antibody hu14.18K322A. After two rounds of therapy, researchers reported that primary tumours were 47 to 96 percent smaller in 80 percent of patients and had stopped growing in the remaining patients. In similar patients enrolled in a previous national trial, tumour size decreased in only 40 percent of patients treated with the same drugs but without hu14.18K322A.

Hu14.18K332A is a laboratory-produced antibody designed to activate the immune response against tumour cells by recognisng and binding to an antigen found on the surface of most neuroblastoma tumour cells. The antigen, GD2, is also carried on the surface of melanoma, the bone cancer osteosarcoma and some soft-tissue sarcomas. GD2 is also found on normal peripheral nerves. Binding of anti-GD2 monoclonal antibodies to these pain fibres causes severe pain and is the major side effect of these agents.

The experimental antibody in this study was engineered to reduce the treatment-limiting pain associated with other anti-GD2 monoclonal antibodies. Hu14.18K322A includes a point mutation in the hu14.18 protein that is designed to eliminate activation of the complement cascade that is believed to trigger the treatment-related pain. The experimental antibody also has fewer mouse components and is therefore less likely to become an immune target itself.

Treatment-related pain associated with the experimental monoclonal antibody was well controlled with intravenous narcotics that began prior to therapy, Furman said.