New data for baricitinib in rheumatoid arthritis presented at EULAR

Lilly and Incyte have announced new data for baricitinib in rheumatoid arthritis (RA) at the Annual European Congress of Rheumatology (EULAR 2016). 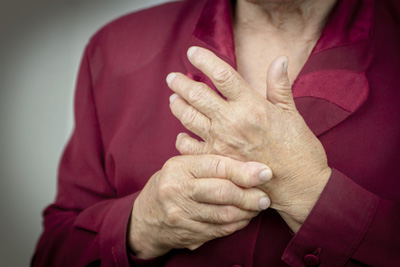 Findings from the RA-BEYOND study demonstrate that the treatment was superior to placebo at inhibiting progressive radiographic joint damage in patients with RA.

In the study, patients who completed the pivotal 24-week RA-BUILD study continued to receive baricitinib at the same dose of either 2 mg or 4 mg, received at the end of RA-BUILD. Patients receiving placebo at the end of RA-BUILD were switched to baricitinib 4 mg in RA-BEYOND. Following 24 weeks of treatment, the therapy was superior to placebo in preventing progressive radiographic structural joint damage. These treatment benefits were maintained through 48 weeks of therapy. The most robust benefits across measures of progressive joint damage were observed for the 4 mg dose.

Commenting on the data, Désirée van der Heijde, M.D., Ph.D., professor of rheumatology, Leiden University Medical Centre, Leiden, The Netherlands, said: “These findings have shown us that, for people with rheumatoid arthritis, baricitinib may, if approved, offer an oral option which could help them restrict joint damage over an extended period of time.”

At the time of the present evaluation, the ongoing RA-BEYOND study had enrolled more than 2,600 patients who completed previous baricitinib trials, including RA-BUILD. The RA-BUILD study enrolled 684 patients with RA who previously had an inadequate response to, or were intolerant of, at least one conventional DMARD and had not received a biologic DMARD. Patients completing RA-BUILD and entering RA-BEYOND continued to receive the baricitinib dose received at the end of RA-BUILD. Patients receiving placebo at the end of RA-BUILD were switched to the 4 mg dose in RA-BEYOND.

Lilly and Incyte also announced that in two Phase III trials, patients with RA treated with baricitinib reported significant improvements in quality of life symptoms and other patient-reported outcomes compared to methotrexate or adalimumab (Humira).

Patients with RA also reported improvement in productivity at work. In these studies, significant improvements in patient-reported measures, including pain, physical function, tiredness and morning joint stiffness, were observed as early as one week after initial treatment with baricitinib.

An analysis of these Phase III trials found that in each study, patients taking baricitinib have less impairment in work productivity and daily activities compared to patients taking the comparator.

Terence Rooney, M.D., medical director, rheumatoid arthritis, Lilly Bio-Medicines, commented on the results: “In these studies, baricitinib demonstrated superiority on a variety of efficacy measures compared to the leading biologic, adalimumab, as well as the current oral standard of care, methotrexate. Additionally, patients reported their personal experience with baricitinib, further highlighting its positive impact on patients’ daily lives and activities.”