The idiopathic pulmonary fibrosis (IPF) market will rise substantially from just over $900 million in 2015 to $3.2 billion by 2025, according to GlobalData… 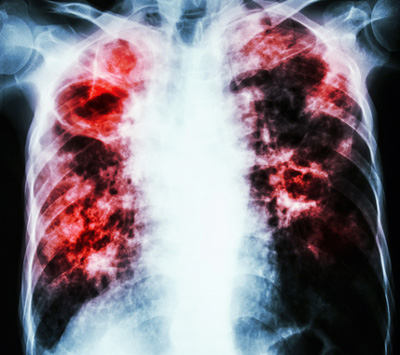 The idiopathic pulmonary fibrosis (IPF) market will rise substantially from just over $900 million in 2015 to $3.2 billion by 2025, according to research and consulting firm GlobalData.

The company’s latest report states that such growth, which will occur across the seven major markets (7MM) of the US, France, Germany, Italy, Spain, the UK, and Japan, will primarily be driven by the increased use of expensive therapies, the anticipated launches of two novel therapies, FibroGen’s FG-3019 and Promedior’s PRM-151, and a rise in diagnosed prevalent cases of the disease.

Matthew Thaxter, MSc, GlobalData’s Analyst covering Immunology, explains: “Currently, the IPF market is largely under-penetrated, with only two approved treatments across the 7MM. However, pharmaceutical companies are increasingly starting to view the IPF drug market as one with commercial potential.

“IPF has an attractive patient population size, with almost 108,000 diagnosed prevalent cases in the 7MM, and the opportunity to attain orphan drug status, potentially allowing a faster and more cost-efficient research and development programme.”

Unmet needs in the IPF market

GlobalData says the level of unmet needs within IPF remains high, both environmentally – in terms of treatment cost, patient awareness, and physician education – and clinically. Indeed, the foremost unmet is the lack of an efficacious therapy which is capable of halting the progression of the disease.

Thaxter explains: “The two currently approved products – Roche’s Esbriet and Boehringer Ingelheim’s Ofev – are not capable of meeting this particular unmet need, as they serve merely to slow the decline in patients’ lung function. Promising Phase II drugs are set to be developed and approved over the forecast period to 2025, and the IPF market will evolve, due to the improvements offered by these newer drugs.

“There will be continued effort on behalf of both pharmaceutical companies and other industry stakeholders to increase the awareness of IPF among patients and physicians alike, thereby improving diagnosis and treatment rates. Excitingly, following the approvals of FibroGen’s FG-3019 and Promedior’s PRM-151 into the IPF therapeutic market, anticipated in 2021 and 2023, respectively, the unmet need for a therapy that can reverse or stabilise fibrosis will have been met.”