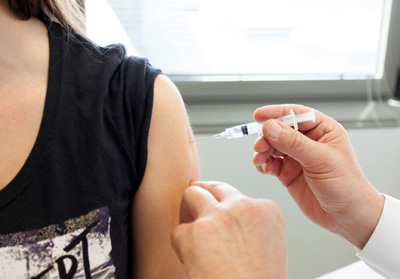 GlaxoSmithKline’s MenABCWY vaccine is set to revolutionise meningococcal disease prevention across the eight major markets (8MM) of the US, France, Germany, Italy, Spain, the UK, Japan, and Brazil, according to research and consulting firm GlobalData.

The company’s report states that of the three major meningococcal vaccines currently being developed in the 8MM, only MenABCWY has the potential to significantly change the approach used by countries to prevent meningococcal disease. Its launch would offer a vaccine that can protect against all common serogroups found in the 8MM in a single product and, should it perform well in upcoming Phase III studies, has the potential to become the leader in a market projected to be worth $1.8 billion by 2025.

Mirco Junker, Ph.D., GlobalData’s Analyst covering Infectious Diseases, explains: “MenABCWY, effectively a co-formulation of GSK’s Menveo and Bexsero, could reduce the shot burden for patients, and will hold an advantage over other formulations in its combination of conjugated polysaccharides and purified protein-based antigens.

“While polysaccharide vaccines can provide excellent protection in individuals against a specific set of serogroups, these vaccines are limited in their protective ability to these serogroups. By contrast, protein-based meningococcal vaccines, which include the MenB vaccine, can also protect against strains from other serogroups.

“Combining polysaccharides from a MenACWY vaccine with the protein-based antigens from Bexsero into one vaccine, therefore, might provide effective protective coverage.”

A possible replacement for the MenACWY booster

GlobalData adds that following the expected launch of a MenABCWY vaccine in the US and the five European markets in 2020, national routine immunisation schedules are likely to be altered, with the new MenABCWY vaccine potentially replacing a majority of routinely administered meningococcal vaccines. Indeed, MenABCWY is touted as a possible replacement for the MenACWY booster currently recommended to be administered to adolescents in the US.

Junker concludes: “Currently, there are no products in the pipeline specifically designed to provide long-term protection against invasive meningococcal disease. However, several clinical trials, including for MenABCWY, are being conducted to further address this important unmet need in meningococcal disease prevention.”

Report predicts the medical marijuana market will reach $3.2bn by 2025