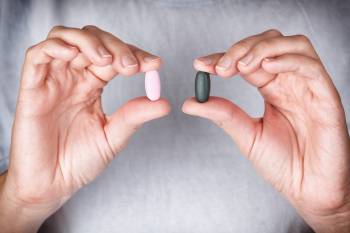 The data found by researchers at Columbia University Medical Center and NewYork-Presbyterian is the first advance in therapy for soft-tissue cancer in decades.

“We estimated from preclinical data that the new drug, olaratumab, might improve survival in these patients by a few months, but the extent of the improvement exceeded everybody’s expectations,” said study leader Dr Gary Schwartz, MD, Professor of Medicine at Columbia University Medical Center and Chief of the division of Hematology and Oncology at NewYork-Presbyterian/Columbia.

“While sarcoma remains a fatal disease, we’re encouraged that we’re on the right track and hope to build on this progress.”

Soft-tissue sarcomas are a group of cancers that arise in fat, muscle, nerves, joint linings, blood vessels, and other tissues that connect, support, and surround various body structures. There are more than 50 different types of soft-tissue sarcomas.

If caught early, sarcomas can be treated effectively with surgery. However, if the disease spreads, or metastasizes, treatment with chemotherapy does relatively little to slow disease progression or improve survival. The median survival time after diagnosis of advanced disease is 12 to 16 months. In 2015, 12,000 people were diagnosed with soft-tissue sarcomas and 5,000 died of the disease, according to the American Cancer Society.

Several years ago, Dr. Schwartz reported that a cell-surface receptor called platelet-derived growth factor receptor alpha (PDGFR-alpha), found in many people with soft-tissue sarcoma, appeared to play a key role in tumour growth in specific sub-types of soft-tissue sarcoma. By inhibiting this receptor, he was able to get the sarcoma cells to stop growing in his laboratory.

Working in close association with scientists at ImClone, since acquired by Eli Lilly and Company, he developed the clinical trial with the agent olaratumab, a human monoclonal antibody that blocks PDGFR-alpha and disrupts this signalling pathway, which is critical for sarcoma growth. The drug was also shown to enhance the effects of a standard chemotherapy called doxorubicin, which is routinely used in the treatment of sarcoma.

“As an oncologist, I am ecstatic that the drug worked as well as it did,” said Dr. Schwartz.

“As a physician-scientist, however, I remain frustrated because we still don’t know exactly why it worked as well as it did. It might be directly affecting the tumour cells, the tumour microenvironment (cells immediately around the tumour cells), or even the immune cells. The future development of this drug will be helped by figuring this out.”

Understanding the complicated process of olaratumab

Dr. Schwartz and his colleagues are currently studying other potential drug targets for arresting the progression of soft-tissue sarcomas.

“Sarcomas are complex. There are, in fact, multiple receptors on the cell surface. PDGFR-alpha is just one of the receptors that are overexpressed on sarcoma cells. We now have some ideas about how to combine drugs that block multiple types of these receptors, which will probably be more effective that targeting a single type of receptor,” he said.

Eli Lilly has a larger, phase 3 clinical trial underway for olaratumab, which included some of Dr. Schwartz’s patients at Columbia/NewYork-Presbyterian. In the meantime, the FDA has granted the drug priority review as a potential treatment for advanced soft-tissue sarcoma.