A new antibiotic, produced by bacteria found on a species of African ant, is very potent against antibiotic-resistant ‘superbugs’ like MRSA according to scientists. 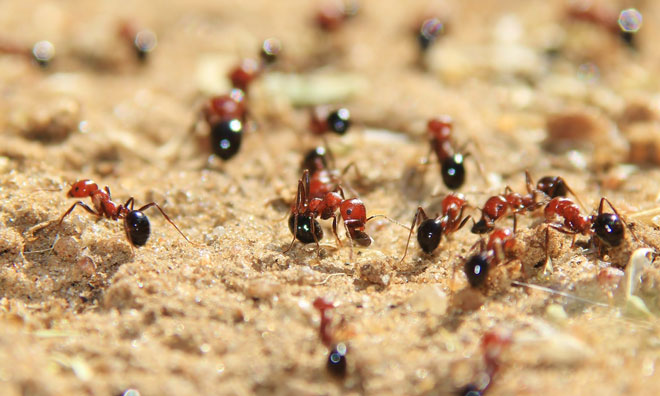 Researchers at the University of East Anglia (UEA) and the John Innes Centre (JIC) discovered a new member of the Streptomyces bacteria family, isolated from the African fungus-growing plant-ant Tetraponera penzigi. They have named the new species Streptomyces formicae and the antibiotics formicamycins, after the Latin formica, meaning ant.

Lab tests have shown these new antibiotics are effective against methicillin resistant Staphylococcus aureus (MRSA) and Vancomycin-Resistant Enterococci (VRE), bacteria which are resistant to a number of common antibiotics and can cause life-threatening infections.

Almost all of the antibiotics currently in clinical use come from a group of bacteria called actinomycetes that were isolated from soil between 40-80 years ago, the ‘golden age’ of antibiotic discovery. Inappropriate use of these antibiotics since then has led to widespread antimicrobial resistance (AMR), where disease-causing bacteria and fungi have become resistant to one or more antibiotics.

Prof Matt Hutchings from UEA said: “We have been exploring the chemical ecology of protective symbioses formed between antibiotic-producing bacteria and fungus-growing insects to better understand how these associations are formed and explore them as a new source of anti-infective drugs.

“Kenyan plant-ants live in symbiosis with thorny acacia trees. They live and breed in domatia – which are hollowed out structures which the plant evolved to house them – and grow fungus in them for food. In return, they protect the plants from large herbivores including elephants, which won’t eat plants covered in ants.”

The team isolated a number of actinomycete bacterial strains from the acacia plant housing the ants, selecting a number for genome sequencing. One particular strain caught their attention, and the antibiotic compounds produced from it showed promising activity in early tests against other disease-causing bacteria.

Prof Hutchings said: “We tested formicamycins against clinical isolates of MRSA and vancomycin-resistant Enteroccocus faecium (VRE) and found that they are very potent inhibitors of these organisms.”

To test this further, they repeated the tests by growing the strains for 20 generations in very low, sub-inhibitory concentrations of formicamycins and found no sign that the test strains acquired spontaneous higher level resistance to the new antibiotics.

Prof Wilkinson from JIC said: “Our findings highlight the importance of searching as-yet under-explored environments, which, when combined with recent advances in genome sequencing and editing, enables the discovery of new species making natural product antibiotics which could prove invaluable in the fight against AMR.”

By University of East Anglia