The Buzz About Nanosponge SERS and Trace Level Detection 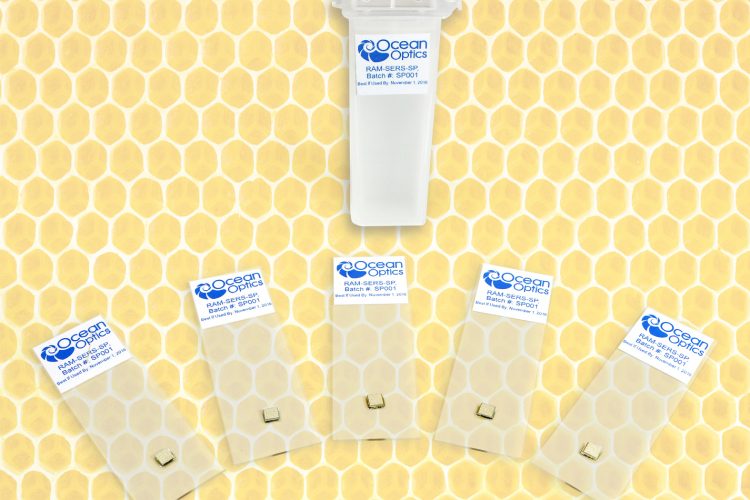 Recent high rates of honeybee loss have been investigated by government regulators and other researchers. According to ongoing U.S. EPA studies, the insecticide imidacloprid has been identified as a threat to commercial honeybee colonies, citing traces at concentration levels greater than 25 ppb as likely harmful to honeybees.

In the testing, the gold-silver nanosponge SERS substrates delivered the best results, able to detect imidacloprid concentrations as low as 4 pg (0.4 ppb; well within the 25 ppb concentration rate cited by the US EPA as harmful to bees). Their high sensitivity and low background noise made it easier to discern Raman peaks at these very low concentration levels.

Raman is a useful technique for fast, non-destructive analysis, with the enhanced sensitivity provided by SERS substrates allowing detection of trace levels of samples such as insecticides. Affordable and easy to use, the Ocean Optics SERS substrates are well suited to deployment in the lab or field.