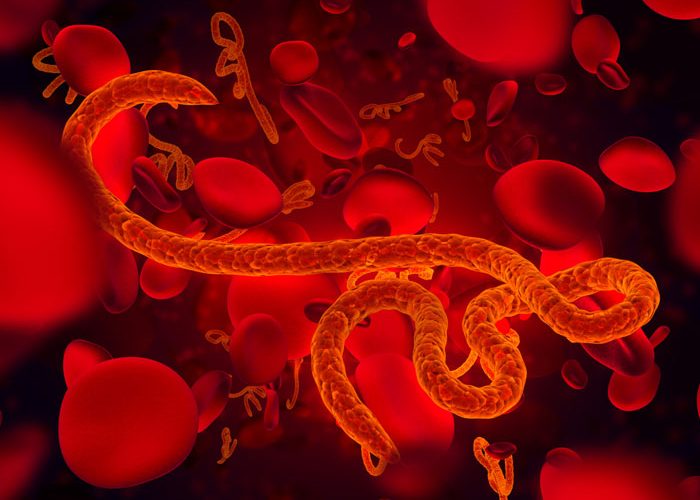 Results from a large randomised, placebo-controlled clinical trial in Liberia show that two candidate Ebola vaccines pose no major safety concerns and can elicit immune responses by one month after initial vaccination that last for at least one year.

The findings are based on a study of 1,500 adults that began during the West Africa Ebola outbreak.

The trial is being conducted by a U.S.-Liberia clinical research collaboration known as the Partnership for Research on Ebola Virus in Liberia (PREVAIL), established in 2014 in response to the request from the Liberian Minister of Health to the U.S. Secretary of Health and Human Services.

“This clinical trial has yielded valuable information that is essential for the continued development of these two Ebola vaccine candidates and also demonstrates that well-designed, ethically sound clinical research can be conducted during an epidemic,” said NIAID Director Dr Anthony S. Fauci, “A safe and effective vaccine would be a critically important addition to classical public health measures in controlling inevitable future Ebola outbreaks.”

PREVAIL conducts collaborative biomedical research in accordance with best practices, to advance science, strengthen health policy and practice, and improve the health of people in Liberia and around the world.

The partnership launched this first study, PREVAIL 1, in February 2015.  Originally designed to enrol 28,000 volunteers, the trial was scaled back to a Phase 2 study when the decline in new Ebola cases made it impossible to conduct a large efficacy study.

“In Liberia, we have demonstrated to the global community that rigorous scientific research can take place in a developing sub-Saharan African country when a mutually beneficial partnership is developed,” noted Dr Bernice T. Dahn, Liberia’s Minister of Health. “The work of PREVAIL, ranging from the Ebola vaccine to the Ebola survivor studies, clearly manifest the prospects of such a sustainable partnership and clinical research platform.”

The vaccine candidates included cAd3-EBOZ, co-developed by NIAID’s Vaccine Research Center and GlaxoSmithKline (GSK); and rVSV-ZEBOV, which was initially engineered by scientists from the Public Health Agency of Canada and is now licensed to Merck Sharp & Dohme Corp., a subsidiary of Merck & Co., Inc., (Merck). GSK and Merck provided the test vaccines for the study.

From Feb. 2, 2015, through April 30, 2015, the trial rapidly enrolled men and women ages 18 and older with no reported history of Ebola virus disease at Redemption Hospital in Monrovia. Three groups of 500 volunteers received one of the vaccine candidates or a placebo (saline injection).

Some participants who received the investigational vaccines experienced mild to moderate side effects that resolved, such as a headache, muscle pain, feverishness and fatigue. Overall, investigators did not identify any major safety concerns related to the vaccines. Most of the serious medical issues reported during the trial were due to malaria.

Interestingly, at the beginning of the trial investigators found that 4 percent of participants already had a certain threshold of Ebola antibodies — indicative of past Ebola infection — but no known history of Ebola virus disease. Investigators also found unexpectedly that the proportion of participants developing malaria by one year was lower for participants who received the investigational vaccines as compared with those receiving placebo, particularly among the rVSV-ZEBOV recipients.

Future studies are needed to determine if this is a chance finding or if it has some significance related to cross-reactive immunity.

The results of the clinical trial have been published in the October 12 issue of the New England Journal of Medicine,