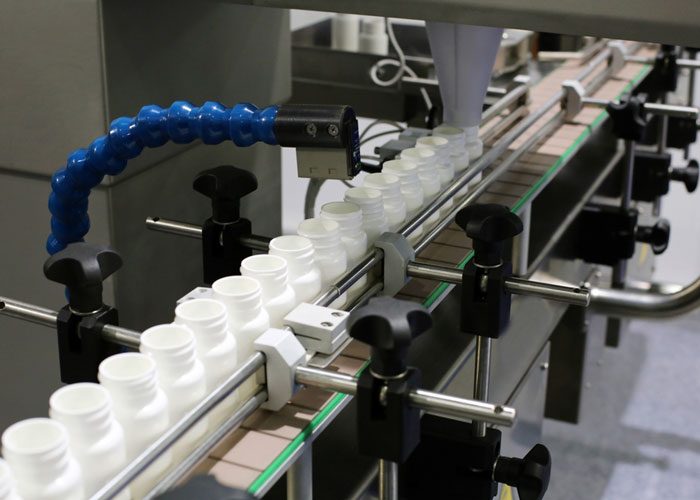 The current drugs pipeline is discouraging and slowing simple manufacturing innovations according to the CPhI Annual Report, undertaken by UBM, which focuses on the immediate and long-term trends in pharmaceutical manufacturing and ingredients.

The overall findings of the report reveal that the trend towards the increased use of modern manufacturing processes and quality systems is occurring very slowly – with the current small molecule drugs pipeline not yet possessing the economic models and incentives to stimulate faster adoption.

A lack of excipient innovation and multivariate analysis are also identified as a potential growing risk.

Collaboration to develop new excipients will be needed, however, biologics are the most likely to support the development of new excipients, given the high production value and susceptibility to excipient impact on quality.

Girish Malhotra, President of EPCOT International, feels that the global pharma industry is now at a critical point in its history and needs to adopt new business models for the next century. “The current approach of developing new drugs for rare and orphan diseases, and for only the most affluent patient cohorts, is actively discouraging manufacturing innovation” he warns. Adding, “These newer drugs are produced in smaller qualities and often feature high margins and profits – meaning the incentive to improve manufacturing processes is not there.”

Mr Malhotra presents a number of methods whereby big pharma can sustain long-term profits, open up access to emerging markets by improving manufacturing efficiencies, and therefore reduce their total costs. Most importantly, this will increase the number of patients that can benefit.

“Making drugs affordable is the best long-term way to improve the total sales in the developing countries. Because of the income differences between developed and developing countries, the differences in drug processes will remain for the foreseeable future. Economies of scale and better manufacturing technologies can make drugs more affordable and increase sales. However, to achieve all of this will require a business model review and substantial change.

This is not an easy task for an industry that has not aggressively embraced change and innovation. Their focus has always been on new drug development and marketing – drug affordability is an unknown area”, commented Mr Malhotra.

In ten years, the market will be made of fewer, but larger companies and the profit generators will be the ones that understand and properly implement QbD

Emil Ciurczak, President at Doramaxx Consulting forecasts that it might take as long as a decade for the industry to see the full potential of its impact – but resistance is futile and, ultimately, only those that adopt QbD/PAT and continuous manufacturing (CM) will survive.

However, should the regulators (EMA and FDA) harden their positions and force the industry to work towards a QbD and PAT deadline, we will see rapid purchasing of new equipment, with a race to compete like has happened with serialisation in the last few years.

“Large companies will naturally be the first movers, followed in parallel by their strategic outsourcing partners, and this will become an established practice over the next three-years. For generic companies, and particularly smaller ones, there is an existential debate pending. Do they A, close; B, merge with or acquire other small companies to have the critical mass to invest; or C, as is happening now, partner with the larger Pharma companies to produce their off-patent, older (but still in-demand) brands. In ten years, the market will be made of fewer, but larger companies and the profit generators will be the ones that understand and properly implement QbD”, commented Mr Ciurczak.

Brian Carlin, Excipient Iconoclast, echoed Mr Ciurczak thoughts and warned that the industry needs to move to smarter control of its processes, and increased use of PAT, if excipients (amongst other factors) are not to introduce critical and often unforeseen risks into products.

He argues that the industry as a whole must now embrace multivariate control over the next couple of years, as current practices are not predictive and will yield passing results until sudden failure. “Investment in PAT and data mining will involve additional costs, but this must be balanced against the increasing Cost of Poor Quality (COPQ) associated with regulatory initiatives on quality metrics and quality culture” added Mr Carlin.

Biologics, he argues, may be the exception to the rule and is the area most likely to support the development of new excipients.

Overall, Mr Carlin believes regulators need to provide approval mechanisms for excipients, as the current indirect route of approval via incorporation in a finished product is inimical to innovation. Instead, a collaboration between users and the excipient developers must be sought to reduce the commercial risk of new excipient development.