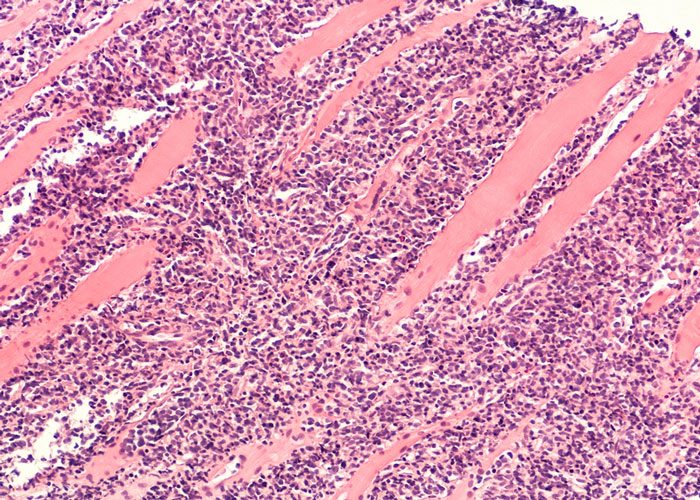 The U.S. Food and Drug Administration has granted accelerated approval to Calquence (acalabrutinib) for the treatment of adults with mantle cell lymphoma who have received at least one prior therapy.

“Mantle cell lymphoma is a particularly aggressive cancer,” said Dr Richard Pazdur, director of the FDA’s Oncology Center of Excellence and acting director of the Office of Hematology and Oncology Products in the FDA’s Center for Drug Evaluation and Research. “For patients who have not responded to treatment or have relapsed, Calquence provides a new treatment option that has shown high rates of response for some patients in initial studies.”

Calquence is a kinase inhibitor that works by blocking an enzyme needed by cancer to multiply and spread.

Calquence was approved using the Accelerated Approval pathway, under which the FDA may approve drugs for serious conditions where there is an unmet medical need and a drug is shown to have certain effects that are reasonably likely to predict a clinical benefit to patients. Further study is required to verify and describe anticipated clinical benefits of Calquence and the sponsor is currently conducting this trial.

The approval of Calquence was based on data from a single-arm trial that included 124 patients with mantle cell lymphoma who had received at least one prior treatment.

Common side effects of Calquence include a headache; diarrhoea; bruising; fatigue and myalgia; and reduced levels of red blood cells, platelets and neutrophils in the blood.

Serious side effects include bleeding, infections and irregular heartbeat. Additional cancers, known as second primary malignancies, have occurred in some patients taking Calquence. Women who are breastfeeding should not take Calquence because it may cause harm to a newborn baby.

The FDA granted the accelerated approval of Calquence to AstraZeneca Pharmaceuticals LP.

Application note: Tipping point – what is driving the adoption of rFC for bacterial endotoxin testing?