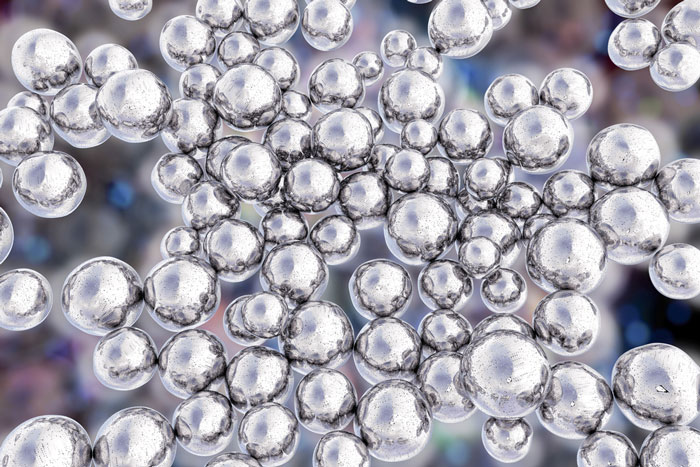 Researchers at the University of Illinois have designed nanoparticles that specifically bind to a protein that marks the surface of breast cancer stem cells. Encapsulated in the particles is the drug niclosamide – a drug commonly prescribed around the world to treat tapeworm infections, but in cancer stem cells it turns off key gene pathways that give the cells the stem-like properties that enable them to grow and spread.

“It is critical to administer treatments for already-developed tumours; however, long-term survival and not allowing it to come back are equally important,” said Dipanjan Pan, an Illinois Professor of Bioengineering. “We want to destroy the cells that are hidden in the tissue and cause cancer to come back or spread to other parts of the body.”

I call them ‘GPS-enabled nanoparticles,’ because they seek out only the cells that have cancer stem cell properties

Cancer stem cells represent a tiny fraction of cells in a tumour, but it only takes one or two to seed a new tumour, Prof Pan said. The challenge for physicians and researchers is not only finding these cells but treating them. Prof Pan’s group created nanoparticles that target a protein called CD44, which appears on the surface of cancer stem cells, and tested them on breast cancer tumours in cell cultures and in live mice.

“I call them ‘GPS-enabled nanoparticles,’ because they seek out only the cells that have cancer stem cell properties. Then they latch onto the cells and deliver the drug,” said Prof  Pan. “To the best of our knowledge, this is the first demonstration of delivering cancer stem-cell-targeted therapy with a nanoparticle.”

The researchers used the nanoparticles to deliver niclosamide, which is on the World Health Organization’s List of Essential Medicines, an index of the safest and most effective drugs in the world. Prof Pan’s group previously found that niclosamide works on a particular gene-regulation pathway in cancer stem cells. 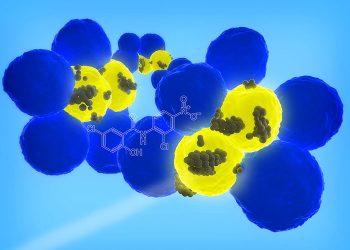 Illinois researchers developed nanoparticles that can target cancer stem cells (yellow), the rare cells within a tumour (blue) that can cause cancer to recur or spread. CREDIT: Image courtesy of Dipanjan Pan

The cancer stem cells lost their stem-like properties after treatment with the niclosamide-bearing targeted nanoparticles, making them less able to cause cancer to recur or metastasize. The researchers also saw a significant decrease in overall cancer cell growth, both in the cell cultures and in the mice.

By using an already-approved drug and easy-to-manufacture nanoparticles, Prof Pan hopes that this system can become an accessible and cost-efficient treatment to prevent cancer recurrence in patients

“We purposely used an extremely inexpensive drug. It’s generic and we can mass produce it on a very large scale,” Prof Pan said. “The nanoparticles are a polymer that we can make on a large scale – it’s highly defined and consistent, so we know exactly what we are delivering. The rest of the process is just self-assembly.”

“This work also is important to future researchers working in the field of cancer stem cells,” said postdoctoral researcher Santosh Misra, the first author of the study. “We described and confirmed the proteins and genes responsible for vital processes in these cells, and that is opening up new avenues to make better therapies.”

The researchers are working to create a combination therapy that can deliver drugs for primary cancer, such as traditional chemotherapies, as well as targeted agents that can treat cancer stem cells. They are also testing the nanoparticle drug-delivery system in large animal models to bring it a step closer to the clinic.

The study has been published in the journal Molecular Cancer Therapeutics.