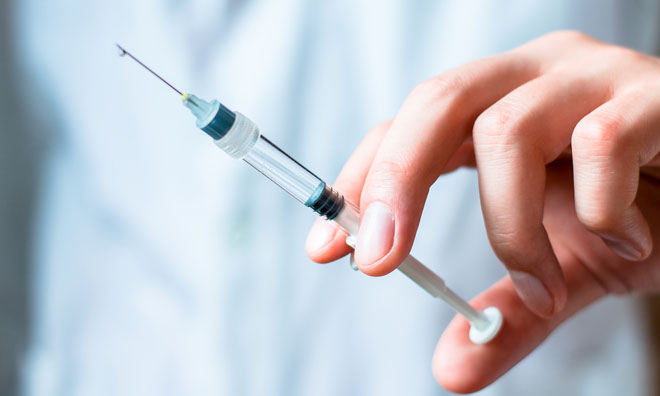 An experimental heroin vaccine has been shown to induce antibodies that prevent the drug from crossing the blood-brain barrier in mice and rats, suggesting it could be used to treat opioid addiction and prevent overdose.

The study, published in the Journal of Medicinal Chemistry, showed that the vaccine produced antibodies against other commonly misused opioids, including hydrocodone, oxycodone, hydromorphone, oxymorphone and codeine. It appeared to dampen the impact of heroin at a high dose, which might indicate a potential to prevent overdose. The research was carried out at the US Military HIV Research Program at the Walter Reed Army Institute of Research (WRAIR) in conjunction with the National Institute on Drug Abuse (NIDA).

“By eliciting antibodies that bind with heroin in the blood, the vaccine aims to block the euphoria and addictive effects,” said Dr Gary Matyas, Chief of Adjuvants and Formulations for the US Military Research Program, WRAIR. “We hope to give people a window so they can overcome their addiction.”

Although the use of opioids for pain management in people suffering from addiction is of concern, researchers found that methadone, tramadol, fentanyl, sufentanil, nalbuphine and buprenorphine did not bind to the antibodies, indicating that they could be used if acute pain treatment is required for emergency use in vaccinated patients. Researchers also found that there was no binding to the non-narcotic pain relievers like aspirin, ibuprofen and acetaminophen, so these would likely remain effective.

The misuse of opioids is a growing problem in the US. According to the CDC, 91 Americans die every day from an opioid overdose. Most pharmacological treatments for misuse involve opioid management therapy (OMT), but treatment access is an issue. In addition, adherence varies greatly and relapse rates can be high. To end the opioid overdose crisis, many different types of treatments and medications will be needed to meet the needs of individuals addicted to these drugs.

“Although we are still in the early phase, this study suggests that vaccination can be used together with standard therapies to prevent the withdrawal and craving symptoms associated with opioid withdrawal,” said Dr Matyas.

WRAIR researchers leveraged their expertise in vaccine development and novel adjuvants research to develop this experimental heroin vaccine with their partners at NIDA. The vaccine includes a potent adjuvant to stimulate the immune system called the Army Liposome Formulation (ALF), which was also developed by researchers at WRAIR.