A new study has found a blood test for cancer DNA could predict if a woman is responding to the new breast cancer drug palbociclib, months earlier than current tests… 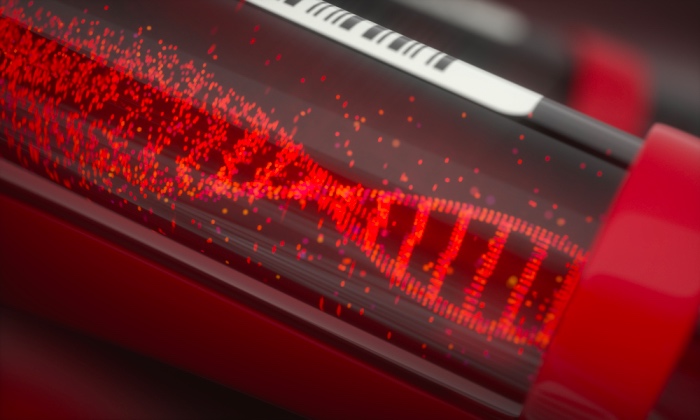 A new study has found a blood test for cancer DNA could predict if a woman is responding to the new breast cancer drug palbociclib, months earlier than current tests.

Scientists from The Institute of Cancer Research, London, and The Royal Marsden NHS Foundation Trust say the test could detect in two to three weeks whether the drug is working, although they caution the results need replicating before they are used clinically.

The researchers tested women with oestrogen receptor-positive breast cancer – the most common kind – who were taking part in a clinical trial of palbociclib for advanced breast cancer.

Currently, women must wait two to three months to find out, using a scan, if palbociclib is working.

The new blood test instead looks for circulating tumour DNA – fragments of DNA shed by the cancer that have entered the bloodstream. The DNA mutations associated with the cancer can be detected in these samples.

In these women, the researchers found that those who had a small decrease in PIK3CA circulating DNA at 15 days had a median progression-free survival (the length of time the patient survived and the cancer did not get worse) of only 4.1 months, compared with women with a large decrease in PIK3CA, who had a median progression-free survival of 11.2 months.

The test could allow the women in the first group for whom the treatment is not as effective to be identified early and they could consider altering their treatment.

Professor Nicholas Turner, senior author and Professor of Molecular Oncology at The Institute of Cancer Research, London, and Consultant Medical Oncologist at The Royal Marsden NHS Foundation Trust, said: “Palbociclib is one of a new class of drugs that delays cancer progression for patients with advanced breast cancer, but it’s not effective for everybody. The problem is we have to wait for two to three months before doing a scan to see if the therapy is working. Our new study found that a blood test for cancer DNA in the first two weeks of treatment indicated whether the drug was likely to be effective. Having an early indication of how likely a treatment is to work might allow us to adapt treatment – switching some patients to an alternative drug that is more likely to benefit them.”

Dr Nathan Richardson, Head of Molecular and Cellular Medicine at the MRC, said: “It is exciting to see that using advances in diagnostic techniques, such as genetic tests for circulating tumour DNA, we may be able to more accurately define groups of patients and help us deliver the right treatment to the right patient sooner. This study provides early evidence that might help us understand sooner when a drug is successfully treating breast cancer, and if not, it can be discontinued and better approaches pursued.”

The research also received funding from the charity Breast Cancer Now and the pharmaceutical company Pfizer.

The research has been published in the journal Nature Communications.