Researchers have developed a new method to predict the physical stability of drug candidates, which could help with the development of new and more effective medicines for patients… 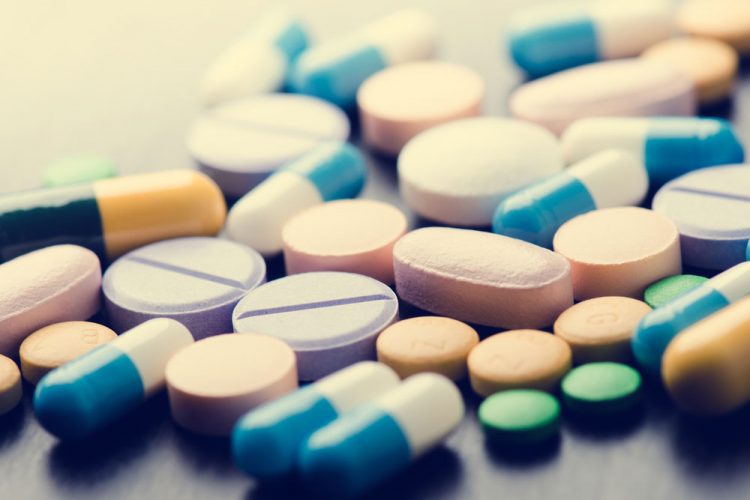 Researchers from the UK and Denmark have developed a new method to predict the physical stability of drug candidates, which could help with the development of new and more effective medicines for patients. The technology is being developed for use in the pharmaceutical industry in order to make medicines that are more easily released into the body.

The researcher’s method solves an old problem: how to predict when and how a solid will crystallise. Using optical and mechanical measuring techniques, they found that localised movement of molecules within a solid is ultimately responsible for crystallisation.

Solids behave differently depending on whether their molecular structure is ordered (crystal) or disordered (glass). Chemically, the crystal and glass forms of a solid are exactly the same, but they have different properties.

One of the desirable properties of glasses is that they are more soluble in water, which is especially useful for medical applications. To be effective, medicines need to be water-soluble, so that they can be dissolved within the body and reach their target via the bloodstream.

“Most of the medicines in use today are in the crystal form, which means that they need extra energy to dissolve in the body before they enter the bloodstream,” said study co-author Professor Axel Zeitler from Cambridge’s Department of Chemical Engineering & Biotechnology. “Molecules in the glass form are more readily absorbed by the body because they can dissolve more easily, and many glasses that can cure disease have been discovered in the past 20 years, but they’re not being made into medicines because they’re not stable enough.”

After a certain time, all glasses will undergo spontaneous crystallisation, at which point the molecules will not only lose their disordered structure, but they will also lose the properties that made them effective in the first place. A long-standing problem for scientists has been how to predict when crystallisation will occur, which, if solved, would enable the widespread practical application of glasses.

“This is a very old problem,” said Prof Zeitler. “And for pharmaceutical companies, it’s often too big of a risk. If they develop a drug based on the glass form of a molecule and it crystallises, they will not only have lost a potentially effective medicine, but they would have to do a massive recall.”

In order to determine when and how solids will crystallise, most researchers had focused on the glass transition temperature, which is the temperature above which molecules can move in the solid more freely and can be measured easily. Using a technique called dynamic mechanical analysis as well as terahertz spectroscopy, Prof Zeitler and his colleagues showed that instead of the glass transition temperature, the molecular motions occurring until a lower temperature threshold, are responsible for crystallisation.

These motions are constrained by localised forces in the molecular environment and, in contrast to the relatively large motions that happen above the glass transition temperature, the molecular motions above the lower temperature threshold are much subtler. While the localised movement is tricky to measure, it is a key part of the crystallisation process.

Given the advance in measurement techniques developed by the Cambridge and Copenhagen teams, drug molecules that were previously discarded at the pre-clinical stage can now be tested to determine whether they can be brought to the market in a stable glass form that overcomes the solubility limitations of the crystal form.

“If we use our technique to screen molecules that were previously discarded, and we find that the temperature associated with the onset of the localised motion is sufficiently high, we would have high confidence that the material will not crystallise the following manufacture,” said Prof Zeitler. “We could use the calibration curve that we describe in the second paper to predict the length of time it will take the material to crystallise.”