Simultaneous chemo and immunotherapy is effective in metastatic bladder cancer 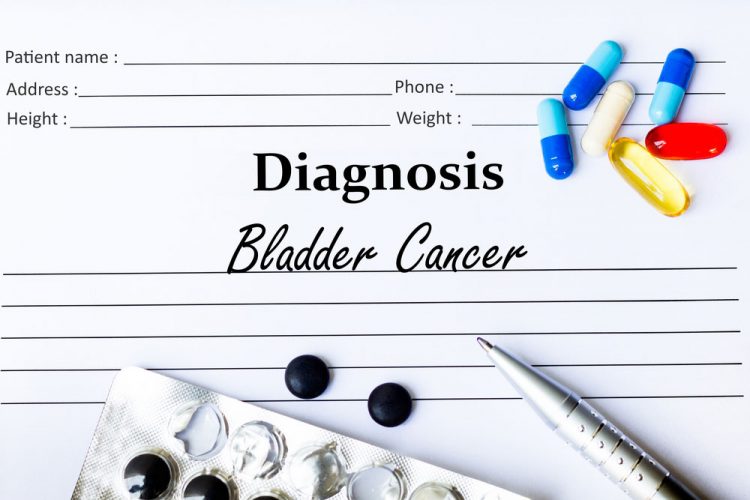 Researchers have discovered that giving metastatic bladder cancer patients simultaneous chemotherapy and immunotherapy is safe and that patients whose tumours have certain genetic mutations may respond particularly well to this combination approach.

Though chemotherapy and immunotherapy have become standard options for the treatment of metastatic bladder cancer, it was previously unknown whether these therapies could be given together and whether chemotherapy’s side effect of weakening the immune system would inhibit immunotherapy. The phase 2 trial was conducted at six cancer centres, and patients in the trial did not show any additional or more severe side effects than patients given chemotherapy or immunotherapy alone, a finding that showed the combination therapy is a safe alternative.

Because chemotherapy and immunotherapy are the two pillars of treatment for metastatic bladder cancer, we sought to better understand how these treatments might be best given together

Researchers also generated evidence showing that immunotherapy could boost immune cells in the blood of patients receiving concurrent chemotherapy, easing previous concerns that chemotherapy might counteract the effects of immunotherapy.

“Because chemotherapy and immunotherapy are the two pillars of treatment for metastatic bladder cancer, we sought to better understand how these treatments might be best given together,” said Dr Matthew Galsky, Director of Genitourinary Medical Oncology and Professor of Urology, Medicine, Hematology and Medical Oncology at The Tisch Cancer Institute at the Icahn School of Medicine at Mount Sinai, and Principal Investigator of the study. “Already the results of this trial have inspired the creation of two more trials that seek to better the treatment of bladder cancer patients by combining chemotherapy with immunotherapy.”

One of the new trials, which Dr Galsky is heading at Mount Sinai and other centers, gives chemotherapy and immunotherapy to a subset of patients with earlier-stage bladder cancer to determine if this combination can head off the need for surgery to remove the bladder, a standard treatment but one with quality-of-life-altering implications that include wearing a urostomy bag outside the body to collect urine. The other trial combines two different chemotherapy regimens with immunotherapy to determine the best types of chemotherapy drugs to combine with immunotherapy.

Dr Galsky said that the current trial epitomises the importance of team science. Dr Galsky, as well as Dr Andrew Uzilov, Director of Cancer Genomics for Sema4, and Dr Huan Wang, Sema4 bioinformatics scientist, and other researchers hypothesized that patients with tumours with particular genetic mutations might respond best to the combination of chemotherapy and immunotherapy. And indeed, they found that certain types of mutations in DNA damage response (DDR) genes were associated with better response to the combined chemotherapy and immunotherapy. If validated in subsequent studies, these findings could add a novel biomarker to the “precision oncology toolbox” and refine the selection of patients who might benefit from concurrent administration of chemotherapy and immunotherapy.

“Our work is an example of using genomics to enable precision medicine. By looking for loss-of-function mutations in DDR genes, we may be able to predict who will do well on a combined chemotherapy plus immunotherapy regimen,” explained Dr Uzilov. “In our study, we looked at a pool of 55 DDR genes as predictive biomarkers. We are now exploring further which of these genes, and what types of mutations within them, best predict treatment response, as well as the interplay of DDR status with other predictors of immunotherapy response.”

The results of the clinical trial have been published in European Urology.