FDA advances the development of innovative products for OUD 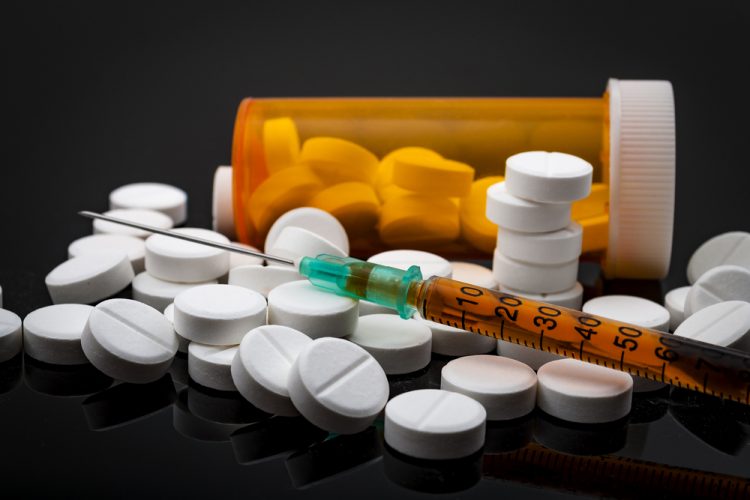 The US Food and Drug Administration has announced the latest action to encourage and support the development of treatment options for people with opioid use disorder (OUD). The agency has released the first of two new draft guidance intended to aid industry in developing new medications for use in medication-assisted treatment (MAT) for opioid dependence. The first guidance, released, explains the FDA’s current thinking about drug development and clinical trial design issues relevant to the study of sustained-release “depot” buprenorphine products (i.e, modified-release products for injection or implantation).

“Today’s action by FDA reflects the Trump Administration’s commitment to bringing the best science we have to bear in the fight against opioid addiction. We know medication-assisted treatment is effective in treating addiction, and we at the Department of Health and Human Services are using every avenue we have to boost access to it,” said HHS Secretary Alex Azar. “FDA Commissioner Scott Gottlieb has made advancing medication-assisted treatment a priority at FDA in particular, and we believe this new guidance can help accelerate the pathway for developing new drugs and new formulations of existing drugs.”

Use of MAT for opioid dependence relies on prescription drugs, including buprenorphine, methadone and naltrexone, to stabilise brain chemistry; reduce or block the euphoric effects of opioids; relieve physiological cravings; and normalise body functions. Regular adherence to MAT with buprenorphine helps patients gain control over their use of opioids, without causing the cycle of highs and lows, intoxication and withdrawal associated with opioid misuse or abuse. At proper doses, buprenorphine can also block the pleasurable effects of other opioids, making continued opioid abuse less attractive. Passive-compliance formulations (those that do not require taking a daily medication), such as sustained-release depots or implantable devices that release a continuous level of the drug, can provide effective treatment of opioid dependence that may also result in less misuse, abuse or accidental exposure compared to the self-administered formulations such as transmucosal tablets and films, which are absorbed through mucous membranes of the mouth.

“Unfortunately, far too few people who suffer from opioid use disorder are offered an adequate chance for treatment that uses safe and effective medications,” said FDA Commissioner Dr Scott Gottlieb. “The FDA will continue to encourage more widespread innovation and development of new and better treatments for opioid addiction as well as tackle the unfortunate stigma that’s sometimes associated with the use of these treatments. More widespread adoption of treatment with safe and effective medications, coupled with relevant social, medical and psychological services, has the highest probability of being the most effective way to help those suffering from opioid addiction transition to lives of sobriety.”

The FDA’s draft guidance, “Opioid Dependence: Developing Buprenorphine Depot Products for Treatment,” focuses on ways drug companies can more efficiently explore innovations in depot buprenorphine products. A proposed depot buprenorphine product that is similar to an approved product, including in exposure levels to the drug, may have characteristics (e.g, delivery system or formulation) that make it ineligible to be a generic drug approved under an abbreviated new drug application. This draft guidance clarifies that such a product can be submitted in an application under the pathway described in section 505(b)(2) of the Federal Food, Drug, and Cosmetic Act, which can provide a more streamlined development pathway.

This draft guidance also explains the types of studies the FDA recommends for depot buprenorphine products that are similar to an approved depot product, as well as depot buprenorphine products with novel features relative to approved depot products. For example, the draft guidance provides information on efficacy studies including trial design, recommended efficacy endpoints, and novel efficacy endpoints that can help researchers link exposure levels to the safety and benefit of new, longer-acting formulations of existing drugs.

As part of the FDA’s ongoing work to support the treatment of those with OUD, the agency hosted a Patient Focused Drug Development meeting on April 17 to hear patients’ perspectives on OUD, including the effects on their health and well-being that have the greatest impact on daily life, their experience using prescription medical treatments and other treatments or therapies for OUD, and challenges or barriers to accessing or using medical treatments for OUD.

This new draft guidance is an additional step the FDA is taking as part of the agency’s broad efforts to support the treatment of those with OUD. The FDA also intends to issue additional guidance that will provide a framework for the development of novel clinical endpoints that can form the basis of additional MAT product approvals. For example, in future guidance, the FDA intends to provide assistance to drug companies to help them develop a validated measurement of “craving” or “urge to use” illicit opioids to complement other endpoints and to determine how it supports the goal of sustained abstinence.

Improving access to prevention, treatment and recovery services, including the full range of MAT, is a focus of the FDA’s ongoing work to reduce the scope of the opioid crisis and one part of the HHS’ Five-Point Strategy to Combat the Opioid Crisis. The FDA remains committed to addressing this national crisis on all fronts, with a significant focus on decreasing exposure to opioids and preventing new addiction; supporting the treatment of those with opioid use disorder; fostering the development of novel pain treatment therapies; and taking action against those who contribute to the illegal importation and sale of opioid products. The agency will also continue looking at how drugs currently on the market are used, in both medical and illicit settings, and take action where needed.