A novel approach to immunotherapy developed by researchers at the National Cancer Institute (NCI) has led to the complete regression of breast cancer in a patient who was unresponsive to all other treatments. 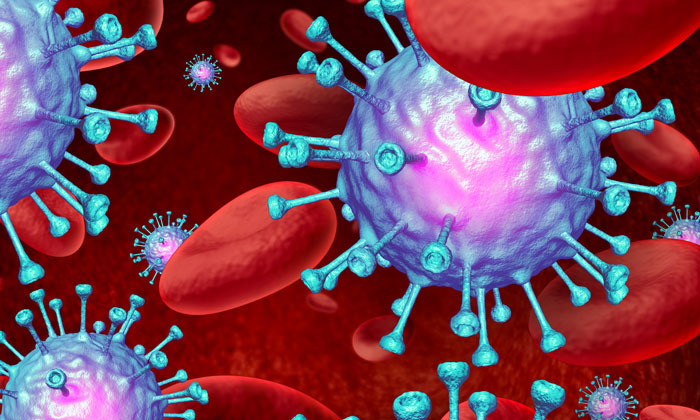 This patient received the treatment in a clinical trial led by Steven A. Rosenberg, M.D., Ph.D., chief of the Surgery Branch at NCI’s Center for Cancer Research (CCR), and the findings are in Nature Medicine. NCI is part of the National Institutes of Health.

“We’ve developed a high-throughput method to identify mutations present in a cancer that are recognised by the immune system,” Dr. Rosenberg said.

“This research is experimental right now. But because this new approach to immunotherapy is dependent on mutations, not on cancer type, it is in a sense a blueprint we can use for the treatment of many types of cancer.”

The new immunotherapy approach is a modified form of adoptive cell transfer (ACT). ACT has been effective in treating melanoma, which has high levels of somatic, or acquired, mutations. However, it has been less effective with some common epithelial cancers, or cancers that start in the lining of organs, that have lower levels of mutations, such as stomach, esophageal, ovarian, and breast cancers.

In an ongoing phase 2 clinical trial, the investigators are developing a form of ACT that uses tumour-infiltrating lymphocytes (TILs) that specifically target tumour cell mutations to see if they can shrink tumours in patients with these common epithelial cancers. As with other forms of ACT, the selected TILs are grown to large numbers in the laboratory and are then infused back into the patient (who has in the meantime undergone treatment to deplete remaining lymphocytes) to create a stronger immune response against the tumour.

A patient with metastatic breast cancer came to the trial after receiving multiple treatments, including several chemotherapy and hormonal treatments, that had not stopped her cancer from progressing. To treat her, the researchers sequenced DNA and RNA from one of her tumours, as well as normal tissue to see which mutations were unique to her cancer, and identified 62 different mutations in her tumour cells.

The researchers then tested different TILs from the patient to find those that recognised one or more of these mutated proteins. TILs recognised four of the mutant proteins, and the TILs then were expanded and infused back into the patient. She was also given the checkpoint inhibitor pembrolizumab to prevent the possible inactivation of the infused T cells by factors in the tumour microenvironment. After the treatment, all of this patient’s cancer disappeared and has not returned more than 22 months later.

“This is an illustrative case report that highlights, once again, the power of immunotherapy,” said Tom Misteli, Ph.D., director of CCR at NCI. “If confirmed in a larger study, it promises to further extend the reach of this T-cell therapy to a broader spectrum of cancers.”

Investigators have seen similar results using mutation-targeted TIL treatment for patients in the same trial with other epithelial cancers, including liver cancer and colorectal cancer.  Dr. Rosenberg explained that results like this in patients with solid epithelial tumours are important because ACT has not been as successful with these kinds of cancers as with other types that have more mutations.

He said the “big picture” here is this kind of treatment is not cancer-type specific. “All cancers have mutations, and that’s what we’re attacking with this immunotherapy,” he said.

“It is ironic that the very mutations that cause the cancer may prove to be the best targets to treat the cancer.”

For more on the clinical trial, see: https://clinicaltrials.gov/ct2/show/NCT01174121