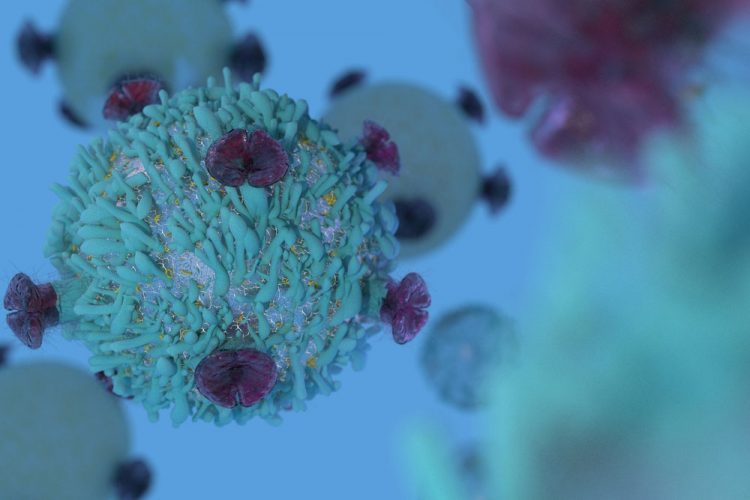 Researchers have reported that using a targeted therapy to block a protein that suppresses T cell activity could improve cancer treatment with immune checkpoint inhibitors.

The research team at The University of Texas MD Anderson Cancer Center showed that EZH2 is elevated in immune T cells in patients after treatment with ipilimumab, a drug that unleashes an immune response by blocking the activity of CTLA-4 on T cells, white blood cells that serve as the targeted warriors of the adaptive immune system.

“Immune checkpoint therapy has led to significant clinical responses in some patients but in order to provide benefit to even more patients, we will need rationally designed combination therapies,” said senior author Dr Padmanee Sharma, Professor of Genitourinary Medical Oncology and Immunology.

“Our studies show that anti-CTLA-4 therapy can lead to increased EZH2 expression in T cells, which can act to diminish T cell responses,” Dr Sharma said.

Preclinical research in mouse models showed that combination therapy using a drug that inhibits EZH2 and ipilimumab improved T cell responses, tumour rejection and extended survival. MD Anderson researchers have translated these findings into the clinic, with a phase I clinical trial of the combination open this spring.

The team’s research began with an observation in Sharma’s lab with experiments conducted by first author Dr Sangeeta Goswami, who was studying patient samples from a clinical trial of ipilimumab. Sharma’s team, working through MD Anderson’s Immunotherapy platform, examined samples from bladder cancer, prostate cancer and melanoma patients taken before and after treatment to analyse changes in immune activity.

Dr Goswami found EZH2 levels in patients’ T cells elevated after treatment with ipilimumab and that increase was correlated in prostate cancer patients with cancer progression as measured by prostate-specific antigen levels.

EZH2 is known to work epigenetically, repressing genes by regulating a histone protein to stabilise expression of a transcription factor in regulatory T cells that act to suppress an immune response.

To better understand the consequences of EZH2 elevation, Dr Goswami, Dr Sharma and colleagues conducted a series of lab experiments.

They were the first to show that EZH2 inhibition enhances the function of effector T cells (CD8+ and CD4+ T cells). Dr Goswami ran a series of tests on four different inhibitors and showed for the first time that CPI-1205 had the greatest effect suppressing T cell differentiation into regulatory T cells.

Follow-up experiments showed that EZH2 inhibition forced regulatory T cells to lose their suppressive capacity, changing their phenotype to effector-like T cells. Additionally, mice genetically altered to lack EZH2 on their regulatory T cells had significant tumour regression compared to control mice after inoculation with a bladder cancer cell line. They also had elevated levels of CD8-positive T cells in and around their tumours

T cells are activated by CD28, a co-stimulatory molecule that fires up the cells once their T cell receptor has connected with an antigen target. CD28 also turns on CTLA-4, an immune checkpoint. The team hypothesized that blocking CTLA-4 with ipilimumab results in exaggerated CD28 signalling that increases EZH2 in T cells.

Treatment with the ipilimumab and CPI-1205 combination caused major reductions in tumour growth, significantly increased survival, reduced the percentage of regulatory T cells and increased tumour-penetrating effector cells compared to treatment with either drug alone in two types of mice, one that develops bladder cancer and one with melanoma.

Treating mice that have EZH2 knocked out with ipilimumab resulted in complete tumour rejection by the immune system.

No immune-related toxicities were observed in mice treated with the combination.

The phase I clinical trial at MD Anderson is a safety and dosing trial that treats patients with advanced tumours with either combination of CPI-1205 and ipilimumab or CPI-1205 and pembrolizumab, which blocks PD1, a different immune checkpoint.

The study has been reported in the Journal of Clinical Investigation.