Nanofiber-based wound dressings loaded with vitamin D spur the production of an antimicrobial peptide, a key step forward in the battle against surgical site infections… 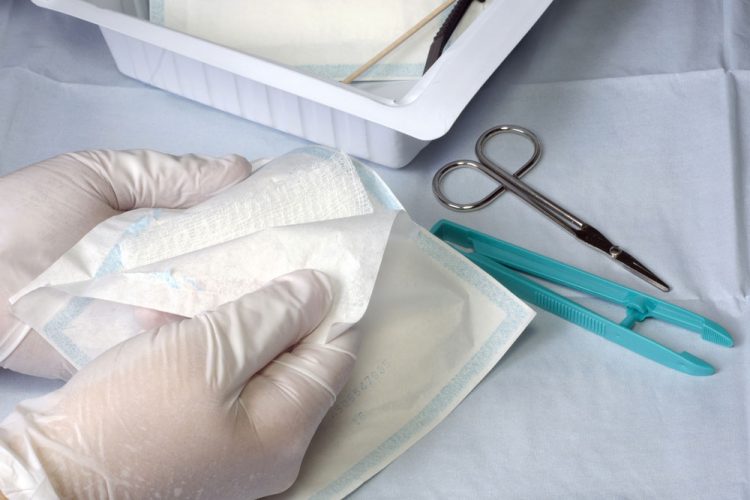 Nanofiber-based wound dressings loaded with vitamin D spur the production of an antimicrobial peptide, a key step forward in the battle against surgical site infections, or SSIs.

The findings by Oregon State University researchers and other collaborators are important because SSIs are the most common healthcare-associated infection and result in widespread human suffering and economic loss.

The dressings the researchers created proved capable of delivering vitamin D on a sustained basis over four weeks, and they significantly induced production of a peptide, hCAP18/LL37, that kills microbes by disrupting their membranes.

“In past research with nanofiber-based sutures we used the inactive form of vitamin D – which is 25-hydroxyvitamin D3 – and a toll-like receptor ligand that was activating cells to convert 25D3 to the bioactive form, 1,25D3,” said the other co-corresponding author, Jingwei Xie, Assistant Professor at the University of Nebraska Medical Center. “Here we bypassed that and went straight to the active form. The dressing just released it and it started turning on the vitamin D target genes, one of which produces the LL37 peptide.”

Because the dressings work by enhancing innate immune responses rather than by containing conventional, single-target antimicrobial compounds, they are less likely to contribute to drug resistance. The dressings were tested on human skin (collected from plastic surgery patients) in a culture dish, as well as in vitro with keratinocyte and monocyte cell lines, and in vivo in a mouse model.

“This study was proof of principle,” said co-author Arup Indra, Associate Professor of pharmacy at OSU. “It looks like we can induce the genes in a model system and now we can start looking at healing and infection.”

“Our study suggests that 1,25D3-induced expression of hCAP18 by these nanofiber dressings is a step forward to improving wound healing,” Gitali Indra said.

The study has been published in Nanomedicine.