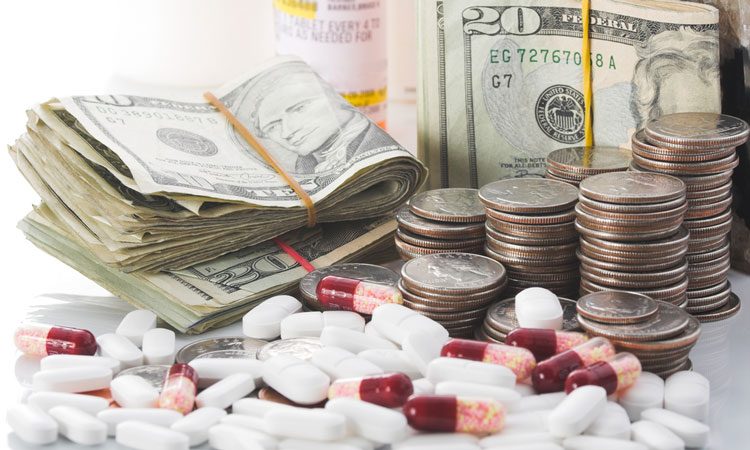 Researchers from the University of Pittsburgh School of Pharmacy, UPMC Health Plan and Harvard Medical School identified that prices for drugs under shortage between 2015 and 2016 increased more than twice as fast than expected in the absence of a shortage.

Researchers used the Food and Drug Administration (FDA) drug shortages database to identify an active shortage of 917 drugs between December 2015 and December 2016. They obtained drug information such as their generic name and National Drug Code numbers.

The team went on to use pricing data from AnalySource to extract monthly wholesale acquisition costs for each drug.

After determining the shortage start dates and acquisition costs, drugs without this information were excluded, leaving a total of 617 for investigation by the team.

They began in the month that the shortage began, and the 12 months before and after. In the 11 months after the shortage the expected price increase for the drugs was 20 percent, in comparison to a 9 percent rise in the absence of a shortage.

Prescription drug shortages cause approximately an additional $230 million in costs each year. This is due to the shortages, and also because of the higher costs of substitution drugs.

This substitution of drugs could lead to people taking less effective drugs, delays for patients in treatments vital for their health, or omissions or reductions in doses.

Ordinarily, drug companies have increased prices twice a year, once in January and once in the summer, however this has lessened to once a year in recent times due to greater scrutiny. Other drug companies rely on the fact that they are the only manufacturers of a drug, and so increase the price dramatically.

First author of the study Dr Inmaculada Hernandez wrote about how these price increases mean an additional $230 million is spent on drugs.

The researchers have speculated that the price increases reflect the behaviour of opportunistic manufacturers during shortages, thus leading to an increased willingness to pay when the imbalance between supply and demand persists.

The study was reported in the journal Annals of Internal Medicine.