A new low-cost, cell culture platform technique may provide insight for more effective cancer treatment, according to the researchers who developed it… 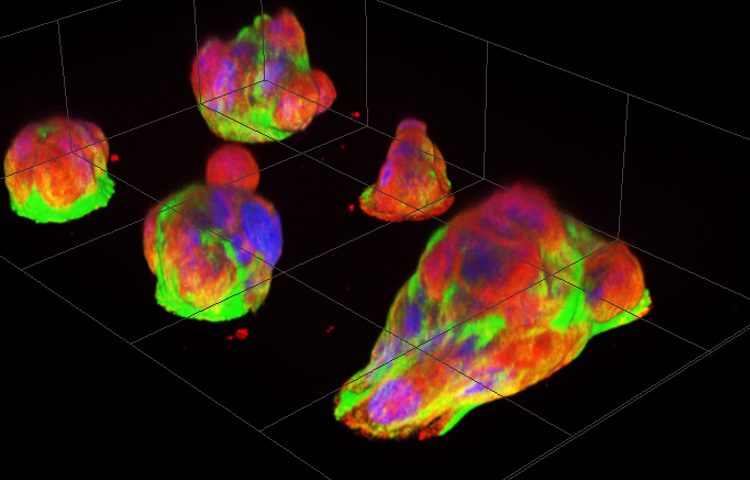 An improved understanding of liver cancer cells is promised by the development of a new cell culture micro-platform, which enables researchers to observe for the first time the behaviours of live cancer cells under the microscope.

Developed by researchers at Hokkaido University, Japan, the easy-to-produce platform offers cancer cells micro-scale attachment sites that reveal never-before-seen behaviours relevant to cancer’s clinical properties. The observations are shedding new light on the mechanisms behind properties of pancreatic cancer and may lead to the development of new treatment targets.

Research leader Assistant Professor Yukiko Miyatake said: “Cancer studies so far, either use cell cultures in which cancer cells don’t necessarily behave naturally, or tissue samples that don’t allow live observation. So, there is a big gap in our knowledge of how cancer cells behave.”

To close that gap, Prof Miyatake, who focuses on cancer development mechanisms, partnered with Associate Professor Kaori Kuribayashi-Shigetomi, who specialises on micro-nano-scale bio-engineering.

They created a new cell culture substrate from a coated glass slide, with etched islands of 30µm diameter. That is just enough space, in the case of healthy cells, for one or two to attach. When the slides were seeded with pancreatic cancer cells and incubated overnight, the cells self-organised into micro-tumours that could move in a concerted way, as one organism. The researchers also tried other cancer cells with similar results.

Precursors to the micro-tumours turned out to be papillary structures that accommodate four or more cells by cell-in-cell invasion. Known as entosis, the process is so far known only as a step in cell degradation. The incorporated cells remained alive and the incorporation proved reversible, to the scientists surprise.

When the micro-tumours were treated with the widely used anti-cancer agent Nocodazole, the micro-tumour disintegrated, but the detached cells survived. The micro-tumours were observed “fishing” for surrounding dead cells and ingesting them. During that process they released chemical markers typical for dead cells, which ended up on the cancer cells’ surfaces. This was thought to  mask them and enabled them to evade the immune system’s killer cells, the researchers suggested.

Commenting on the research intended to help remedy one of the most lethal malignant tumours, Prof Miyatake said: “I hope this easy and low-cost technique will find widespread adoption. If the discoveries made during these first observations are physiologically or pathologically relevant phenomena, many more new hints may be gleaned for the development of more effective cancer treatment approaches.” Read more about the research here.

Meanwhile, survival rates associated with primary liver cancer depend on how advanced it is at diagnosis and many other factors, such as your individual condition, type of liver cancer, treatment and level of fitness, according to Cancer Research UK. For adults diagnosed with liver cancer in England, about 36 out of 100 people (36%) will survive their cancer for one year or more after diagnosis. For more than 12 in 100 people (over 12%) will survive their cancer for five years or more after diagnosis.