HER2+ breast cancers may benefit from short-course trastuzumab 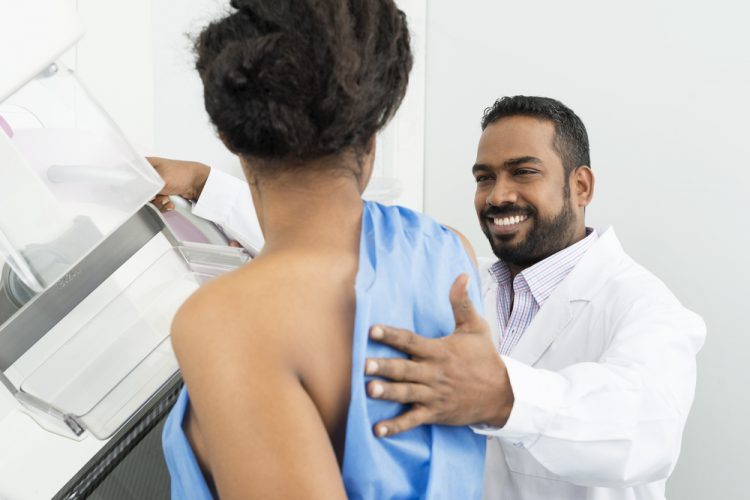 Women with HER2-positive early breast cancer with small tumours have similar disease-free survival and lower risk of cardiac toxicity with a nine-week course of adjuvant trastuzumab compared to those treated for one year, according to a subgroup analysis of the Short-HER trial.

A second study showed that a six-month course of adjuvant trastuzumab was cost-effective compared to 12 months, with an average cost saving of nearly £10,000 per patient.

Current guidelines recommend one year of anti-HER2 antibody therapy as part of standard adjuvant treatment for HER2-positive early breast cancer patients based on the duration of treatment used in pivotal registration trials. There is interest in whether a shorter course of trastuzumab could potentially achieve similar efficacy with lower risk of side-effects and costs.

The Short-HER trial randomised 1254 HER2-positive early breast cancer patients to either nine weeks or one year’s treatment with trastuzumab, with both groups also receiving chemotherapy. Results after a median of six years’ follow-up showed the short course did not achieve non-inferiority but was associated with a reduction in the rate of severe cardiac toxicity.

The researchers have now analysed whether there are subgroups of patients where a shorter course of trastuzumab may be non-inferior to a longer course. Multivariate analysis showed that pathologic tumour size (pT) and nodal status (N) were independent prognostic factors for disease-free survival (DFS).

“The study was underpowered because of difficulties in recruiting patients in a reasonable time so non-inferiority could not be claimed based on the results,” said lead author Dr Pierfranco Conte, Professor of Oncology at the University of Padua and Director of the Division of Medical Oncology at the Instituto Oncologico Veneto, Padua, Italy. He added: “Based on our data, one year trastuzumab remains the standard treatment for women with HER2-positive early breast cancer,”

Commenting on the study, Professor Nadia Harbeck, Head of the Breast Centre, University of Munich, said: “The results of this analysis showed that patients with a high tumour load definitely derive substantial benefit from longer duration trastuzumab.”

She added: “The results may impact on clinical decision-making, although it is an exploratory analysis of a negative trial so does not meet the criteria to be practice changing. I think it will influence clinicians and patients in that if patients cannot complete one year of trastuzumab, those patients with low tumour burden can feel reassured that they have not lost out on efficacy.”

A second study showed that a six-month course of adjuvant trastuzumab was cost-effective compared to 12 months, giving an average cost saving of nearly £10,000 per patient with no evidence of detriment to quality of life.

Researchers analysed the cost-effectiveness of a six-month course of adjuvant trastuzumab compared to the standard 12-month course in patients with HER2 positive early breast cancer taking part in the PERSEPHONE trial. This is the largest phase 3 randomised trial to compare six months with 12 months of trastuzumab and demonstrated non-inferiority of reduced-duration trastuzumab.

The new study analysed health service activity and costs in addition to quality of life in 4009 patients who were disease free at six months; 250 were excluded due to lack of data. In a landmark analysis six months into treatment the researchers estimated the cost-effectiveness of six months of trastuzumab compared to a 12-month course of trastuzumab from the perspective of the health and social care sector over two years of follow-up.

Treating for six months gave an average cost saving of £9,793.25 per patient. Trastuzumab treatment and administration accounted for the vast majority of this cost saving, with the remainder arising from cardiac assessment and treatment costs and inpatient days.

The average Quality Adjusted Life Years (QALYs) for an individual in the 6-month arm and 12-month arm were 1.146 and 1.128, respectively, giving an average QALY difference of 0.018. Thus the 6-month treatment arm dominated, with a probability of being cost-effective of 100%.

“A six-month duration of adjuvant trastuzumab with chemotherapy was found to be cost-effective compared with 12 months, which is currently the standard of care,” said lead author Dr Claire Hulme, Professor of Health Economics at the Academic Unit of Health Economics, University of Leeds, Leeds, UK.

She added: “The results, alongside the clinical effectiveness results demonstrating non-inferiority, are the first steps in the safe reduction of treatment for many women with HER-2 positive breast cancer. They present an opportunity for significant cost savings for health service providers.”

Prof Hulme acknowledged that a limitation of the study was that it was a landmark study, which meant the researchers looked only at a specific timepoint from six months into trastuzumab treatment. She said the research group intends to carry out further sensitivity analysis and to assess the financial costs of treatment to patients rather than only from the perspective of health service providers.

Prof Harbeck commented: “Showing that it was more economical to treat with six months of trastuzumab versus 12 months is an important contribution for global access to treatment.” But she added: “The subgroup analysis of PERSEPHONE could not exclude a benefit of one year trastuzumab in clinically relevant subgroups, so one year remains the standard duration. And we now have biosimilars, which could also help to increase access to treatment in countries where there is no general access.”

Looking to the future, she said: “We should not do these trials assuming ‘one size fits all’ for the whole population but we should take into account patients’ individual responses to neoadjuvant anti-HER2 therapy and ask the question whether patients who have sufficient response may forgo further therapy.” She noted that recent research has also shown that high-risk patients benefit from two HER-2 antibodies, such as trastuzumab and pertuzumab, more than one.

The Short-HER trial was reported at the European Society for Medical Oncology 2018 Congress.