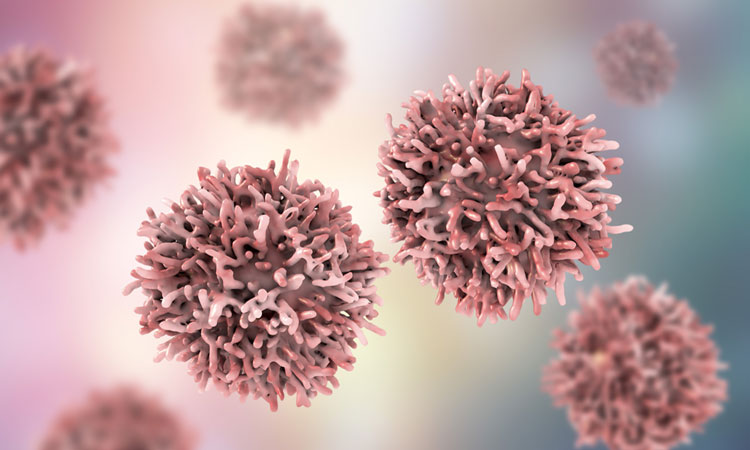 An antibody that binds simultaneously to two distinct regions of the HER2 receptor to block the growth of cancer cells has shown promising signs of anti-tumour activity in a number of cancers including those of the gullet (oesophagus), stomach and bowel.

Results from the phase I clinical trial of the drug, called ZW25, had been presented earlier this year, but recently, updated results have been made available, focusing on patients with oesophageal, stomach, bowel and several other cancers driven by HER2.

HER2, a member of the human epidermal growth factor receptor family, is best known for the role it plays in breast cancer. Trastuzumab (Herceptin) is an effective treatment for HER2-positive breast cancers. Stomach cancers that are driven by HER2 also respond well to trastuzumab, but if the cancer returns in these patients, there are no further approved HER2 targeted agents. Unfortunately, for patients with other HER2 driven cancers, there are currently no approved HER2 targeted agents.

Dr Murali Beeram, a medical oncologist and clinical investigator at the START Center for Cancer Care, San Antonio, USA, told the Symposium that a total of 24 patients, who had received several previous therapies (an average of four) but whose cancers had returned, have been given between one and ten cycles of ZW25 since joining the phase I trial, which started in September 2016 (either 10 mg/kg weekly or 20 mg/kg every other week). All had HER2 positive cancers, including cancers of the oesophagus and stomach (gastroesophageal) (10 patients), bowel (5), gall bladder (3), bile duct (1), cervix (1), endometrial (1) fallopian tube (1), skin (adnexal) (1), and parotid gland (1), and eight of these patients remain in the trial.

The latest results in 17 patients with responses available for evaluation show that 13 experienced shrinkage of their tumour. The median time the patients survived without their disease progressing was 6.21 months. Side effects have been mostly mild or moderate with the most common being diarrhoea or a reaction to the infusion of the drug.

Dr Beeram said: “As a clinician, I am excited by the single agent anti-tumour activity and tolerability we are seeing with ZW25, particularly in these patents with advanced HER2 expressing cancers that have progressed after multiple prior therapies, including HER2 targeted agents. In fact, trastuzumab is the only HER2 targeted therapy approved for gastric cancer and there are no approved HER2-targeted therapies for other types of cancer that are driven by the HER2 receptor. ZW25 has been well tolerated to date, which should allow it to be used in combination with other agents for potentially even better responses.”

ZW25 is an antibody that can simultaneously bind two distinct regions of the HER2 receptor, a protein that promotes the growth of cancer cells. Dr Beeram explained: “This unique design results in multiple mechanisms of action, including dual HER2 signal blockade, increased binding, and removal of HER2 protein from the cancer cell surface; it also stimulates the immune system to attack the cancer cells. This has led to encouraging anti-tumour activity in patients whose tumours have stopped responding to approved therapies, and who are in desperate need of new medicines that provide anti-tumour activity without excessive toxic side effects. The impressive activity of ZW25, combined with its tolerability, is notable and should be investigated further.”

In addition to the cancers already mentioned, a number of others also are driven by the HER2 protein; they include cancers of the womb, ovaries, lung and bladder. Zymeworks, the company that developed ZW25, has expanded the study and a phase II/III study for patients with oesophageal, stomach, and other cancers is planned for next year. In addition, studies are planned to investigate ZW25 in combination with other anti-cancer drugs in patients with cancers that have an overabundance of HER2 receptors and copies of the HER2 gene, and also in those with fewer HER2 receptors and gene copies.

Co-chair of the EORTC-NCI-AACR Symposium, Professor Antoni Ribas from the University of California Los Angeles, who was not involved in the research, commented: “Although these are early results on a small number of patients, they suggest that this new HER2 targeted antibody can have an effect on difficult-to-treat cancers that have either failed to respond to previous therapies or have recurred. We look forward to further results from this study, as well as the further studies that are planned.”

The results of the clinical trial were presented at the Symposium on Molecular Targets and Cancer Therapeutics in Dublin, Ireland.