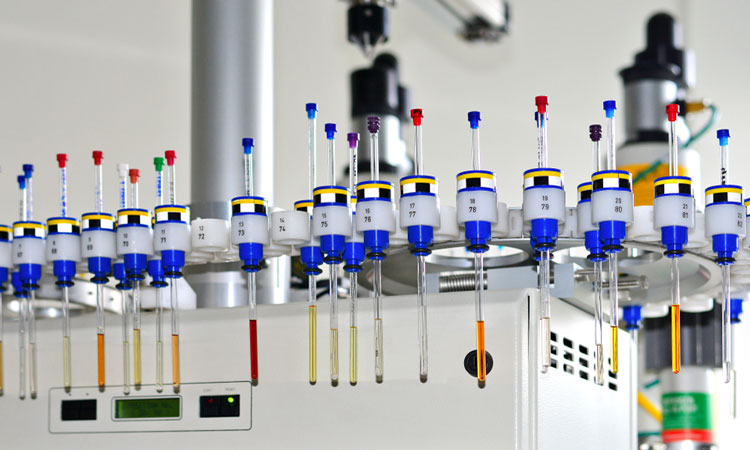 Researchers have developed a method to enhance the sensitivity of nuclear magnetic resonance (NMR) spectroscopy, to analyse structures in mere minutes.

NMR spectroscopy is a technique used to determine the structure of organic compounds, with the most common forms of analysis being proton (H) NMR and carbon NMR.

The research team that developed this method have stated that scientists are now able to analyse structures that have been more difficult to study until now. The new approach relies on short pulses of microwave power. Dr Robert Griffin, the Arthur Amos Noyes Professor of Chemistry at the Massachusetts Institute of Technology mentioned how it could enable scientists the study structures that would otherwise have taken years to solve.

“This technique should open extensive new areas of chemical, biological, materials, and medical science which are presently inaccessible,” said Prof Griffin, the senior author of the study.

NMR spectroscopy traditionally relies on the magnetic properties of atomic nuclei and reveals structures of the molecules that contain these nuclei. Using a strong magnetic field that interacts with the nuclear spins of hydrogen, carbon or nitrogen, NMR measures the chemical shift for the nuclei. As these shift are unique to each atom, they can be further exploited to show how they are connected.

Prof Griffin and Dr Richard Temkin developed a dynamic nuclear polarisation (DNP) technique over 25 years that enhances this polarisation, making it easier to discover the molecule’s structure. Despite the technique making it easier to determine the structure of the molecule, DNP uses a lot of power and does not work well with higher magnetic fields.

The research team looked at ways to deliver short pulses of microwave radiation, rather than continued exposure, and were able to enhance the polarisation by a factor of up to 200. The improvement seen using this technique is comparable with achieved using DNP, however only 7 percent of the power is used.

“We can transfer the polarisation in a very efficient way, through efficient use of microwave irradiation,” Dr Kong Ooi Tan, postdoc researcher and lead author of the paper, said. “With continuous-wave irradiation, you just blast microwave power, and you have no control over phases or pulse length.”

The research team tested their method on simpler glycerol-water mixtures with future focuses being centred around more complex molecules such as membrane-bound proteins – rhodopsins and ion channels, and the amyloid beta protein accumulating in the brains of Alzheimer’s patients.

The research was published in the journal Sciences Advances.