A study has found that long term aspirin use increases patients’ risk of major bleeding events by 43 percent, with 1 in 200 having a major bleed… 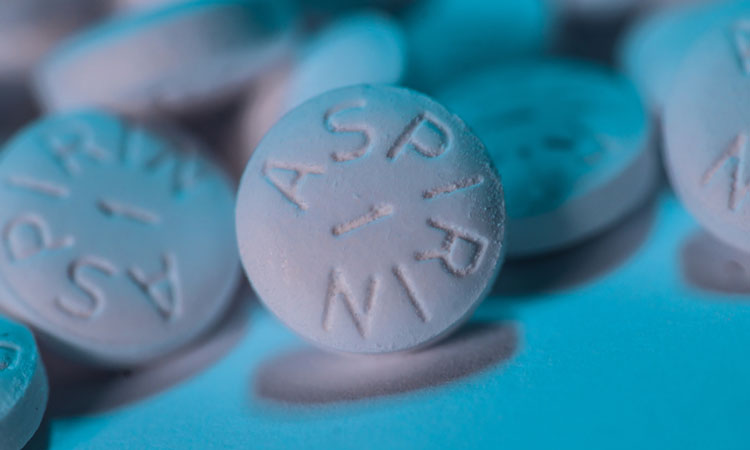 Taking aspirin on a regular basis could lead to a 50 percent increased risk of major bleeding.

Researchers at King’s College London and King’s College Hospital looked at the overall effect of aspirin on patients who did not have known cardiovascular disease, identifying that despite it being associated with a lower risk of heart attacks, it did lead to an increased risk of major bleeding.

Aspirin is a common medication used by many all over the world to relieve pain and reduce the risk of serious problems such as heart attacks or stroke. It works by having an antiplatelet effect – making blood ‘less sticky’, and thus preventing the formation of blood clots.

For those who have previously suffered from strokes and heart attacks, aspirin is known to reduce risks, however the  evidence of the role of aspirin in the initial prevention of cardiovascular events, is uncertain.

Scientists in the study looked at the outcomes of trials enrolling more than 1,000 participants with no known history of cardiovascular disease and included a follow-up after twelve months. Participants were split into three groups; those that took aspirin, those that took a placebo and the third group without treatment.

The research team found that aspirin was associated with an 11 percent lower risk of cardiovascular events, with around 43 percent of aspirin use being associated with major bleeding episodes – in comparison to those who did not take aspirin.

Dr Sean Zheng, Academic Clinical Fellow at King’s College London said: “This study demonstrates that there is insufficient evidence to recommend routine aspirin use in the prevention of heart attacks, strokes and cardiovascular deaths in people without cardiovascular disease.

“There has been more uncertainty surrounding what should be done in patients who are at higher risk of cardiovascular disease and in patients with diabetes. This study shows that while cardiovascular events may be reduced in these patients, these benefits are matched by an increased risk of major bleeding events.

“Aspirin use requires discussion between the patient and their physician, with the knowledge that any small potential cardiovascular benefits are weighed up against the real risk of severe bleeding.”

The study was published in the Journal of the American Medical Association (JAMA).