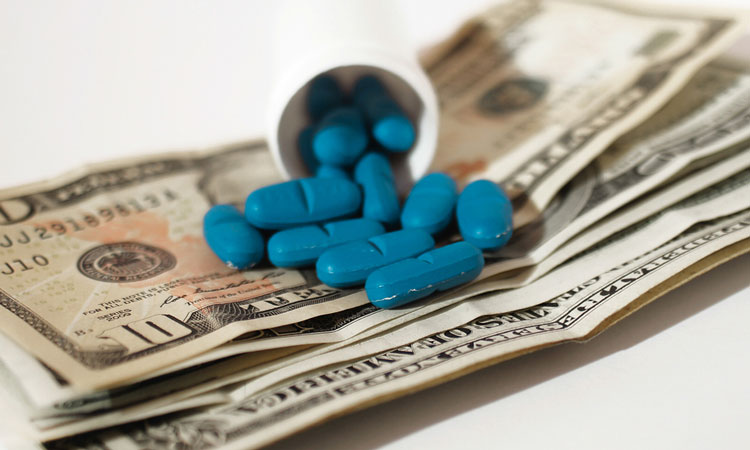 President Trump’s administration’s proposal to require pharmaceutical companies to publish drug prices in TV ads is unlikely to help control drug prices, according to a study.

The research found that consumer demand for high-priced drugs declined unless the drug ads included language explaining that the medication would be low-cost or no-cost because of insurance coverage or other discounts.

“In a world where coupon programs exist, consumers are unlikely to be influenced by price disclosures,” said Dr Jace Garrett, an Assistant Professor of Accounting in Clemson University’s College of Business and lead author of the study.

Coupon programs are a common marketing practice aimed at building market share. While they decrease a consumer’s out-of-pocket expense, they do not decrease the overall cost of the drug. The costs are passed along to insurance companies and, ultimately, find their way back to consumers in other channels.

Therefore, Prof Garrett said, price disclosures are “unlikely to create competition necessary to drive down prices. Drug companies will still make money and the status quo would remain the same.”

“Will price disclosure work at all? The answer is yes: price disclosure works, absent anything else,” said co-author Dr Bill Tayler, Professor of Accounting at Brigham Young University. “But in a world where pharmaceutical companies behave logically, they will surely use a modifier of sorts that would unwind the entire benefit of this legislation.”

For the study, Prof Garrett, Prof Tayler and a team of researchers at Johns Hopkins University showed 580 participants one of five ads for a fictional diabetes prescription drug, Mayzerium. The study participants were not patients; they had been told to assume they had recently been diagnosed with type 2 diabetes.

The ad in the control condition made no mention of the drug’s price while the other four disclosed either a low ($50 a month) or a high ($15,500 a month) price. In two “modified” ads, language was included indicating that eligible patients may be able to get the drug for as little as $0 a month because of insurance coverage or coupon availability.

“Price disclosure in drug ads works only under the ‘tell the price, only the price, nothing but the price’ scenario,” said co-author Dr Ge Bai, Associate Professor of Accounting at the Johns Hopkins Carey Business School.

For the Trump proposal to be effective, the administration must do something about pharmaceutical companies’ use of copay assistance programs.

“If we really want to bring drug prices down, consumers have to vote with their wallets, and consumers are most likely to do that when they feel the pinch of high drug costs,” Prof Garrett said.

Prof Tayler agreed with him: “Legislation requiring pharmaceutical companies to provide equivalent discounts to all payers would do the trick. If the drug is marked down 90 percent for the patient, mark it down 90 percent for their insurer as well. That would keep pharmaceutical companies from gaming the system via handouts to consumers while forcing the insurers to carry the full cost of overpriced drugs.”

The Trump administration is not the first to try to combat skyrocketing pharmaceutical prices; previous administrations have done their best to address the issue, as have others in the medical and health care industries. Exactly how Trump’s Health and Human Services proposal will look is still unclear, and Big Pharma is already pushing back – and showing signs of doing exactly what researchers in this study predicted.

A recent op-ed in USA Today by the president of the Pharmaceutical Research and Manufacturers of America said the proposal would be confusing to patients and might deter them from seeking needed care. “List prices are not a good indicator of what patients will pay, because their insurers determine what they pay out of pocket,” wrote Stephen J. Ubl.

“The suggested policy is unlikely to do harm, but it is also unlikely to help much to control pharmaceutical prices,” Prof Tayler said. “This is not the most effective route and it could be very costly in terms of the lawsuits that are going to result. Why fight the legal battle if it’s not going to work?”

The research was intended to help inform policymakers, but there’s also a message for consumers, Prof Garrett said.

“For all we say about wanting transparency about prices, if our own decisions are always motivated by our financial self-interest, having price information might not make a difference,” Prof Garret said.

The study was published in JAMA Internal Medicine.