The global pharmaceutical intermediates market is likely to see year-on-year growth in 2019, by an estimated 3.6 percent rate. 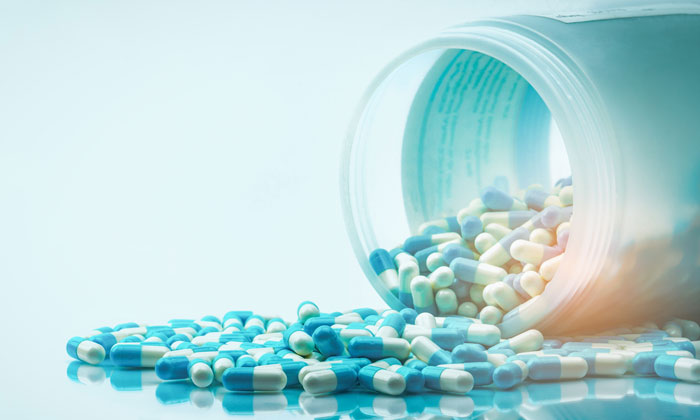 This is according to a new report by Future Market Insights which states that the global sales of pharmaceutical intermediates closed in on US$26 billion 2018.

The report also highlights the pivotal role of CROs (contract research organisations) and CMOs (contract manufacturing organisations) in shaping the pharmaceutical intermediates market, as they collectively contribute more than 60 percent to the market value. Pharma and biotech companies are also likely to develop as key end users of pharmaceutical intermediates in the near future.

The report opines that the prevalence rate of cardiovascular diseases and diabetes will bolster pharmaceutical intermediates consumption – over one third of the market revenue is accounted by application in analgesics, followed by cardiovascular drugs and oral antidiabetic drugs.

Moreover, the increasing rate of patients seeking treatments and global pandemics such as H1N1, Ebola, and others are likely to boost the demand for drugs. 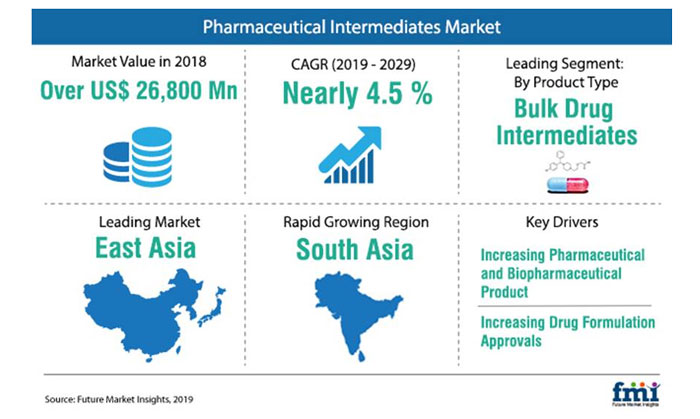 The report discovered that there was a significant rise in the number of drug approvals in 2017, with the Center for Drug Evaluation and Research (CDER) approving more than 45 novel drugs, compared to 22 in 2016. With the number of drug approvals on a constant rise, it is likely that the demand for pharmaceutical raw materials such as pharmaceutical intermediates and APIs will witness gains.

To cater to the demand in drug formulations, a number of players prominently active in the global pharmaceutical intermediates landscape are maintaining focus on expanding production capacity.

Manufacturers are also seeking cGMP (Current Good Manufacturing Practice ) approval from various western regulatory bodies. Key manufacturers, particularly those based in the East and South Asian regions, are focused on their efforts in gaining FDA or EMA (European Medicine Agency) regulatory approvals for their manufacturing plants.

The production costs associated with pharmaceutical intermediates, APIs, and final drug formulations is around 50-60 percent less when based in emerging Asian markets compared to that in North America and Europe. This cost-benefit, according to the report, will continue to attract foreign investments from pharmaceutical and biopharmaceutical companies based overseas.

Connected drug delivery devices market to grow to $4bn by 2028

One response to “Pharmaceutical intermediates market to see growth”