PODCAST: Evolving QC for Cell & Gene Therapy
Hear from industry leaders in our upcoming live webinars – reserve your place today!
Free membership: sign up today to access all of our exclusive content
Share your feedback and we’ll plant a tree in the Amazon Rainforest to say thank you
Download your complimentary copy of our latest digital journal
podcasts

How long until pharmaceuticals are widely 3D printed commercially? What are the key formulation considerations when applying 3D printing? Tune in to learn about all this and more…

The idea of personalised medicine has been gaining interest in recent years as the drug development and healthcare industries seek to reduce side effects, improve adherence, and thus patient outcomes. As a potential enabler of personalised oral solid dosage forms (OSDs), three-dimensional (3D) printing has garnered significant interest. But despite a surge in research over the last decade, following patents for 3D printers expiring in 2009, so far just one pharmaceutical manufactured using 3D printing has been approved by regulators, Spritam® (levetiracetam), back in 2015. To find out about recent developments in the field, the major hurdles stalling the widespread implementation of 3D printing in commercial manufacturing and more, European Pharmaceutical Review’s Hannah Balfour spoke with Sheng Qi, Professor of Pharmaceutical Material Science and Technology at the University of East Anglia, Simon Gaisford, Professor of Pharmaceutics in the University College London (UCL) School of Pharmacy, and Clive Roberts, Chair of Pharmaceutical Nanotechnology at the University of Nottingham.

Three-dimensional printing turns the traditional manufacturing paradigm of subtracting materials from a block to create the final form on its head, explains Simon; instead you start with nothing and the printer adds material only where you want your object to be, building it up layer by layer. “The reason it is important is because this type of manufacturing allows us to make shapes and geometries which are not feasible with subtractive manufacturing,” he added. 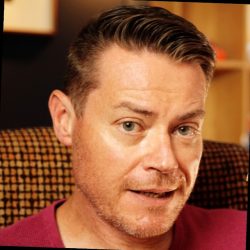 Sheng went on to explain the two tracks for applying 3D printing in pharmaceutical manufacturing: 1. producing a large batch of tablets, such as with the supply of Spritam, and 2. the personalisation of dosage forms for patients. The latter, said Sheng, is still a very active research field, which over the last five to seven years has been growing really rapidly, because it allows objects to be tailor made: “In terms of pharmaceuticals, you can make the dose the patient needs, as well as tailor the shape to fit the patient’s preference or make a different geometry to ensure your medication can release the drug at the right rate.”

The range of methodologies available for 3D printing enables materials to be processed in different ways, explains Clive, adding that these include inkjet printing, extrusion processes or light polymerisation techniques. “What this means is, however we want to formulate a medicine, there are lots of options not only in the design we want to get to but the materials and process we use. For example, if we have a drug that is very sensitive to temperature, we can use a process that does not use temperature. If we have a drug that wants very precise dosing, we might want to use inkjet printing [because of its high resolution],” he elaborates.

To find out more about the various 3D printing methodologies for pharmaceuticals, read our article.

How close are we to using 3D printing in commercial pharma manufacturing, or is it still primarily a research tool? 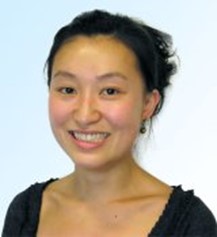 Sheng explains that applications of 3D printing in bulk drug manufacture, such as with Spritam, are likely much closer than personalised applications. Clive expands on this with an example of another 3D printed pharmaceutical called Triastek, currently under development for the treatment of rheumatoid arthritis, which could soon be approved. He explains that this slow uptake of technology is common in the pharmaceutical industries, with resistance until business models and regulatory frameworks become clear.

Clive adds that a potential application of 3D printing is in clinical trial manufacturing. He explains that, even if the final drug product would not be 3D printed, clinical trial volumes should be manageable for 3D printers and would enable the examination of sliding doses. “The 3D printing technology itself, fundamentally, is very highly developed now, but questions remain about clinical practice, safety, distribution and business models. That is where that timeframe of five, 10, 20 years, which can pass in the blink of an eye in the pharmaceutical industry, is,” he said.

The challenge of regulation

Sheng, Simon and Clive explain that the personalised approach is somewhat further away than the bulk substance manufacture, with many potential hurdles and regulation in particular a stumbling block. 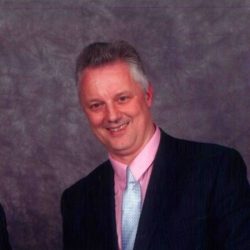 Simon describes his experience of interacting with the UK’s Medicines and Healthcare Products Regulatory Agency (MHRA) on the topic of 3D printing pharmaceuticals, he explains that a key issue pointed out by the regulator is how a clinical trial can be performed when the manufacturing process can “potentially make an infinite number of doses, so how do you perform an infinite number of trials? One thing they were considering was bracketing: go for the extremes of dose and hope there is a linear response.” Another is around traceability in manufacturing, and heavily dependent on whether pharmacists 3D printing final personalised medications at a pharmacy using provided printer feedstock is considered a manufacturing or a compounding step. “If it is a compounding step, I reckon we will get to the point where we have got printers in pharmacies within the next decade. If it is considered a manufacturing step, I think it is going to be a bit harder, as the pharmacy itself will then become part of the manufacturing supply chain and would have to operate to the same principles,” he noted.

Sheng concludes that regulation is a major concern for the field; “What potentially worries me moving forward with 3D printing is really the regulations… it will be the limiting factor preventing [the 3D printing of pharmaceuticals] from reaching patients.”

The episode goes on to explore the formulation considerations for 3D printing, as well as some alternative applications of 3D printing in the medical field, including its application for biopharmaceuticals, implants and dosage forms aside from OSDs. Listen along to find out about all this and more! 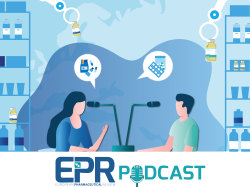