Is the future of cell and gene therapy autologous or allogeneic? Which solid tumour may receive the first cell therapy treatment? How will the use of ATMPs in cancer care change our healthcare structures in years to come? Discover all this and more in this podcast with bioMérieux.

In our previous advanced therapy medicinal products (ATMPs) episode Jérôme Larghero, Director of the Department of Biotherapies and the MEARY Center for Cell and Gene Therapy in the Hôpital Saint-Louis, AP-HP, and Julien Textoris, Vice President of Global Medical Affairs, Immunoassays and host response at bioMérieux, discussed the importance of collaboration in developing cell and gene therapies and the processes and quality controls that support their manufacture. In this final episode they join us once again to explain what makes these challenges worth overcoming and the key areas of development expected to shape the future of these critical treatments.

Is the future of cell and gene therapy autologous or allogeneic?

Cell and gene therapies, types of advanced therapy medicinal products (ATMPs), are an exciting emerging class of therapeutics offering potentially huge therapeutic benefit. So far, more than 100 cell and gene therapies have been approved in markets worldwide and many more are under development. However, just five of the chimeric antigen receptor (CAR) T-cell therapies approved are allogeneic, ie, manufactured using cells collected from healthy donors, rather than individual patients. 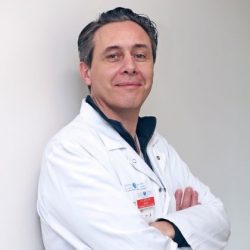 Jérôme Larghero, Director of the Department of Biotherapies and of the MEARY Center for Cell and Gene Therapy, Hôpital Saint-Louis, AP-HP

Jérôme explains that, from a manufacturing perspective, allogeneic therapies are desirable: “In the autologous situation you have to produce one batch for one patient… it is much easier if you can produce a lot of batches from one, two or 10 different healthy donors and be able to have the drug product ‘on-the-shelf’.” He added that reproducibility can also be a challenge for autologous therapies, because of the inherent differences between individuals, and that it is easier to achieve with allogeneic products, where cells from a limited pool of donors is used. Though he stated that the QC is the same for both allogeneic and autologous cell therapies, producing batches patient by patient requires more quality control testing than producing larger batches, where release tests release say 1,000 doses, which could reduce the cost of these products and make them more accessible.

“In the autologous situation, the question also arose around the timing at which you harvest the cells that will be used for the CAR manufacturing. Of course, it is likely better to harvest the cells early in the development of the disease, rather than after one line, two line, six lines of chemotherapy and/or radiotherapy,” this, Jérôme states, is another reason why using cells from healthy donors may be key, especially as cell therapies are currently typically reserved for later lines of treatment.

He adds that, to date, allogeneic CAR T has not been used for the same indications as autologous: “in the autologous situation, we expect the CAR T to cure the disease. In the allogeneic situation… the therapeutic indication is slightly different; because we know this CAR T will be rejected by the patient, we do not really expect it to cure the disease but we use them more as a bridging therapy, to try to get the disease treated and then go to, for example, an allogeneic product.”

Will the success of CAR therapies in haematological cancers be replicated in solid tumours? 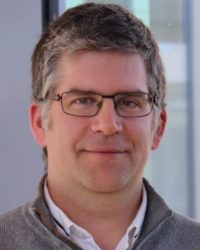 Jérôme explains that perhaps the most important issues in the solid tumour field is overcoming the immunosuppressive microenvironment that surrounds these cancers: “to date, the reason why there are not so encouraging results in the use of CAR T for solid tumours is mainly due to this problem of microenvironment,” which he says prevents CAR T-cell infiltration and also their ability to destroy cancer cells effectively.

To overcome this issue, Jérôme discusses potential solutions: CAR-T therapies with multiple targets and treatment combination. “One way to overcome this problem is either to have CAR T directed against not only one target, but maybe generate CAR T targeted against two or three different targets, or… to generate CAR T specifically constructed against one target but with the capacity to overcome the immunosuppressive microenvironment. This capacity could be by engineering the CAR T by itself… and another way is to use CAR T with other immunotherapies, combining different approaches,” he explains.

Another area of research is the use of other CAR modified cells, such as CAR natural killer (NK) cells or CAR macrophages, which Jérôme states show promise for solid tumours.

We go on to discuss with Jérôme and Julien which solid tumour type may be the first to receive a CAR cell therapy, as well as some of the non-oncologic diseases treated with cell and gene therapies, such as sickle cell disease and autoimmune conditions. To learn about this, as well as how ATMPs may change the way we pay for therapies in future, listen to the episode now!

To listen to the first episode in our ATMPs mini-series with bioMérieux, discussing ATMP manufacturing and QC, click here.