Plasma-derived therapies and medicines provide life-changing treatments for patients around the world who suffer from serious, and often rare, diseases that affect the immune system or result from non-functioning proteins in blood plasma. Carole Resman, Executive Vice President Production at LFB, describes the complex and highly regulated manufacturing process of these unique biological medicines. 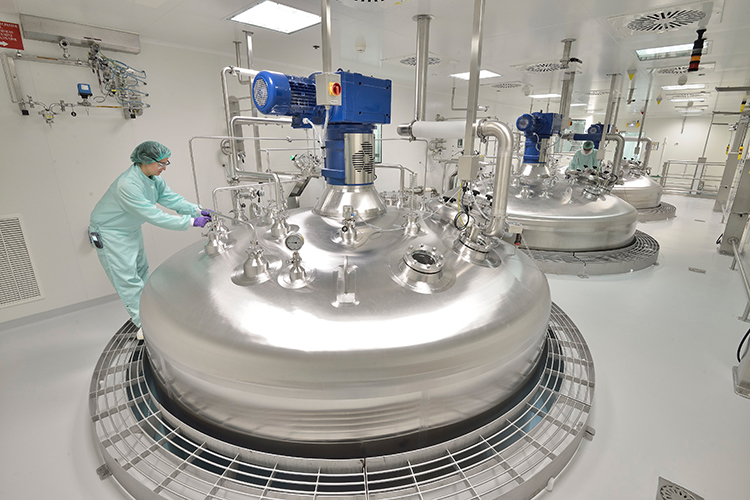 Photo of the plant in Les Ulis, France

An introduction to plasma-derived therapies

Plasma-derived medicinal products have been used for many years in immunology, haemostasis and intensive care to treat rare, serious, genetic and – in many cases – life-threatening diseases or conditions. These include over 80 recognised Primary Immunodeficiency Diseases, bleeding disorders such as haemophilia and von Willebrand disease, and other genetic disorders relating to missing or non-functioning proteins typically found in blood plasma. Although they affect a relatively small percentage of the population, most are chronic conditions.

There has been recent interest in convalescent plasma for the treatment of COVID-19, focused on the potential benefits of antibodies from recovering patients. However, everyday therapies require the processing of healthy donors’ blood plasma to isolate and purify functioning proteins and immunoglobulins. For example, primary immunodeficiency may be treated with immunoglobulin that replaces missing IgG serotype antibodies, while haemophilia, von Willebrand disease and rarer bleeding disorders require replacement coagulation factors.

Patients generally require regular infusions or injections throughout their lives, ranging from twice a week to once a month for a primary immunodeficiency. These therapies are a lifeline, allowing patients to live a relatively normal life or significantly extending life expectancy.

In addition, therapies derived from plasma play an important role in pre-natal and intensive care. Plasma-derived medicinal products are used to treat patients in critical situations with serious deficiencies of essential proteins including severe haemorrhage, hypovolaemia or fluid replacement.

The stages of plasma-derived manufacturing

Processing blood plasma requires a very specialised skillset and a mastery of advanced bioproduction techniques. Human plasma contains over 300 proteins, so various stages of fractionation, filtration and purification are required to isolate and extract some specific proteins, coagulation factors or immunoglobulins required for each therapy. Every pharmaceutical company employs its own proprietary procedures, including chromatography, detergent treatment and other purification steps, so each medicine and method is unique.

Manufacture takes place within a strict pharmaceutical framework defined and inspected by regulatory authorities. Stringent and well‑established safety processes are also required to eliminate or inactivate pathogens at every stage. Such high standards of purification are an ongoing challenge for specialist plasma technicians.

The result is a production timeline of between six and twelve months, which may come as a surprise to colleagues working with chemical pharmaceuticals and more conventional biologics. There are relatively few facilities in the world with these capabilities and consequently staff must often be trained from the ground up.

Plasma protein therapies are sole-source biologic products. Unlike biologics derived from animals, insects, plants or bacteria, plasma-derived therapies rely on human blood, which might be either remunerated or non-remunerated depending on the legislation in each country.

The biological nature of plasma demands specific storage and handling requirements as well as stringent testing to ensure safety, so plasma supply and manufacturing costs are a significant proportion of the end cost of the product. Source plasma is received in bags or bottles and each is individually tested before entering the manufacturing process. Every bag is tracked so manufacturers know exactly which bag is in each end product. These are transported in temperature‑controlled frozen containers, to arrive at a fractionation facility where the process of testing and purification for plasma-derived products can begin.

Fractionation was first developed during World War II for the treatment of soldiers suffering shock and burns, using pH, ethanol and temperature controls to precipitate plasma into five fractions. Today’s biochemical and physical processes for base fractionation build on these methods to produce a more sophisticated range of intermediate products.

LFB’s plant in Les Ulis, France, specialises in the upstream processing of plasma-derived medicinal products, from plasma reception to intermediate product. At this site, plasma is pooled and put through another rigorous testing process, before being fractionated. LFB’s plant in Lille, France, specialises in the downstream process from intermediate product to drug product.

The first stage is a slow thawing and centrifugation, resulting in a liquid cryosupernatant and a cryoprecipitate paste. The cryoprecipitate is rich in factor VIII (a blood-clotting protein used to treat haemophilia A) and von Willebrand factor (a blood glycoprotein involved in haemostasis). The cryosupernatant contains all other proteins (potentially other active pharmaceutical ingredients).

The fractionation principle is based on the selective precipitation of proteins, mainly with ethanol or caprylic acid, and adsorption on chromatographic gels for purification. All products are purified through a combination of manufacturing steps such as chromatography, different filtrations, ultrafiltration, viral inactivation steps including solvent/detergent treatment, pasteurisation and nanofiltration – the latter being a process step first pioneered by LFB in 1995. 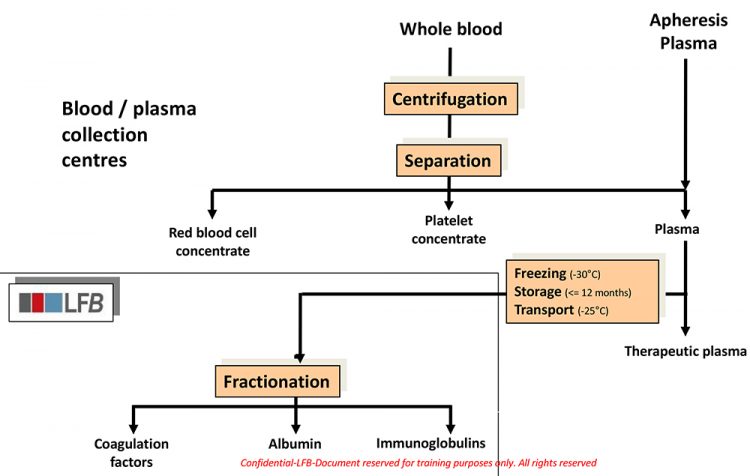 Factor I (fibrinogen, a glycoprotein complex made in the liver that aids both blood circulation and clotting) is firstly purified with cold ethanol precipitation followed by many steps of purification, concentration and viral inactivation.

Cryoprecipitate itself is widely used by hospitals in some countries, including the UK, but as an unlicensed plasma component it does not offer the same safety profile as the purified protein.1

All these manufacturing steps are implemented in totally controlled environments. 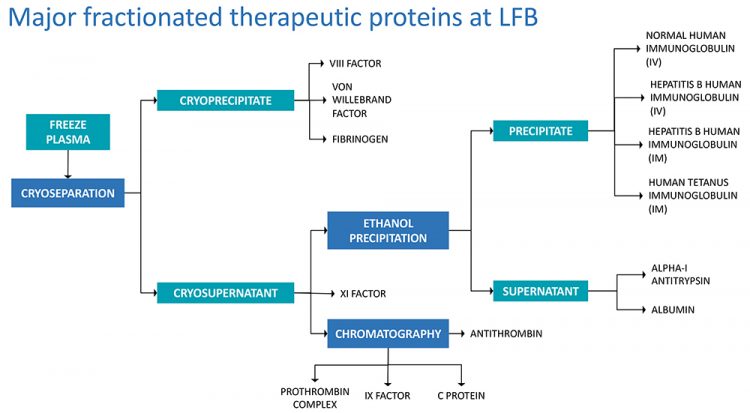 Fill and finish and distribution

Formulation is adapted to a liquid or freeze-dried form. Excipients are generally amino acids, salts, sometimes polyols or sugar and proteins. Most plasma-derived medicinal products have room temperature stability.

Fill and finish are operated in LFB’s plant in Lille. Bulk products are filled mainly in vials in an aseptic area, freeze-dried into powder and aseptically sealed in a highly controlled clean environment, before being inspected once again, then labelled and packaged in accordance with regulations.

Packaging for LFB’s liquid products is carried out at the site at Carvin, France, and from there medicines are distributed to hospitals around the world. Due to its human biological origin, the plasma-derived medicinal product traceability is vital throughout the entire supply chain from collection to patient, so the latest digital techniques are employed for accurate labelling and tracking. When a freeze-dried product is supplied with its solvent, reconstitution is carried out at the point of treatment, at the hospital or patient’s home.

Looking to the future

Despite the relative rarity of the genetic disorders usually treated by plasma-derived medicinal products, global demand for some of these therapies has been rising steadily due to improving diagnosis rates, broader indications and higher standards of care in emerging markets. Alongside the pressure to scale up production, is a global need to address the climate crisis by achieving greater efficiency and sustainability.

A 3D render of the new facility being built in Arras

At LFB we are addressing these issues through the construction of a major new industrial site at Arras, set to be operational by 2024, which will merge together all of the production steps for immunoglobulins, albumin and fibrinogen. It has been designed for energy efficiency and with high environmental standards for waste. With 2.3 million litres of plasma fractionation capacity, this will triple our current capacity to meet growing global demand for these products and greatly expedite manufacture of these vital therapies for patients that rely on them around the world.

To meet demand, much research is also taking place to explore and develop innovative recombinant medicines. Aside from the clinical development, even if we produce relatively small amounts of a targeted protein, the manufacturing process development remains time-consuming and requires expensive and complex bioreactor equipment and facilities. The advantage, however, is that it does not depend on plasma collection. LFB’s rPRO™ platform in Massachusetts, US, uses recombinant technology to express human proteins in milk that can then be purified for use in medicine using the same high pharmaceutical standards that are applied to human plasma therapies. This method offers unmatched scalability, readily moving from 5g to 5kg production, while ensuring consistently high levels of purity. Such technology has the potential to greatly increase production worldwide, with the prospect of improved access for millions of patients with previously unmet medical needs.

Carole Resman joined the LFB in July 2018. She is responsible of the industrial activities for plasma-derived drugs and biomanufacturing, supply chain (including plasma supply), industrial engineering and projects, with the construction of the new industrial site in Arras. Carole graduated from the University of Pharmacy (Tours). She has over 30 years of experience in production on most pharmaceutical forms, including injectables and vaccines, in international groups (GSK, Mérial), as well as in Contract Manufacturing Organisations (Skye Pharma, Famar, Delpharm). She has managed several major projects during her career: industrial IT projects, new workshop facilities at FDA standard, site integration in a contractor culture and the start-up of a new vaccine site. In her last position, Carole was Executive Vice President of Delpharm, responsible for the group’s 12 plants. 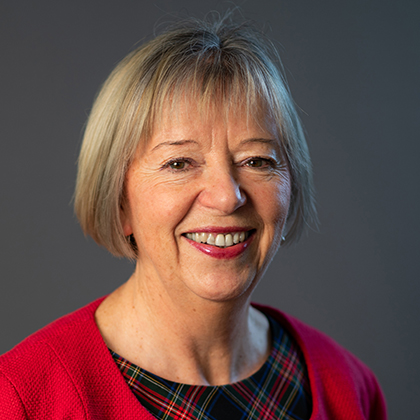