Expediting the set-up of a manufacturing site: Rukobia case study

In this article, learn from GlaxoSmithKline’s and ViiV Healthcare’s team as they discuss the key elements that enabled them to build and set up a dedicated manufacturing facility for Rukobia in only 15 months. 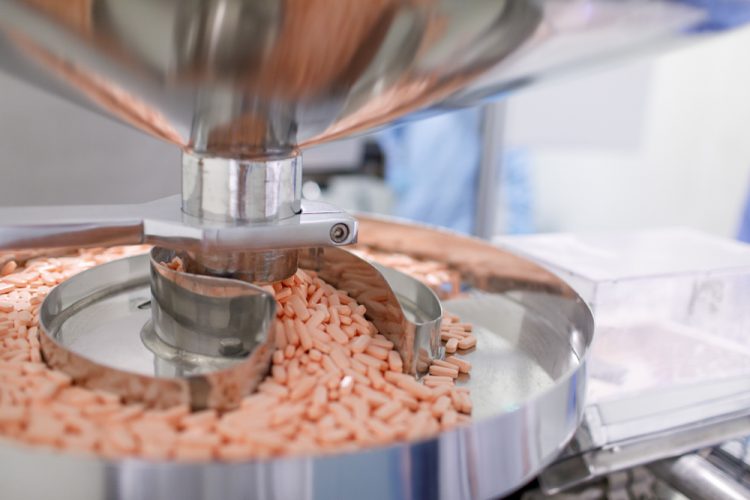 Typically, a new pharmaceutical manufacturing facility is expected to take at least two years to design and build from greenfield to the first round of production. However, to ensure continuity of supply for clinical trials and support future market authorisation, ViiV Healthcare – a global specialist HIV company majority owned by GSK, with Pfizer Inc. and Shionogi Limited as shareholders – set up a dedicated facility for Rukobia (fostemsavir) under an accelerated timeline of just 15 months.

EPR: Firstly, what is Rukobia and why did it require a new manufacturing facility?

Dr Lataillade: Rukobia, a pro-drug of temsavir, is an oral, first-in-class HIV-1 attachment inhibitor specifically developed for use in combination with other antiretroviral (ARV) therapies for the treatment of adults with multi-drug resistant HIV-1 infection, for whom it is otherwise not possible to construct a suppressive anti-viral regimen.

It works by attaching directly to the glycoprotein 120 (gp120) subunit on the surface of the virus, thereby blocking HIV from attaching to host immune system CD4+ T cells and preventing the virus from infecting those cells and multiplying. 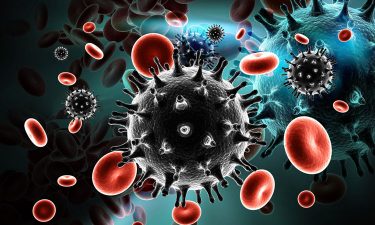 In 2016, ViiV Healthcare decided to continue the Rukobia clinical programme after it was acquired from Bristol Myers Squibb. At that time, this complex but unique medicine had already been in the clinical development space for over 15 years. Because of the unique properties of Rukobia, and its sensitivity to light during certain stages of its production in particular, manufacturing has been extremely complex. To address these challenges and ensure that we could sustainably develop Rukobia, we have invested tens of millions to construct two manufacturing facilities just to make Rukobia.

Rollandin: Rukobia is a special product because its manufacture requires the use of dedicated equipment within a controlled environment, with specific lighting. Rukobia also needs to be separated from other products to be produced and that is why we decided to build a new, specialised facility.

EPR: What is the typical construction time for an oral solid dose facility and what causes the greatest delays in the process?

Carotenuto: Normally the construction of a manufacturing facility for oral solid doses takes approximately 30 to 40 percent longer than what we achieved during this project, so an extra five or six months. Of course, the length of the construction depends on the complexity of the facility, but normally the delivery of the manufacturing equipment takes the longest and, in some cases, causes delays because of its complexity.

Gainotti: The construction time and set up depends on the plant itself. Typically, at GSK, we design and build a new facility around a specific product, so we have a specific trigger with a new product coming from R&D or another manufacturing site. Sometimes we can take advantage of spare areas in our existing sites, which can of course reduce the timeline for a project. For other projects and, in the specific case of Rukobia, we needed to build a new facility from greenfield. In my experience, based on the multiple projects I have worked on, the full process of setting up a new production department from greenfield takes no less than two to two and a half years.

In some ways, technical setbacks are inevitable. Typically, the intrinsic causes of delay during the construction of a new facility are generally not directly related to the business owner, rather they are linked to supplies and suppliers. In general, the higher the number of suppliers involved in a project, the higher the risk of delay. Sometimes, issues related to supply or suppliers are technical but, more often, they are organisational, which is much more challenging to manage. Both translate into delays in the project timeline.

EPR: What are the key elements to the success of such a project?

Rollandin: The success of this project was based on the optimisation of three key areas. First, we identified critical components and prioritised these based on delivery times. For instance, in this case we finalised the equipment user requirements specification (URS), which allowed us to order the equipment while we were completing the layout of the facility. This ensured that equipment was available in time to start the manufacturing activities.

investing in technology that could further optimise project management and construction, or process implementation and introduction, as well as investing in people, are the two key elements”

Second, we introduced three-dimensional (3D) modeling, so while we were building the facility, we were able to share information on the improvements or the facility layout with stakeholders in order to receive live feedback. This meant we could correct any errors while we were developing.

Finally, we introduced processes to support product transfer activities. In this case, knowledge transfer from R&D to the commercial manufacturing site started earlier than it does for other projects. In fact, R&D colleagues were involved in the equipment design, factory acceptance testing (FAT) and some of the testing and validation we performed on the equipment.

Carotenuto: In addition, success was also related to technical decisions. For example, in terms of engineering, rather than performing all the design steps sequentially, we decided to integrate and combine some together. This allowed us to overlap in some areas, such as overlaying the feasibility and the concept design, and the plant and the utility system design with the detailed civil design.

EPR: What were the primary challenges of the project?

Carotenuto: In terms of equipment, some of the biggest challenges were related to design and qualification activities. These challenges became evident at the very beginning, when we were identifying the most critical equipment based on delivery time. A few months after we had identified the equipment we needed, we had draft URSs in our hands enabling us to buy the machines. However, because of the specific requirements for Rukobia, getting our URSs finalised within the timeframe we were working to was challenging, and required us to reschedule and introduce additional activities. Equipment documentation was also a challenge because, while every equipment supplier works with a standard package, our facility required highly customised machinery that had a really big impact on supplier documentation. 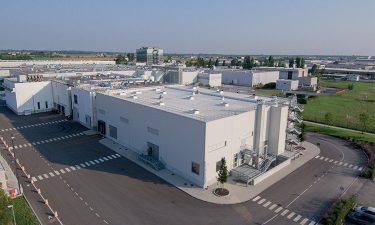 What’s more, due to accelerated timelines, we needed to overlap the design phase of the facility with the procurement and construction of equipment, and so construction challenges arose due to civil changes in the execution phase. We also had approximately 25 different suppliers working in the construction building, as well as many subcontractors – this required us to implement clear battery limits (limits to the scope of supply) for all suppliers of process equipment in order to manage the complexity of the work, speed up installation times after delivery and avoid delays in the commissioning phase.

Rollandin: Other than the timeline, the major challenges were the planning and co-ordination between different teams, not just onsite, but all over the world. Depending on the stage, between external suppliers, internal staff and those supporting the project, there were up to 100 people needing to be co-ordinated, so the collaboration between teams was essential.

Prior to the project, GSK had begun implementing an initiative called One Pharma, which works towards integrating the whole supply team end to end, so that the various teams from R&D, franchise, supply and manufacturing to commercial are able to collaborate. This is something we are still working on.

EPR: What were the key things companies can take away from this project and implement on their own?

Carotenuto: There are three fundamental pre-requisites in overcoming the challenges of an ambitious project like the Rukobia plant. First, careful selection of partners and suppliers – we have learnt it is much better to work with those you have previous experience with, if possible. Second, the creation of a very detailed project plan with a little bit of contingency is crucial. But third, and above all, I believe that the best way to overcome the challenges and mitigate the risk of delay is to build a winning team with the right skills, clear roles and the necessary level of accountability.

It is likely that in the future, pharmaceutical companies will be asked to go even faster, as evidenced by the COVID-19 pandemic. To shorten project timelines, the key for some companies will be to standardise activities as much as possible, for instance, the qualification activities of a standard piece of equipment to speed up the activities in the design phase. Despite these tactics, however, I do not know if the construction of a building like this could be shortened any further.

Rollandin: If shortening construction was possible, I think that investing in technology that could further optimise project management and construction, or process implementation and introduction, as well as investing in people, are the two key elements.