The aetiology of tumours is attributed to changes in many internal (molecular) factors, most of which include mutations in several regulatory mechanisms and the loss of cell differentiation. Human isoforms of the p53 protein play a key role in maintaining genetic stability, functioning as active tumour suppressors. However, a mutation of the p53 gene leads to the production of mutant p53 protein, which contributes to the progression of malignancy. A large amount of work has been undertaken to understand the complex role of mutant p53 in malignancies, yet fairly little has been achieved using synthetic formulations to counter tumour metastasis. This article aims at reviewing the current advances in p53 research, as well as discussing the possibilities of inhibiting the expression and activity of mutant p53 genes in human malignancies through the use of medicinal plants. 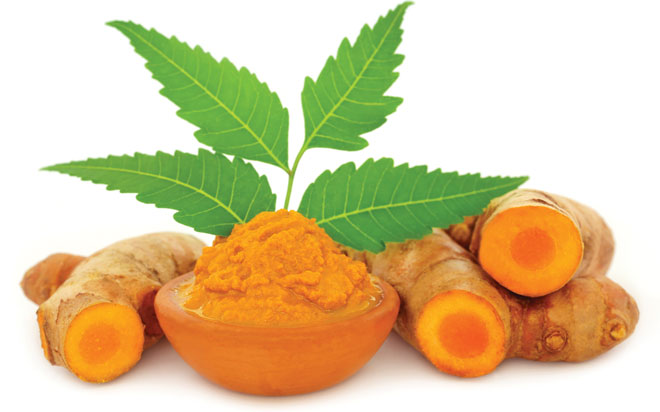 Introduction Cancer, the uncontrolled proliferation of cells, arises due to mutations in either the DNA repair mechanisms, tumour suppressor genes or selected oncogenes1 . It results in the production of a massive amount of undifferentiated cells which form unwanted protuberances known as malignant tumours. Tumours that grow and develop in specific tissues are referred to as benign, while those that grow, develop and spread to other tissues (a condition referred to as metastasis) are described as malignant tumours. Only these malignant tumours (with a few exceptions) cause cancers2 with cancers sometimes therefore being called malignancies.

Tumour suppression gene products are produced by cells to monitor the efficiency of the cell cycle by populating specific phases in the process of both DNA and cell replications1. The p53 gene is one of the most intensively studied tumour suppressor genes. Initially, when p53 proteins were first discovered, they were understood to be tumour-promoting proteins. A greater understanding of p53 protein was achieved during a study of the human papilloma virus (HPV) in 19801. It was shown that this virus possesses specific proteins, called tumour antigens, which bind wild type-p53 proteins. The main effect of this binding is that, firstly, the protein loses its function1 and, secondly, it becomes an oncoprotein that promotes tumour formation and metastasis3.

Later it was realised that the genes coding for p53 protein could also acquire cell-specific mutations (usually missense, frame shift and nonsense mutations) which could lead to some forms of spontaneous mutations. In fact, most of the environmental carcinogens primarily target the p53 gene3. Normally, the p53 protein functions in abnormal or damaged cells by receiving complex signals that dissociate the bound p53 from its negative regulator, MDM-2. The p53 is activated by phosphorylation and enters the cell cycle in order to supress any form of uncontrolled cell division. However, when the gene undergoes mutation, unlike any other mutational consequence, the gene product is not permanently inactive. Instead, it leads to a condition referred to as the neomorphic gain of function (GOF)3. In this case, the wild type-p53 gene loses its function, and a new dominant phenotypic expression is gained. Therefore, the activity of the mutant p53 is not entirely shut off, but it contributes actively to the progression of malignancy.

These effects are conferred on the protein because of an overall mutation that occurs in over 95% of the protein and, more specifically, mutations (usually missense) that occur in the DNA binding region of p53, with six amino acids that are most frequently substituted3. Examples of mutant p53 cancer cell lines include (but are not limited to): human leukaemia-lymphoma, colon cancer, HPV-associated skin cancer, ovarian cancer, medulloblastoma (a type of neuroblastoma), and breast cancer cell lines5.

Affirmatively, we now know that mutant p53 in humans causes an aggressive spread of a tumour by inhibiting the apoptotic pathway and cell cycle regulatory mechanisms. However, in vivo studies reveal that the activities of mutant p53 in the metastasis of malignant tumours and specific deleterious functions gained by mutant p53, which include metastasis, angiogenesis and chemo-resistance4, can be shut down by specific molecules.

In the following paragraphs we explore how the specific phytochemicals from medicinal plants can be used in either preventing the formation of mutant p53, or shutting down the activities of mutant p53 in the metastasis of malignancies.

The effect of selected phytochemicals on p53 mutants

Theoretically, cancer drugs and therapeutics are aimed at reducing the rate and effects of tumour metastasis. In this review, the in vitro and in vivo effects of two medicinal, phytochemical-producing plants that were obtained from Adekunle Ajasin University’s botanical garden are discussed. These plants were authenticated by the Plant Science and Biotechnology department of Adekunle Ajasin University in Akungba Akoko, Nigeria.

Interestingly, curcumin is a selective anti-tumour compound. Unlike radiation and other chemotherapies, curcumin has little or no effect on normal cells. Worth noting, however, is that the bioavailability of curcumin to tumour cells in vivo is very low. Although standard dosages have not been recommended, the use of piperine extracts from black pepper (Piper longum) as a combination therapy with curcumin has been reported to increase the bioavailability of curcumin by 2000%7. However, the United States Food and Drug Administration8 rules that the acceptable daily intake of curcumin is 3mg/kg/day, a dosage that is ‘generally regarded as safe’ (GRAS)8.

Aloe-emodin (1,8-dihydroxy-3-(hydroxymethyl)-anthraquinone) is one of the principal anthraquinones extracts from Aloe vera (Aloe). In vitro studies of aloe-emodin have proven its tumour-specific cytotoxic activity. At a dose of 50mg/kg/day, aloe-emodin significantly reduced tumours in mice with severe combined immune deficiency9.

Just like aloe-emodin, it requires the induction of apoptotic pathways in order to cause tumour cell death. The rapid decrease in tumour cells can be measured by flow cytometry at approximately (p < 0.05)9. It also regulates the cell cycle by inducing phase arrest in the G0/G1, S and G2/M phases in vivo10.

However, issues relating to in vivo toxicity in normal cells are the major concern for the use of aloe-emodin, since the highest concentration compatible with an aqueous solution of drugs (50mg/kg/day) is needed to achieve pharmaceutical results9. Meanwhile, the FDA ruled in 2002 that aloe laxatives are no longer ‘GRAS’, except when used in minimal doses11.

Morinda lucida (Yoruba: Oruwo, Ghana: Twi, Cote D’Ivore: Sangogo) contains many bioactive compounds including flavonoids, saponins, anthraquinones, tannins, polyphenols and alkaloids13. Of importance to this review are the anthraquinones and flavonoids. Flavonoids are known to be anti-allergic, anti-inflammatory, free radical scavengers and hepato-protectors. Furthermore, they are known to be anti-microbial and to have anti-ulcer, anti-virus and anti-tumour properties. Flavonoids are also known to inhibit specific enzymes. For example, they block the angiotensin-converting enzyme that raises blood pressure by blocking the ‘suicide’ enzyme, cyclooxygenase, (which breaks down prostaglandins) and they are reported to prevent platelet aggregation13. Flavonoids are also known to protect the vascular system and strengthen the tiny capillaries that carry oxygen and essential nutrients to all cells13.

Future prospects in the use of phytochemicals as anti-neoplastic agents

Osuntokun Oludare Temitope is a Lecturer and Researcher at the Department of Microbiology, Faculty of Science, Adekunle Ajasin University, Akungba Akoko, Ondo State, Nigeria. He has published around 25 research articles and has attended various academic seminars and conferences. Osuntokun has 51 research articles published on the ResearchGate website. He has a diploma in Food Science and Technology, a degree in Microbiology and a Master’s degree in Medical and Pharmaceutical Microbiology. He is currently undertaking his PhD in Pharmaceutical/Medical Microbiology at the prestigious Obafemi Awolowo, University, Ile-Ife, Osun State, Nigeria. Osuntokun is an editor on various journals such as the Donnish Journal of Microbiology and Biotechnology Research, the Elite Journal of Microbiology and Biotechnology Research.

Ogunleye Adewale Joseph is a final year undergraduate student at the Adekunle Ajasin University, Akungba Akoko, Ondo state, Nigeria. He majors in Microbiology with a preference for Molecular Virology and Viral Oncology. His article ‘Emerging trends in Microbiological Diagnostics: an introduction to rapid microbiological methods’ was recently published online by European Pharmaceutical Review.