Regulation of orphan drugs within the EU

Simply put, an orphan drug is indicated for the treatment of a very rare disease. Such diseases are often due to genetic defects and therefore children and newborns are affected to a great extent1. 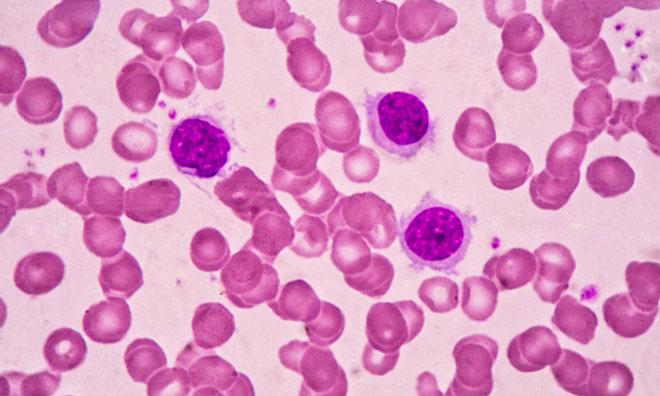 The problem with such rare diseases is that – under normal conditions – it does not pay for pharmaceutical companies to put any effort into research and development of drugs to treat them. Incentives are needed and, to call a spade a spade, they should be monetary.

While such incentives for the development of orphan medicinal products have been available in the USA since 1983 and in Japan since 1993,2 it took the European Union until 1999 to develop a harmonised regulation on the issue. The result was Regulation (EC) No 141/20003 (Orphan Drug Regulation, ‘ODR’) which has – nowadays, rather surprisingly – only undergone one amendment in 2009. Considering the regulation has been in force for more than 15 years already without any major changes,4 it seems that the European legislator has succeeded in passing a profound and mature law that is worth taking a closer look at.

Within the regulation, the European legislator has developed a whole catalogue of incentives with great monetary value. These will be set out in this article, as well as the question of what an orphan drug is, how such a designation is granted, and what kind of products are eligible for orphan drug designation.

As already pointed out, orphan drugs deal with rare conditions. This aspect, however, is just one among several that need to be fulfilled.

First of all, a product can gain orphan drug status if it is intended for the diagnosis, prevention or treatment of a life-threatening or chronically debilitating condition affecting not more than five in 10,000 people in the European Community (EC) when the application is made.5 This is how the aspect of ‘rare disease’ is reflected in the legislation. The prevalence is determined by figuring out how many people the product will be administered to.1

Fortunately for some companies, this quite narrowly fixed prevalence is not an inevitable requirement. Rather, if a disease is more common than that, a product may nevertheless obtain the desired exclusive status if it is intended for the diagnosis, prevention or treatment of a life-threatening, seriously debilitating or serious and chronic condition in the EC, and that without incentives it is unlikely that marketing the medicine in the EC would generate sufficient return to justify the necessary investment.6

In case neither the prevalence-based or economic-based requirement are fulfilled, there is another important aspect. This is that no satisfactory method of diagnosis, prevention or treatment of the condition has been authorised in the EC or, if such a method exists, that the medicinal product will be of significant benefit to those affected by the condition.7 Thus, the European legislator requires a certain kind of patient improvement and advantage compared to products already available.

But what exactly are the advantages of obtaining that status of an orphan drug? And why is it so attractive for companies to apply for such a designation?

The impact of orphan drug status

After finalising the designation procedure (see more on this below), the sponsor needs to apply for an authorisation to placing the product on the market. This is done via the centralised EC authorisation procedure, according to Regulation (EC) No 726/2004, however without any proof that the medicinal product complies with the preconditions of Part B of the Annex to this Regulation.8 This procedure takes approximately two years and has the following advantages for the sponsor:

The overall procedure for designation as an orphan drug (for the entry into the Community register for orphan medicinal products) as set out in Art 5 ODR takes, in theory, approximately six to eight months until the designation is granted.

The whole process starts with an application for designation by the sponsor.14 All documents and information necessary for applying – more or less broadly formulated – are set out in Art 5 (1) ODR.15 The exact time of filing the application is not fixed; the only thing to keep in mind is that one has to apply for an orphan drug designation before making the marketing authorisation application is made.16

The addressee of that application is the EMA. The EMA verifies the validity of the application and prepares a summary report to the Committee for Orphan Medicinal Products (COMP) which is set up within the agency. The COMP has to submit an expert’s opinion within 90 days of receiving the valid application.17 If everything goes according to plan, and there are no discrepancies within the COMP,18 the EMA forwards this opinion to the European Commission, which in turn has to render a decision within 30 days19 – given that COMP’s opinion and the Commission’s decision correspond.

If the opinion concludes that the medicinal product does not satisfy the criteria for a designation as an orphan drug, the EMA informs the sponsor, who may submit detailed grounds for appeal within 90 days of receipt of the opinion.20 This appeal is forwarded by the EMA to the COMP, which again consider at the following meeting whether its opinion should be revised. Therefore, in case of a necessary appeal, the designation procedure will take, at least, three months longer (nine to 11 months in total).

Eligibility for protection as orphan drugs

Pursuant to Art 2 No 3 ODR, the applicant has to provide details of any existing treatment method that has been authorised, by referring to scientific and medical literature or other relevant information. These may include authorised medicinal products, medical devices, or other methods of diagnosis, prevention or treatment used in the EC. And either a justification as to why the methods referred to are not considered satisfactory, or a justification for the assumption that the medicinal product for which designation is sought will be of significant benefit to those affected by the condition.

If the current method of treatment will not be changed when a new product applies for orphan drug designation, then there would be no evidence for a significant benefit of the product over the already marketed product for treatment in Europe. It is therefore very likely that the criteria for being granted an orphan drug status are not met.

Consequently, in such a case a sponsor would not benefit from the advantages set out above. Provided, however, that the sponsor would find an arguable way of nonetheless establishing a therapeutic improvement of the product to be placed on the market as, for example, pharmaceutical in contrast to an existing medical device,21 the consequences would be as follows:

(a)               During the 10-year market exclusivity of an authorised orphan drug, neither the European Union nor the Member States are entitled to authorise the placing of an identical or similar pharmaceutical on the market for the same therapeutic indication or to accept an application therefore.

There are also exceptions to the market exclusivity, namely if:

The EMA may also reduce the market exclusivity period to six years if, at the end of the fifth year, it is established that the criteria for granting the orphan drug status is no longer met, where, among other things, it is shown on the basis of available evidence that the product is sufficiently profitable not to justify maintenance of market exclusivity. The initiation of such a procedure shall however be an exemption.

Providing incentives for pharmaceutical companies to invest in research and development of drugs that are beneficial only for – to put it in exaggerated terms – ‘one in a million’, has definitely contributed to a major achievement in patient care within the European Union. In the meantime, an impressive list of pharmaceutical products have been granted the designation of orphan drugs.22 Therefore, the regulation seems fit for reality and has passed the real-life test.

Dr Ina Gerstberger, Director, heads the German Food & Drink and Life Sciences Sector Team of Gowling WLG in Munich. With a degree in biochemistry (Vordiplom), Ina focuses on delivering regulatory, advertising and contractual advice to clients from the wider Life Sciences Industry, and has done since 2001. Ina is among the frequently recommended lawyers in her field of specialisation and also lectures on product delimitation at the University of Augsburg.

Dr Mirjam Liebmann, Associate at Gowling WLG, Munich, provides product regulatory and advertising law advice to companies from the wider life sciences industry. She started to specialise in food and pharmaceutical law during her legal studies at Bucerius Law School, Hamburg. Mirjam wrote her doctoral thesis on specific issues concerning delegated acts and implementing acts in the EU Food Information Regulation and is also author of other scholarly articles.