Microorganisms and a new horizon of scientific discoveries

The simplest form of life is composed of single-celled microorganisms which are thought to have appeared around 3.5×109 years ago.1 Interestingly, evidence has shown that chloroplasts and mitochondria were once free-living microorganisms that became incorporated into eukaryotic cells and eventually became energy-producing organelles.1 Biodiversity enables microorganisms to survive in extreme environments all over the planet. In contrast to higher life forms, prokaryotes have had the transformative time to develop extraordinary hereditary uniqueness. But unlike metazoans, developmental change in prokaryotes is not reflected in morphological variety. 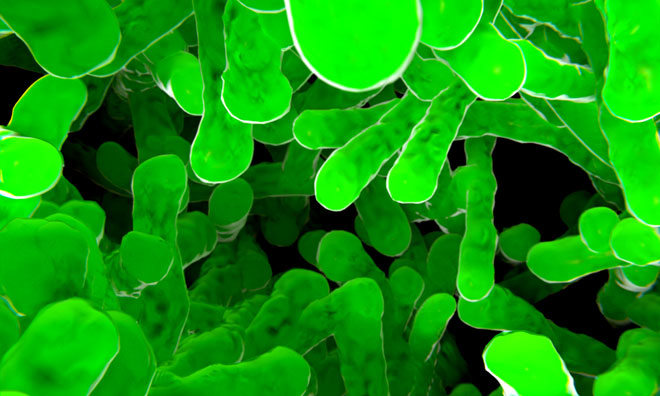 For whatever reasons, the morphology of microscopic organisms has generally changed very little over billions of years, in contrast to metazoans. Yet this does not mean that they have not evolved.2 Molecular sequencing demonstrates that they have developed, but the result of this change is invisible. Instead of significant changes in shape and appearance, developmental change in prokaryotes concentrated on metabolic changes and the ability to colonise every possible environment.3

Researchers are investigating prokaryotic genetic material to explore their phylogenetic diversity. And with advances in nucleic acid sequencing, the exploration of such magnificent life will open up a new world of biological discoveries.3 Such diversity in the metabolic activities of microbial life can be seen by the great divergence in its ability to withstand various unfavourable environmental conditions.4

Life forms with the capacity to survive and flourish in physically and/or geochemically harsh natural conditions unfavourable to most other life are called extremophiles.5,6 Most, but not all, extremophiles are single-celled organisms. Extremophiles are distributed in every one of the three domains – bacteria archaea, and eukaryotes. Over the past 20 years, researchers have discovered numerous life forms capable of surviving in incredibly inhospitable conditions under extremes of, for example, pH or temperature.7 Consequently, many scientists have concluded that life on Earth may have started in aqueous vents far beneath the sea.8

Astrophysicist Dr Steinn Sigurdsson supported such a theory when he suggested that bacterial spores had lived on Earth for 40m years, and that they are impervious to radiation.9 In February 2013, scientists discovered microscopic organisms living in an Antarctic lake covered by half a mile of ice, demonstrating another example of their extraordinary capacity to embrace conditions normally inadmissible for life.10 In the following month, researchers reported evidence that microorganisms were living in the Mariana Trench, the deepest place in the world’s oceans.11,12 Another group of scientists reported that microorganisms were flourishing inside rocks up to 580m beneath the sea floor under about 2.6km of water off the shore of the northwestern United States.11,13 It is not therefore surprising that other researchers concluded that organisms could be discovered in any niche.11 Polyextremophiles are organisms that live and flourish in more than one uninhabitable conditions normally unfavourable to living organisms.14 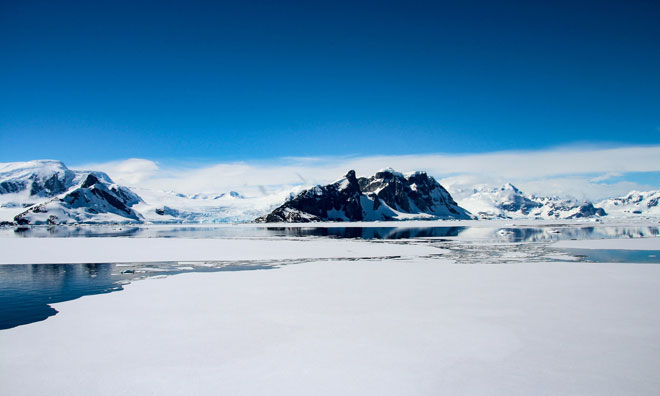 Extremophiles show promising applications in the biological sciences field. These life forms are interesting due to the unique capabilities of their macromolecules to withstand unusually hostile environments.15 In any case, these creatures have yielded a spectacular spectrum of proteins that can catalyse biochemical activity under extraordinary conditions. Such compounds can be useful in many useful applications that are important to human life.2

Some of these ‘superbugs’ could represent the origin of life itself. Extremophiles, especially hyperthermophiles, could have been the ‘universal common ancestor’ of all life forms on this planet. Therefore, studying the biological machinery of these organisms provides researchers with a close look backward through time, to a period when life on Earth was in its infancy. This has spurred much research in the hope of understanding how early primitive life forms evolved into life as we know it today.16

Although thermophilic microscopic organisms were discovered over 80 years ago, hyperthermophilic life forms with an optimum temperature above 80°C have been in the spotlight recently. Bacteria were first discovered in boiling springwater at Yellowstone National Park by Brock. On the other hand, a research team led by Stetter used laboratory techniques to isolate most of the hyperthermophiles discovered to date, including Pyrolobus fumarii, a unique archaeon that can grow at temperatures of up to 113°C.2,17

Ocean ice is the normal living space for the bacterium, Polaromonas vacuolata, which has an optimum growth temperature of 4°C and for which temperatures above 12°C are considered relatively hot. There are several other psychrophiles, but care should be taken during culture and isolation as they are extremely sensitive to rises in temperature and can be killed even at room temperature.^18

The microorganism with greatest known ability to withstand acidic pH is Picrophilus oshimae, for which a pH of 0.7 is optimum for growth. P. oshimae is also a thermophile, with an ideal growth temperature of 60°C. Strangely, even extremophiles such as this that flourish at extremely low pH cannot withstand very high acidity inside their cells, where it would shatter vital biomolecules such as DNA. Thus, they survive by keeping the acid external. The cellular value of P oshimae is around pH 5 and it is the cytoplasmic layer of this superbug that keeps protons from latently entering this archaeon. Nevertheless, research into the P oshimae membrane have demonstrated that it can just hold its integrity as low as a pH of approximately 4, after which disintegration occurs.2 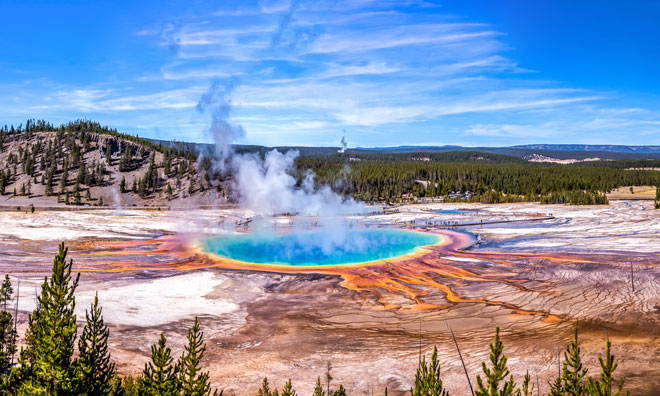 A common habitat of extreme alkaliphiles soil encumbered with carbonate or in soda lakes, where the alkalinity may be as high as 13. Natronobacterium magadii is an example of such organisms that was isolated from Lake Magadi, and grows optimally at a pH of about 10. In contrast to the acidophiles, alkaliphiles struggle with the issues associated with high pH. Over pH 8, certain biomolecules, especially RNA, get damaged. Therefore, in a similar way to acidophiles, alkaliphiles must keep their cytoplasm closer to pH 7 which is lower than the surrounding environment.19

Halophiles can live in salty conditions by counteracting the potential drying out of their cytoplasm. They do this by either producing an internal natural solute, or by concentrating a solute from their surroundings. For example, the archaeon Halobacterium gathers in its cytoplasm a lot of potassium from its surroundings. Potassium chloride (KCl) salt dissociated in cells of Halobacterium is available at a concentration equivalent to or marginally over that of the sodium chloride (NaCl) outside, and along these lines, cells keep up the inclination for water to enter and accordingly forestall dehydration.2

Extremophilic microorganisms acclimatised to either great barometric pressure or large amounts of radiation have been also reported. Barophilic superbugs are a source of interest because they need high pressure to grow. Strain MT41, another example of a polyextremophile, is a bacterium isolated from marine sediments in the Mariana Trench near the Philippines where the depth may exceed 10km. This strain requires not less than 507 bar of pressure for growth and its optimum growth pressure is 709 bar. At the same time, its temperature requirement is 4°C, so MT41 is psychrophilic. Little is known about MT41’s biomolecules because of the difficulty of culturing them under laboratory conditions. While it might be assumed that all macromolecules in extreme barophilic environment must be able to withstand high pressure to some extent, experiments with moderately barophilic bacteria have shown that proteins responsible for nutrient transport in the cytoplasmic layer must be structurally modified to function properly in a hyperbaric environment.2

The bacterium Deinococcus radiodurans is an incredibly radiation-resistant microbe. This extraordinary life form can withstand exposure to 30,000 Grays of ionising radiation, adequate to eventually disrupt its genetic material into many parts (a human can be killed when exposed to only 1/6,000 of that dose). An efficient DNA fixing mechanism is present in D radiodurans, which possesses the ability to bring back damaged pieces and maintain cell viability.20

Mostafa Essam Ahmed Eissa, MSc, is Microbiology Section Head at Hikma Pharmaceutical Company. He has also held positions as Research Specialist in the Biotechnology Department of El-Nile Pharmaceuticals, and as Inspector at the Central Administration of Pharmaceutical Affairs of the Ministry of Health and Population. Mr Eissa has published eight scientific manuscripts and one book. 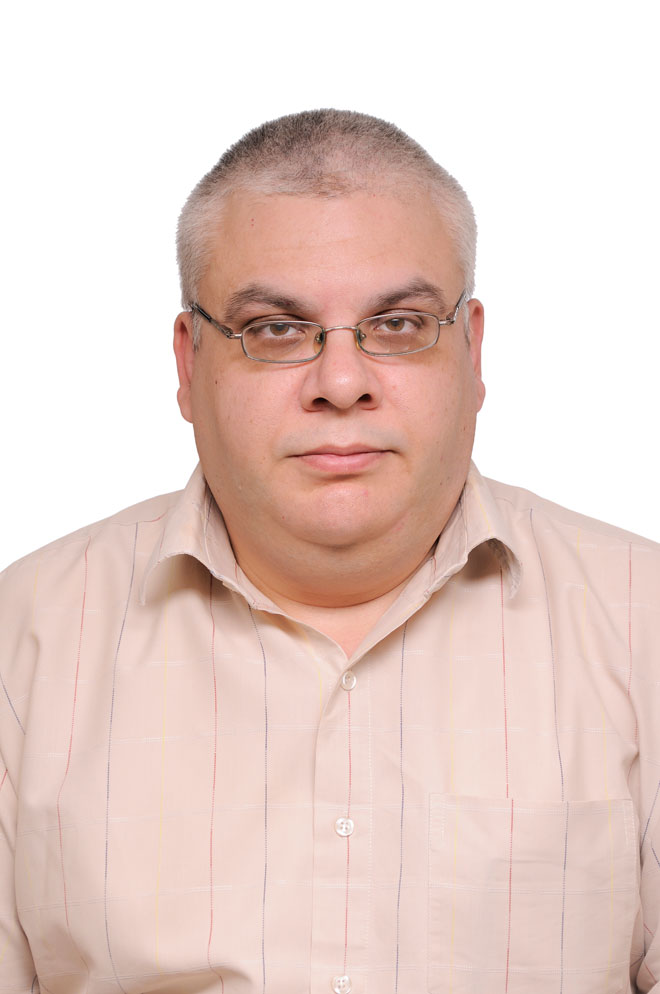