Twenty five years ago, the European Community took a major step toward political and economic union by adopting the Treaty of Maastricht. The Treaty created the European Union (EU), paving the way for closer economic ties within the Union through the free movement of goods between member states. This opening up of markets has had a major impact on the production landscape of pharma manufacturing sites in Europe. John E Bournas, President and CEO, International Society for Pharmaceutical Engineers (ISPE), explains.

One of the first major changes resulting from the opening up of EU markets was the move to consolidate production overcapacity within the industry. This was followed by a need to ‘internationalise’ production – to globalise supply – by developing processes for the transfer of product from one site to another. As a result, some production moved to sites in countries that were not familiar with international quality and compliance requirements, for example, those rules developed by the US Food and Drug Administration (FDA). In addition, logistics became more and more complex as a first step towards globalisation. Consequently, it took almost a decade to consolidate the European production landscape. It was during this period that the first ISPE affiliates were founded in Europe.

The next wave of change saw blockbuster products emerging from R&D pipelines – they required that investment focused on organising production launch. This automatically raised the issue of what to do about legacy products. One solution was for pharma companies to outsource these products to contract manufacturers, allowing the companies to save money and concentrate their resources on new products. However, the cost pressures on legacy products increased dramatically, creating a need for operational excellence programmes in all facilities, whether products were manufactured in-house or outsourced.

Creating new products meant that companies also needed to acquire additional technical know-how and familiarise themselves with new technology. In addition, the transfer of product manufacturing from in-house facilities to third parties raised a number of regulatory issues. For example, regulatory agencies stipulated that compliance with good manufacturing practice (GMP) was owned by both parties, the marketing authorisation holder and the outsourced manufacturer.

During this period, ISPE played an important role in helping industry stakeholders adapt to the new operating environment. The organisation emerged as one of the key sources of information and knowledge – for example, in engineering and good manufacturing practice (GMP). As a result, ISPE membership in Europe rose sharply in the years before 2009.

The economic crisis of 2008-2009 affected pharma operations – and, indirectly, ISPE – in Europe. Cost pressures increased further – and cost-cutting sometimes persisted – even though there was an ongoing need to qualify and train production staff. Job rotations were made hastily, and not enough attention was paid to risks related to the quality control and compliance of pharmaceutical products. This led to stringent inspections of facilities for ‘manufacturing and quality reasons’, which in turn created drug shortages. Since the turn of the Millennium, moreover, and as a consequence of the globalisation of supply chains, the problem of counterfeit and falsified medical drugs has, unfortunately, become an extremely serious issue.

ISPE has played a major role in elucidating the complexity of drug manufacturing, identifying the numerous root causes underlying production issues – causes that go beyond manufacturing and quality. Education is key in matters such as drug shortage and quality metrics and this is an area where ISPE plays a big part. The society is also helping to develop technical standards to enable computerised systems to be connected end-to-end in the supply chain. This as the EU’s Falsified Medicine Directive foresees an end-to-end verification based on 2-D barcodes and mass serialisation. 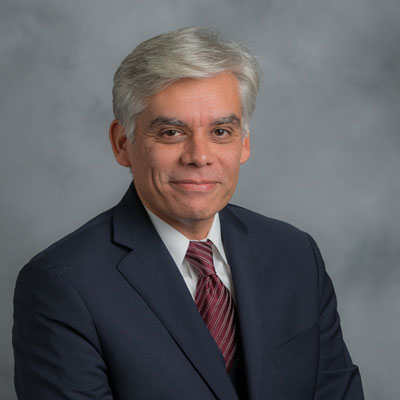