Appropriate standards for impurity tests are an important part of analytical testing. In this paper, Kevin Williams outlines various requirements of standards for endotoxin, as stated by United States Pharmacopeia (USP), and elaborates on the definition of endotoxin as distinct from other cellular constituents. 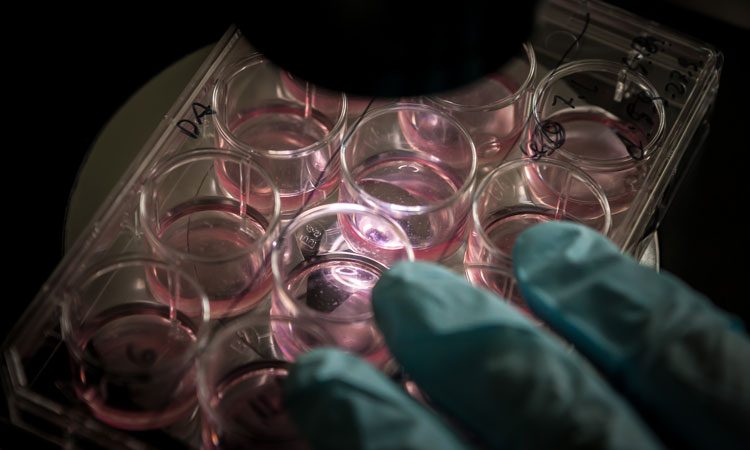 LPS is purified away from other impurities as per USP reference standard quality requirements.  A highly purified material is used as a standard endotoxin (RSE/CSE), which has served historically to define endotoxin analytically. In industry, there is some desire to prepare a non-purified or “natural standard” for various purposes and to call these preparations “natural endotoxin”. This paper outlines some requirements of standards, as stated by United States Pharmacopeia (USP),1 and elaborates the definition of endotoxin as distinct from other cellular constituents.

The “impurity reference standards” section of USP <11> states: “Impurity Reference Standards may be presented as purified single-component materials or as mixtures of more than one impurity.” For industry to maintain the current “endotoxin” standard (for BET <85>), rather than a “gram-negative cell wall” standard, it must be purified and highly characterised, otherwise it will be a “mixed impurity” standard and should be labelled as such.

Figure 1: Definition of endotoxin as broken into relevant constituent pieces

Given the brief nature of this article, only a rudimentary sketch of the definition of LPS can be provided (Figure 1). The topics will be confined to items deemed relevant to endotoxin standardisation:

Endotoxin is not a random occurrence in nature; it is the product of a bacterial manufacturing process that involves nine separate enzymatic events, followed by export to the gram-negative bacteria cell surface. Unique sugars in LPS include the core sugar, KDO (3 deoxy-α-D-manno-octulosonic acid), and unique arrangements of sugars in the O-antigen moiety, which are used to distinguish bacterial strains when characterising various gram-negative bacteria foodborne illness outbreaks (serotyping). 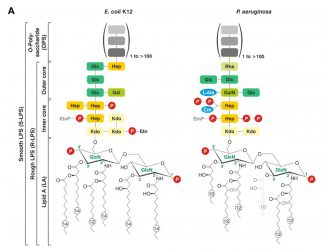 The unique LPS structure and associated sugar residues and arrangement are outlined in Figure 2. The enzymatic cascade used to “build” LPS, as encoded in the bacterial genome, is not shown but is extensively detailed by Wang and Quinn and supports that LPS is a specific functional unit.2

2.   Reciprocal specificity of the host response

Metazoan systems have already defined endotoxin through their very specific responses. However, not all metazoan responses are the same. For decades, Limulus-based tests have been an effective analytical surrogate for supporting drug testing. The specificity of the mammalian response is extreme. A single molecule of LPS is selected (purified away) from an aggregate by lipopolysaccharide binding protein (LBP)or potentially as a monomer where serum albumin has been found to serve in lieu of LBP.4 Once isolated, the LPS molecule is transferred to MD-2, which sits in TLR4, and brings about a transmembrane signalling event. This is about as “purified” as a molecule can get. TLR4 not only takes the measure of the molecule but also signals a response based upon the underlying variance in sub-molecular moieties. 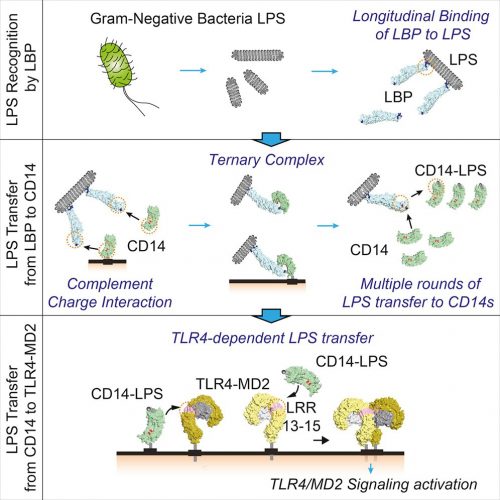 3.  Asymmetry in the gram‑negative bacteria OM

The asymmetry occurs as the OM OL consists of LPS and the inner leaflet consists of phospholipids (PL).7 If sufficient PLs aggregate in the OL, the cell has specialised methods to reestablish asymmetry; including “floating” in new LPS molecules.8 The longstanding definition of endotoxin as a singular molecular entity includes its unique ability to form this asymmetrical barrier. Thus, the proportionality of PLs and LPS as separate OM constituents (Figure 3) is an important property.

It is sometimes easier to define something by describing what it is not, rather than what it is. Endotoxin does not include other membrane-associated molecules. It is a quality or analytical marker for half a dozen bacterial residues that cannot otherwise be detected, and thus a critical quality attribute in pharma  manufacturing. One OM constituent type that shares the gram-negative surface with LPS is a “porin”. Porins are protein structures, typically present as trimers, that regulate the passage of water, solutes and nutrients in and out of the cell.

Figure 5: High-resolution analysis of the periplasmic surface of the R. denitrificans OM.
A) Membrane region densely packed with porin trimers.
B) At high-resolution substructure is visible on individual trimers.9

Figure 6: Atomic model of the native supramolecular assembly of porins in the OM9

Using atomic force microscopy (AFM), Oestreicher et al.10 studied two prototypical gram-negative bacteria structures from E. coli and Rhodobacter sphaeroides, stating: “Our research clearly demonstrated that both of these types of cells have an outer surface that is covered in a network of nanometer-sized holes similar to M. magneticum.” Like LPS, porins are separate, enduring structures that are immune reactive and difficult to destroy. “Porins are extremely sturdy proteins that can resist denaturation in the presence of 5M guanidium hydrochloride or two percent SDS at 70°C.”11 Porins should be of interest given that they are immunogenic in nature.12,13

While it doesn’t change the role of LPS as a potent contaminant, it makes it clear that LPS does not represent the entire gram-negative surface, but rather the OM consists of several discrete substances.

The historical and continued use of purified LPS as a standardised impurity (RSE/CSE) is supported by a detailed definition of endotoxin:

(d) its existence as a singular structure separate from and adjacent to other OM structures provides a contrast in terms of structure, function and immune reaction (TLR activation).

Efforts should be made to develop new tests to detect significant non-LPS membrane constituents. This forms a critical distinction. Rather than devising a “natural endotoxin” comprised of unpurified “cell wall” constituents of which only endotoxin can be detected, the individual constituents (endotoxin, phospholipids, porins, flagellin, etc) should have their own assays and standards as a means of broadening microbiological contamination control capabilities. This would provide necessary redundancy, whereas today the entire weight of detecting subcellular gram-negative bacterial artifacts falls on endotoxin.

Appropriate standards for impurity tests are an important part of analytical testing. As per USP <11>, an impurity mixture labelled as a “natural endotoxin” is not endotoxin, but a mixture that may contain endotoxins, proteins, phospholipids, nucleic acids and porins. Today’s Limulus-based tests are specific for endotoxin, not for cell wall or cytoplasmic constituents that are not endotoxin; this specificity is inherent in both Limulus Factor C and mammalian TLR4 detection architecture. The definition of endotoxin is a cross-discipline definition and not one that can be casually re-defined.

Kevin Williams worked for Eli Lilly for 30 years, developing QC tests for endotoxin detection, process control and control strategies of raw materials/excipients and container/closures. He wrote and edited the 2nd and 3rd editions of the book, Endotoxins. He currently works for Hyglos-bioMérieux.

10. Oestreicher, Taoka, and Fukumori. A comparison of the surface nanostructure from two different types of gram-negative cells: Escherichia coli and Rhodobacter sphaeroides, Micron 2015. 72, 8–14. 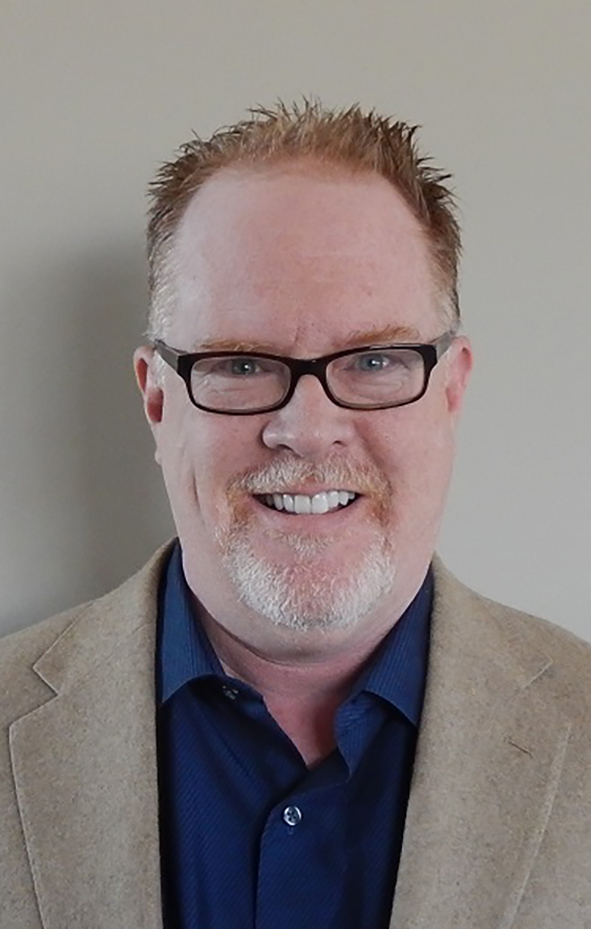