Hear from industry leaders in our upcoming live webinars – reserve your place today!
[EBOOK] Important considerations for every bio-pharmaceutical microbiology QC lab
Free membership: sign up today to access all of our exclusive content
Download your complimentary copy of our latest digital journal
article

Purification of a drug from host cell protein contaminants can be challenging, with low-level contamination often remaining after purification. Vanda Dolabela de Magalhães shares discussions on the subject from six Brazilian companies working in the biotech field. 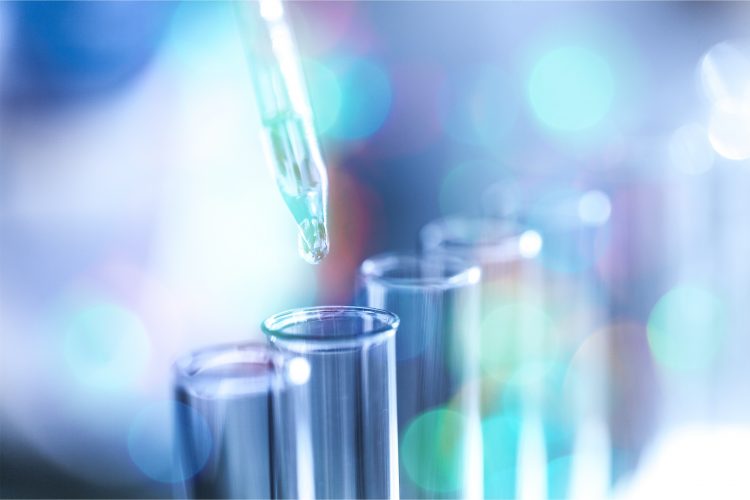 Host cell proteins (HCPs) are impurities found in biotechnological products that can cause immunogenicity and reduce the potency or stability of a drug.1,2 Reducing HCPs is therefore a matter of safety. Historically, the bioindustry has used Enzyme Linked Immunosorbent Assay (ELISA) to quantify these contaminants in a drug substance and it is considered the gold standard approach due to its sensitivity and selectivity. During drug development, regulatory authorities accept the use of commercial generic ELISA kits to quantify HCPs, but as the drug progresses to Phase III, they demand a proprietary ELISA is developed and used thereafter. This demand originated when an HCP that caused anti-human growth hormone antibody wasn’t detected by the commercial kit.3 Here we present the discussion and conclusions made by Brazilian biopharmaceutical companies who met recently to discuss this issue. The companies involved in this discussion were Biolab, Bionovis, Blau, Cristália, Eurofarma and Libbs, with support of the group FarmaBrasil.

Mammalian and bacteria cells are among the most commonly used platforms for biopharmaceutical production. The heterogeneity of an HCP profile, which includes proteins with differences in molecular weight, hydrophobicity and pI, poses a challenge to detection and quantification. Genome sequencing studies identified 24,000 predicted genes in Chinese Hamster Ovary (CHO) cells and approximately 4,300 genes in Escherichia coli (E. coli) chromosomal DNA.4-5

Although different processes can result in varying clearance of HCPs, such differences are thought to be of minor consequence.6 As technology improves, authorised manufacturing changes are often implemented.7

Other techniques have emerged for analysing HCPs, such as 2D-SDS-PAGE, Western Blot (WB), CE and LC-MS. It is noteworthy that immuno-specific methods, like ELISA or WB, have drawbacks related to the recognition capacity of the polyclonal serum. On the other hand, non-specific methods, like 2D-SDS-PAGE and mass spectrometry (MS), can detect any protein. The bioindustry has relied on this orthogonal approach to qualify the manufacturing process, and track and identify HCPs in the drug substance.8-13

Chapter 1132 of USP focuses on these orthogonal methods to demonstrate that a proprietary ELISA assay is fit for use after modifications in the manufacturing process. The suggested approach is approximately the same one used for ELISA development. If such a strategy can show the fitness of a proprietary kit after manufacturing changes, it is conceivable that the same approach could also demonstrate the fitness of a generic ELISA kit for a specific process. This supposition relies on three arguments: a) the protein profile of a null cell does not necessarily mimic the protein profile of a producing cell; b) development of an ELISA assay is not trivial and will not cover all HCPs; c) the protein profile of different strains of the same species are relatively conserved.

In the case of mammalian cells, a parental cell can be used as a null cell, or they can be transfected with the empty vector (without the recombinant protein coding sequence). Usually, vector insertion can be mapped but not always controlled. Moreover, after transfection, cells are adapted to grow in special conditions and uncontrolled mutations can occur.

The protein profile of bacterial or mammalian null cells will not be the same as the production clones’. Moreover, scientists have shown that drug substances eluted from protein A chromatography showed a higher HCP concentration than null cells eluted at the same step. This was explained by an association of HCP to the antibody that would not be detected in a process using null cells despite the method sensitivity.6

Challenges concerning the development of an immunoassay must also be considered. A pool of characterised HCPs are used to immunise more than one certified germ-free animal to guarantee a broader immunological response, considering the expected biological variability.13 Nevertheless, some HCPs might show higher antibody affinity while others might be less immunogenic, resulting in over- and under-representation of some HCPs in the antiserum. The absence of reproducibility is a drawback in 2D-SDS-PAGE that is used to characterise the obtained antiserum.14 The WB technique establishes the coverage of the antiserum but presents limitations of transfer efficiency to the membrane and of matching spots between gel and blot due to spur stains.11 Moreover, the denaturing conditions of 2D-SDS-PAGE will destroy native epitopes that are shaped by the three-dimensional structure of the protein, drawing amino acids apart in the protein sequence. Such epitopes will not be recognised in the WB.13

Consequently, a cascade immunisation protocol has been described to improve coverage.15 The ideal situation would identify by MS the non-recognised proteins, determine the most immunogenic epitopes of these proteins and use peptides containing this sequence in a new immunisation cycle. Even then, however, over- or under-representation is often the rule in immunoassays and no polyclonal antiserum recognises all HCPs.

Any ELISA kit, whether specific or generic, cannot detect all possible HCPs, even using a careful cascade strategy to develop the immune antiserum.

Knowledge of the homogenous genetic nature of different strains of the same species is reported in various genomics studies. Wild-type strains of E. coli of different origins revealed a small number of sequence types.16 The complete genome sequence of an E. coli strain identified 234 lateral transfer events in the last 100 million years from when this species diverged from Salmonella.17 More recently, comparative analysis of genomes, transcriptomes and proteomes identified phenotypic differences between E. coli strains, including two B-derived strains and two K12-derived strains. Protein profiles were very similar and most differences were in the spots intensity.18 Proteomics studies also showed minor differences in the HCP profile of E. coli hosts grown in different fermentation processes.19 Whole genome comparison of LS5218 E. coli strain to another 22 strains of the same species showed similarity of most genes. Accessory genes were found in two strains and unique genes in a single strain.20

Among a thousand proteins resolved by 2D-SDS-PAGE from three different CHO cell lines, only 11 qualitative changes and 26 quantitative changes were detected. Most qualitative differences represented post-translation modifications, reflecting cell adjustments during growth.8 Another study compared two CHO cell lines after one suffered selective pressure known to result in chromosome rearrangements and only five differences in gene expression were detected.21

Genentech scientists saw more similarity than differences in HCP profile by LC-MS/MS of three CHO cell lines grown in different upstream processes.22 Knowledge regarding the homogenous genetic nature of closely-related strains supports the probability of the commercial kit fitness for most biotechnological processes. One ELISA commercial kit for E. coli, for instance, is derived from six different E. coli strains, while a third-generation CHO commercial kit was developed using two strains of CHO cells that react to approximately a thousand HCPs.

ELISA, the gold standard method for HCP quantification in biotechnological drug substances, has some limitations relating to the method itself and its development. Any ELISA kit, whether specific or generic, cannot detect all possible HCPs, even using a careful cascade strategy to develop the immune antiserum.

The null cell suggested by the pharmacopeia to produce HCPs for immunisation doesn’t necessarily produce a protein profile identical to the production cell. Genetic homogeneity among different strains of the same species has been demonstrated by genomic studies. Differences in processes have shown small impacts on the protein profile.

The findings described above and the restraints of developing an ELISA kit corroborate the idea that a proprietary ELISA kit might not detect such minute differences. There is no assurance that a proprietary kit will perform better than a commercial one. The better strategy to mitigate potential adverse effects of HCPs will be continuing the development of a robust process that consistently removes HCPs to the lowest possible level. An orthogonal approach must prove the robustness of the manufacturing process in removing HCP. At specific steps, HCP must be evaluated by 2D-SDS-PAGE, WB, MS and ELISA, as exemplified above. A proprietary ELISA kit is only required in the event that the orthogonal approach doesn’t show good performance in tracking HCP along the manufacturing process and quantifying it in the drug substance. These issues must be discussed case by case with the regulatory agencies in order to assure the required patients’ safety along with a successful biodrug development.

Vanda Dolabela de Magalhães has a Masters degree in Biochemistry and a PhD in Science with a focus on molecular biology. She is head of Research & Development at Bionovis, a Brazilian biotechnology company. Prior to this role, Vanda was in charge of the development of the first Brazilian biosimilar, fully developed in Eurofarma Laboratórios, Fiprima, and launched in 2018.