The impact of counterfeit drugs in south and south-east Asia

Substandard and counterfeit drugs can negatively impact the pharmaceutical industry and patients. Here, we investigate counterfeits in south-east Asia and possible solutions. 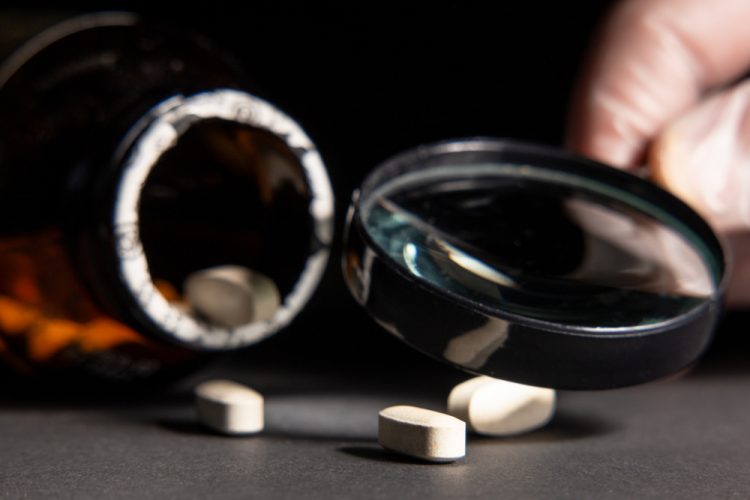 Counterfeit and falsified drugs can have a serious impact upon human health. These drugs can also influence microbial resistance as well as have an effect on pharmaceutical companies’ profits and branding. Tackling counterfeit drugs is therefore an important issue which companies and governments alike are looking to combat.

Although there is no international consensus of what makes a drug counterfeit, the World Health Organization (WHO) defines them as “drugs that are deliberately and fraudulently mislabelled with respect to identity and/or source.” They explain that counterfeits are a type of substandard drug, which are “genuine medicines which have not passed the standards and quality testing protocols set for them.”

In 2017, WHO analysed drug samples and found that 10.5 percent of pharmaceutical drugs in low and middle-income countries are fake or substandard.1 Many south-east Asian countries like China and India are developing nations so may have counterfeit drugs at these levels.2

WHO reported that according to the Pharmaceutical Security Institute, Asia accounts for the largest share of counterfeit drugs in the world.3 China and India are two of the biggest drug manufacturers4 so counterfeit drugs could potentially cause problems for this populous region.

Extent of the problem

The extent of the falsified drug problem is not limited to south-east Asia but is global. However, within the region, they present a difficulty.

In 2009, 20 million pills, bottles and sachets of counterfeit and illegal pharmaceuticals were seized by the International Criminal Police Organisation throughout China and seven other south-east Asian countries. A total of 33 people were arrested and 100 retail outlets closed.3 The drugs obtained included antibiotics, birth-control medicines and antimalarials. Although a successful operation, the volume of drugs indicates how many counterfeits are available to patients in Asia.

pharmaceuticals on the market present opportunities for fakes

“If there is insufficient product on the market, within days, the vacuum is filled with falsified versions,” says Michael Deats, an expert on medicine safety and vigilance with WHO.

Pharmaceuticals on the market present opportunities for fakes and the WHO suggests that the internet provides a key route for counterfeit drugs to appear on the market.5 The organisation also says a self-diagnosing culture has contributed to counterfeit prospects.

In 2016, the WHO issued a warning for south-east Asia, after two falsified hepatitis C pharmaceuticals and a falsified yellow fever vaccination were discovered.4 The alert indicates that the problem is widespread throughout Asia and requires many governments and groups to work together.

Myanmar, Vietnam and Thailand were included within this region, but are also purported to be a part of the problem, as major transit points. The World Customs Organization (WCO) reports that 50-60 percent of illicit traffic is shipped via sea4 so the positions of these three countries makes them ideal locations for the transport of counterfeit drugs throughout the region.

India and China are major players within the world of counterfeit drugs. The countries manufacture large proportions of the world’s medicine and the extent of their reach means that counterfeit drugs can have a worldwide consumer base. Half of the deaths from the current opioid crisis in the US were from the synthetic heroin fentanyl, manufactured in China.6 The fentanyl was reported to contain counterfeit medications, highlighting the global impact of substandard drugs.

The manufacturing of drugs in Asia leads to other populations around the world being affected, meaning there is a knock-on impact. 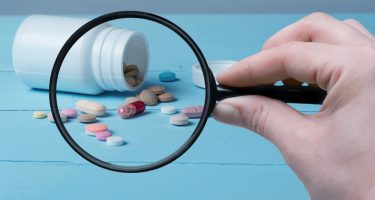 Counterfeit drugs not only reduce profits for pharmaceutical companies. Once taken by patients, falsified drugs can cause health problems and even be fatal.

In 2011, approximately 200 people died after taking contaminated heart medication in Pakistan.7 Then in 2012, 60 people died in the country after drinking cough syrup to get high.8 Tests of the medicine revealed that it contained Levomethorphan, a chemical five times stronger than morphine. Counterfeits therefore present a danger to patients and their wide availability makes them even more hazardous.

Pfizer has recently discovered that their successful drug Viagra is being undermined by counterfeits. In Hong Kong, approximately 40 percent of Viagra sales were fakes.9 This seriously damages their sales and puts patients at risk. To combat this, Pfizer has embraced serialisation technologies, enabling their products to be tracked. Using codes both visible and invisible, they were able to implement the change within weeks. This is one method of challenging counterfeit drugs.

Although the patient and pharmaceutical impacts of counterfeit drugs are clear, there are preventative steps that can be taken. Initiatives like the Falsified Medicines Directive in Europe could provide templates for similar projects in Asia. This regulation will require manufacturers to place safety features on all medicines and make financial contributions to a verification system to ensure the validity of pharmaceutical products.10 Compulsory on packaging will be a unique identifier in the form of a barcode and an anti-tamper device.

What can be done for the future?

Measures can be taken to minimise the spread of counterfeit drugs. In 2013, WHO launched the Global Surveillance and Monitoring System to encourage countries to report incidents of substandard and falsified medical products in a structured format.11 Member states will pass on information about substandard and falsified drugs to WHO, which will then add reports into a database. Another aim of the system is to identify the scope and scale that counterfeit drugs hold to assess the harm they may cause. This method of recording counterfeits allows patterns to be tracked and keep the public informed. 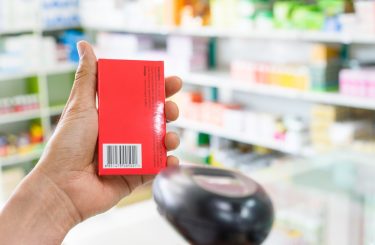 Another method of combatting falsified drugs is through legislation. India has recently announced that they are introducing mandatory barcoding of pharmaceutical products.12 When drugs are scanned, they can immediately be identified. This improves the traceability of medicines, allowing fakes to be easily identifiable.

Using blockchain-based systems is another possibility to fight counterfeit drugs. In 2018, the National Institution for Transforming India (NITI) announced that they would be partnering with US-based computer technology company Oracle13 to deploy blockchain technology to advance the traceability of pharmaceutical products. Having a growing database for products enables countries to keep track of pharmaceutical products, preventing counterfeits from entering the system as easily.

The Central Drugs Standard Control Organization (CDSCO) in India is working to improve medicine quality in the country:

“Substandard medicines are a major issue in India, and we are looking out for ways to tackle the problem. As a quality regulator, we are developing proper mechanisms to stop manufacture and sale of counterfeit drugs so that they don’t reach the patients,” said G. N. Singh, Drug Controller General of India.

In October 2018, China’s Drug Administration Law went under review to toughen penalties for counterfeit drug makers and improve regulation of the industry.14 The draft includes a “full traceability” mechanism and drug recall system. Substandard products meant that the government was forced to take action as a preventative measure.

some combative techniques are not only through legislation, but from pharmaceutical companies and distributors themselves

Another solution is in use in Myanmar. The Nigerian start-up RxAll has produced a handheld device which can assess the compound of a drug in real time.15 This is being used commercially, showing that some combative techniques are not only through legislation, but from pharmaceutical companies and distributors themselves.

The problems that arise from counterfeit drugs in south-east Asia have and will continue to cause many problems for patients and the pharmaceutical industry. The steps being taken to tackle the situation include serialisation and improving traceability of drugs. Groups working together can also help to combat the situation. These measures mean that the impacts will hopefully be reduced, improving human health and decreasing the costs for pharmaceutical companies.