New vaccine patch has showed no negative side effects and could lead to a replacement of needle-based vaccination methods. 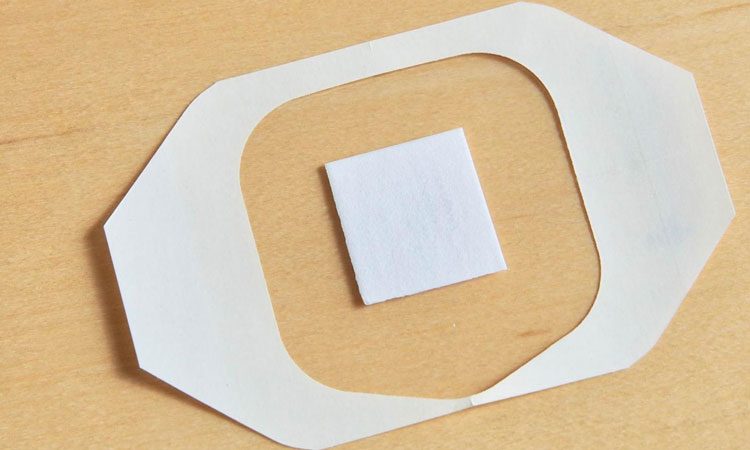 A new needle-free flu vaccine patch revved up the immune system much like a traditional flu shot without any negative side effects (credit: University of Rochester Medical Center).

According to a new study from the University of Rochester Medical Center, US a needle-free flu vaccine patch revved up the immune system like a traditional flu shot without any negative side effects. This is an important step toward a technology that could replace needle-based vaccination methods.

“Our patch overcomes a lot of the challenges faced by microneedle patches for vaccine delivery… and our efficacy and lack of toxicity make me excited about the prospect of a product that could have huge implications for global health,” said Benjamin L Miller, PhD, corresponding author.

Past research by Lisa A Beck, MD discovered that the expression of a protein called claudin-1 helps maintain barrier strength and lessen the permeability of the skin. Beck found that decreasing claudin-1 expression in skin cells made the skin more permeable.

For the new skin patch, Beck, along with Miller and Matthew Brewer, PhD wondered if they could use this induced permeability to get a flu vaccine virus through the skin. They tested their formulations in human skin cells and identified a peptide that disrupted the barrier without any toxic effects.

Next, they designed a patch containing the synthetic peptide and a recombinant flu vaccine and tested two scenarios.

In both scenarios, the patch effectively opened up the skin barrier.

When the patch was placed first there was not a significant immune response, suggesting that it might not be effective at taking a flu-naïve infant who has not received a flu shot or been exposed to the virus to adequate protection. But it did initiate a robust immune response when it followed the intramuscular shot, suggesting it could boost pre-existing immunity for anyone six months or older who has been vaccinated and/or exposed to the virus.

Importantly, the team saw no physical changes in the skin over the three month period the mice were observed, meaning that the brief barrier disruption did not increase the risk of infection.

The team hopes to conduct human trials in the future.

The study was published in the Journal of Investigative Dermatology.

Studies: Detection of endotoxin and non-endotoxin pyrogens by MAT