An innovation in hydrogels has created a portable, reusable chemical-producing platform that could provide access to essential pharmaceuticals without specialised storage requirements. 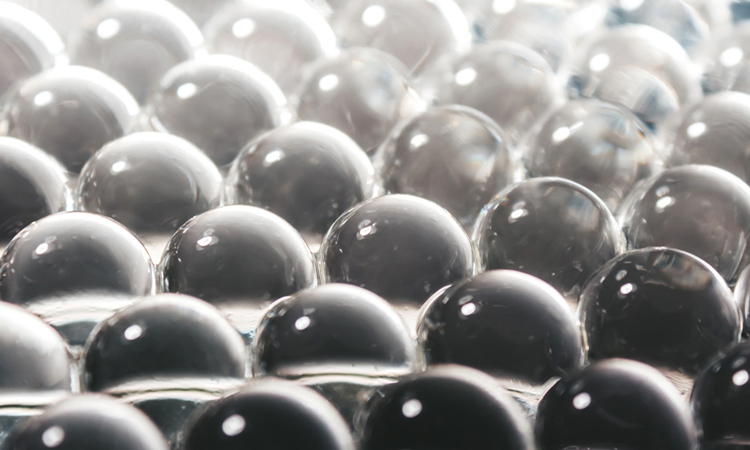 Researchers have created portable ‘biofactories’ using lyophilised (freeze-dried) hydrogels containing cells engineered to overproduce pharmaceuticals or other chemicals. According to the researchers, the gel and cells can be reactivated with water and sugars and could be a compact and reliable way to access medications which normally require specialised conditions for storage, providing a solution to challenges in synthetic biology and bioprocessing.

The paper, published in Nature Communications, details how the hydrogel and cells mixture flows like a liquid until exposure to a UV light to harden it. The resultant form is a polymer network, that according to the study is large enough for molecules and proteins to move through, but too small for the cells to leak. In the study, products were produced within hours or days.

The paper suggests the liquid form can be manually extruded or three-dimensionally (3D) printed, depending on requirements and available resources.

The team also demonstrated that the biofactories could be repeatedly used, in their test system for over a year, without a measurable decrease in production yields”

The team further discovered that lyophilising the liquid ‘biofactory’ enabled it to be preserved without any specific storage requirements. The researchers were able to reanimate the hydrogel and cells, allowing for pharmaceutical production, by adding just water and sugar, or an alternative nutrient. They cited that the production post-lyophilisation and reanimation was equivalent to that prior to these processes.

The structure of the hydrogel, according to the study, enables multiple different organisms (consortia) to be grown efficiently in tandem; either in a combination to promote each other’s growth or with enough separation to prevent one overgrowing and killing the other. By controlling the temperature of the hydrogel, researchers managed the growth of multiple cell types, keeping them balanced.

The team also demonstrated that the biofactories could be repeatedly used, in their test system for over a year, without a measurable decrease in production yields. 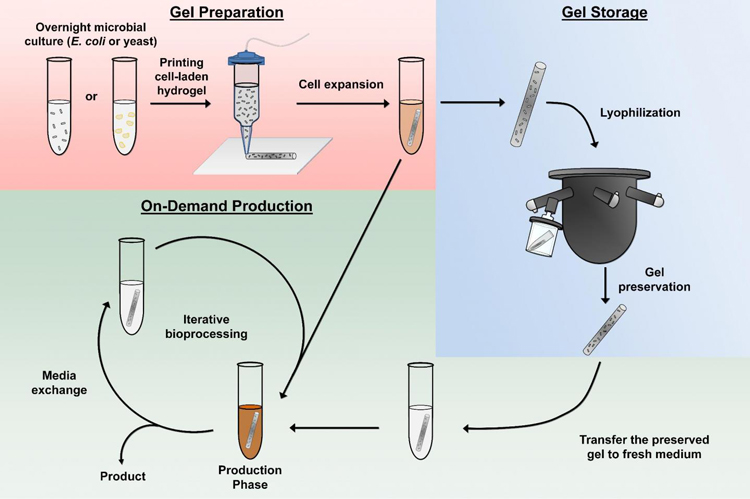 Study leader Hal Alper, professor at the University of Texas at Austin’s Cockrell School of Engineering, US, said: “We have taken a completely different angle for fermentation by utilising hydrogels. Many of the chemicals, fuels, nutraceuticals and pharmaceuticals we use rely on traditional fermentation technology. Our technology addresses a strong limitation in the fields of synthetic biology and bioprocessing, namely the ability to provide a means for both on-demand and repeated-use production of chemicals and antibiotics from both mono- and co-cultures.”

According to the scientists this ‘plug-and-play’ biofactory system would be particularly useful in rural areas of developing countries, where there is limited access to refrigeration or pharmacies, or on space and military missions because of the portability of the system. The researchers explained that, although not yet fully developed, the possibilities are promising.

“This technology can be applied to a wide range of products and cell types. We see engineers and scientists being able to plug and play with different consortia of cells to produce diverse products that are needed for a specific scenario,” Alper said. “That’s part of what makes this technology so exciting.”