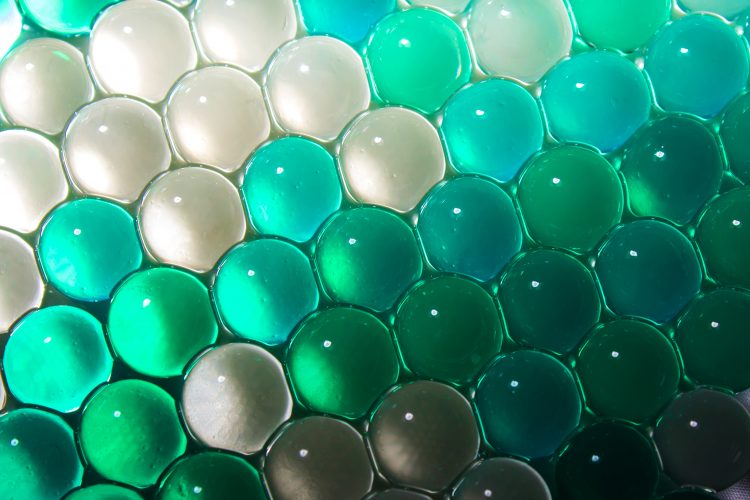 Researchers have shown that bone stem cells grow better on microporous annealed particle (MAP) hydrogels that biodegrade. Under a fluorescent microscope the researchers watched as the cells rearranged their environment as it broke down, to enhance their growth, form networks and spread. They suggest their findings may lead to improvements to hydrogel delivery of stem cells for regenerative medicine.

“Our research now shows that stem cells flourish on degrading MAP hydrogels; they also remodel their local environment to better suit their needs,” said Dr Daniel Alge, assistant professor in the Department of Biomedical Engineering at Texas A&M University. “These results have important implications for developing MAP hydrogel-based delivery systems, particularly for regenerative medicine where we want to deliver cells that will replace damaged tissues with new and healthy ones.”

MAP hydrogels are soft, injectable materials made of interconnected microbeads of polyethylene glycol. The microbeads cannot directly bind to cells but can be engineered to present cell-binding proteins which attach to specific cell surface receptors. Little was known about how stem cells grew in hydrogels, so this study, published in Acta Biomaterialia, set out to explore the health and behaviour of cells growing in the environment.

…the MAP hydrogels that degraded the fastest had the largest population of stem cells.”

The researchers compared the growth of bone stem cells in three different MAP hydrogels: one did not degrade, the second degraded slowly, and the third degraded quickly.

The team ran the same experiment with two different binding proteins engineered in the hydrogels, and observed how the cells grew using a high-resolution, fluorescent microscope.

According to the researchers, they were surprised to see that, for both types of binding proteins, the MAP hydrogels that degraded the fastest had the largest population of stem cells.

“In the intact MAP hydrogel, we could still see the spherical microbeads and the material was quite undamaged,” said Alge. “By contrast, the cells were making ridges and grooves in the degrading MAP hydrogels, dynamically remodelling their environment.”

The team also highlighted that their study showed the quantity of bone proteins produced by the stem cells, depended on the cell-binding protein contained in the hydrogel.

“Although MAP hydrogel degradability profoundly affects the growth of the stem cells, we found that the interplay between the cell-binding proteins and the degradation is also important,” Alge explained. “As we, as a field, make strides toward developing new MAP hydrogels for tissue engineering, we must look at the effects of both degradability and cell-binding proteins to best utilise these materials for regenerative medicine.”