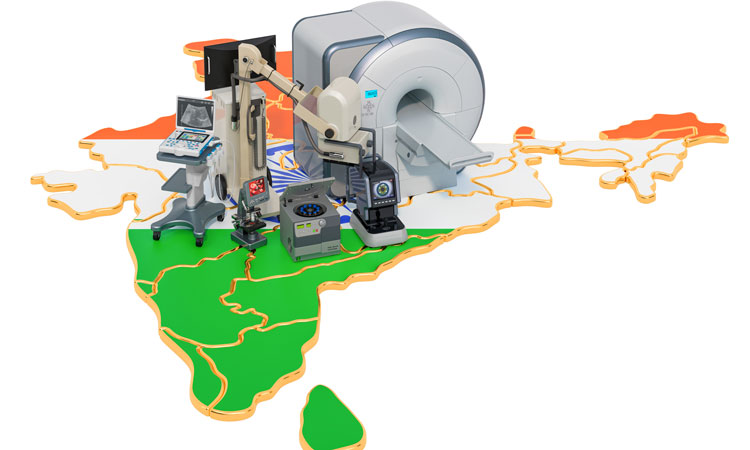 The country’s Phased Manufacturing Programme (PMP) was introduced in August 2015 with the aim of boosting local manufacture of electronic and electrical products and increasing the use of locally-produced components. This new report highlights the extent to which India’s decision to reduce import dependency will positively impact both domestic and foreign medical device manufacturers in India.

‘X-Ray Systems – Diagnostic Imaging Market Analysis and Forecast Model’ reveals that the Indian X-Ray systems market, in particular, which accounted for more than 11 percent of the Asia-Pacific (APAC) medical devices market in 2019, is expected to grow at a compound annual growth rate of five percent through 2028.

The PMP aimed to gradually phase out the zero customs duty for imported components over time, when domestic production of such items increased. Domestic manufacturers will enjoy financial benefits for producing components for medical devices, as well as tax reliefs and incentives for local X-Ray systems producers. GlobalData expects this plan to have similar benefits for the medical devices industry as the previous scheme for mobile manufacturing in India, which resulted in a strong local mobile manufacturing hub.

Pratibha Thammanabhatla, Medical Devices Analyst at GlobalData, comments: “PMP will give a decent opportunity for domestic players to gain market share and at the same time, still allowing foreign firms to choose India as their manufacturing destination. In addition, with increase in domestic manufacturers, the share of imported devices is expected to gradually come down.”

However, challenges such as shortage of continuous power supply, proper infrastructure and high-risk intellectual property protection are challenges that must be addressed to secure India as a successful manufacturing hub of medical devices.

Thammanabhatla says: “India is trying to increase the accessibility of quality products at (an) affordable price to millions of people by encouraging domestic manufacturing of medical devices. PMP is expected to bring a paradigm shift and make India a global medical device manufacturing hub.”