Developing a COVID-19 biosensor for faster diagnostics and environmental monitoring

A team have developed a biosensor with high specificity and sensitivity for COVID-19 that could be used in hospitals, train stations or laboratories to detect SARS-CoV-2. 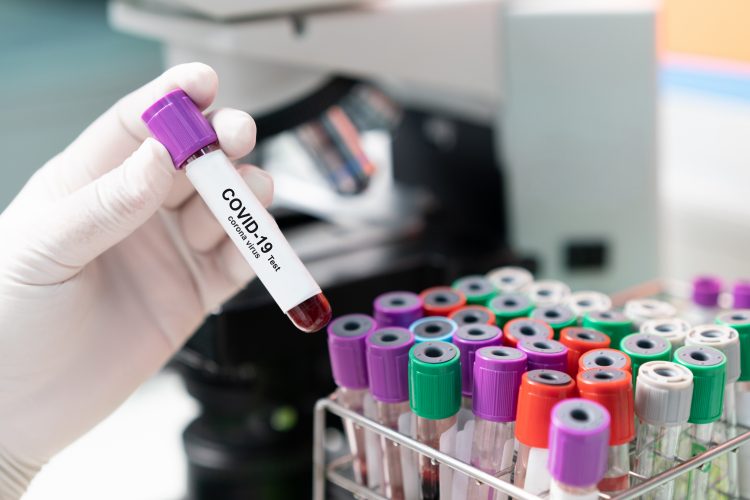 Researchers developing biosensors that could detect bacteria and viruses in the air have developed a sensor able to specifically detect SARS-CoV-2, the virus which causes COVID-19. While further development is needed before commercial application, the team suggest their biosensor could in the future be deployed in hospitals, train stations, laboratories and more to combat the spread of the COVID-19 pandemic. 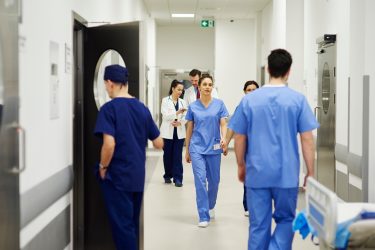 Jing Wang and his team at the Swiss Federal Laboratories for Materials Science and Technology (Empa) and ETH Zurich (Swiss Federal Institute of Technology in Zürich) typically work on measuring, analysing and reducing airborne pollutants like aerosols and artificial nanoparticles. However, they have since turned their investigations to develop a quick and reliable sensor to detect COVID-19 in highly populated areas, like train stations and hospitals.

Having previously worked on sensors to detect bacteria and viruses in the air, the team began work to create one to specifically detect COVID-19. The sensor will not necessarily replace the established laboratory tests but could be used as an alternative method for clinical diagnosis and to measure the virus concentration in the air in real time.

The current standard laboratory test for COVID-19 uses reverse transcription polymerase chain reaction (RT-PCR). While it is highly sensitive and able to detect even small amounts of SARS-CoV-2 in samples, it is time consuming and prone to error.

The team developed an alternative test method which uses an optical biosensor. To ensure its reliability, the sensor combines two effects: an optical and a thermal one.

Based on tiny gold structures, called nanoislands, on a glass substrate, the biosensor has artificially produced DNA receptor sequences that are complimentary to sections of the SARS-CoV-2 virus’ RNA genome. These unique sequences are grafted onto the gold nanoislands and reliably detect SARS-CoV-2.

To detect whether an RNA sequence binds to the sensor, the researchers use localised surface plasmon resonance (LSPR). LSPR is an optical phenomenon that occurs in metallic nanostructures: when excited, the nanoislands alter the incident light to a specific wavelength, creating a plasmonic near-field around the nanostructure. When molecules bind to the surface of the biosensor, the local refractive index within the plasmonic near-field changes. An optical sensor located on the back measures this change and determines whether the sample contains the RNA strands and therefore the virus in question.

While only the RNA strands of SARS-CoV-2 exactly match the DNA strands on the sensor, dependent on the ambient temperature RNA strands that are not complimentary can bind to the sequences, giving false readings. To combat this the COVID-19 biosensor uses the plasmonic photothermal (PPT) effect to increase accuracy: by heating the nanostructures with a laser of a certain wavelength to create the correct heat to ensure only fully complimentary strands bind.

When two complimentary strands of nucleic acids combine to form a double strand. This process is called hybridisation and when two strands split it is called denaturation. Denaturation can happen in response to heat – if the bonds between the two strands are not strong enough to overcome the vibration of the molecules in response to the heat applied. This occurs at or above a specific temperature, called the melting temperature.

Demonstrating the reliability of the biosensor

The team took both the SARS-CoV-2 and the SARS-CoV viruses, which only differ very slightly in their genomic sequences and tested the biosensor. Wang stated that the validation was successful, as “tests showed that the sensor can clearly distinguish between the very similar RNA sequences of the two viruses”. He also noted the results were ready in only minutes.

However, the team cautioned that further development is necessary before it can be implemented, including the development of a system that draws air in, concentrates the aerosols in it and releases the RNA from the viruses. Wang said that once these systems were in place, they could be applied to other viruses and help with preventing future epidemics and pandemics.

The paper was published in ACS Nano.