A clinical trial has shown that antibiotics administered orally are just as effective at killing Pseudomonas aeruginosa in cystic fibrosis patients as intravenous antibiotics. 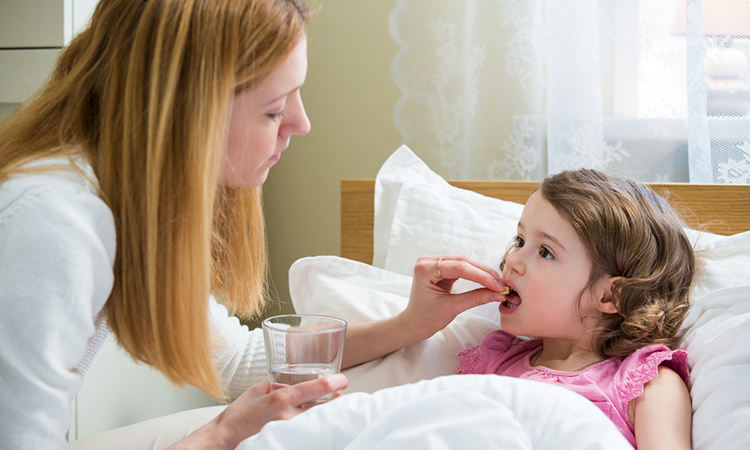 The research was led by scientists from the Universities of Bristol and Nottingham, both UK.

The study looked at the effectiveness of the two types of treatment in tackling Pseudomonas aeruginosa, which causes a chronic destructive lung infection in CF patients and which cannot be eradicated unless it is caught in the early stages. In total 286 patients took part in the multicentre, parallel group, open-label, randomised controlled study at 70 centres and clinics around the UK and two in Italy.

Dr Simon Langton Hewer, a consultant respiratory paediatrician at University Hospitals Bristol and Weston NHS Foundation Trust (UHBW) and chief investigator of the study, said: “I’m very excited to be able to share the results of this very important study which has implications for adults and children with CF who have a new infection of P. aeruginosa. Our study found that traditional oral antibiotics are just as effective as intravenous antibiotics, which means that CF patients who have a new P. aeruginosa infection can be treated at home and saved the inconvenience of having to be admitted to hospital for treatment. The results of the study provide evidence to guide practice in CF centres and will help to reduce unnecessary hospital admissions.”

Oral and nebulised (inhaled) antibiotics have mainly been used to eradicate P. aeruginosa, but are only effective if the infection is caught in time. Intravenous antibiotics are used commonly to eradicate the infection, however until now there was no clear scientific evidence that intravenous treatment was any better than oral.

However, the TORPEDO trial has now shown that routine use of intravenous antibiotics, to eradicate P. aeruginosa, is not justified. Despite this, the scientists say there will still be circumstances (such as a worsening cough or drop in lung function) where intravenous treatment will be needed.

Professor Alan Smyth, from the University of Nottingham’s School of Medicine and a co-chief investigator in the TORPEDO clinical trial, said: “For many years we felt we should admit children with cystic fibrosis for intravenous antibiotics when they first had a P. aeruginosa infection… Thanks to the TORPEDO trial, we now know that oral and inhaled treatment is at least as effective as intravenous, in most cases. In future, we can give this treatment at home and avoid the inconvenience and expense of a hospital admission.”

The findings of the study will be published in The Lancet Respiratory Medicine.