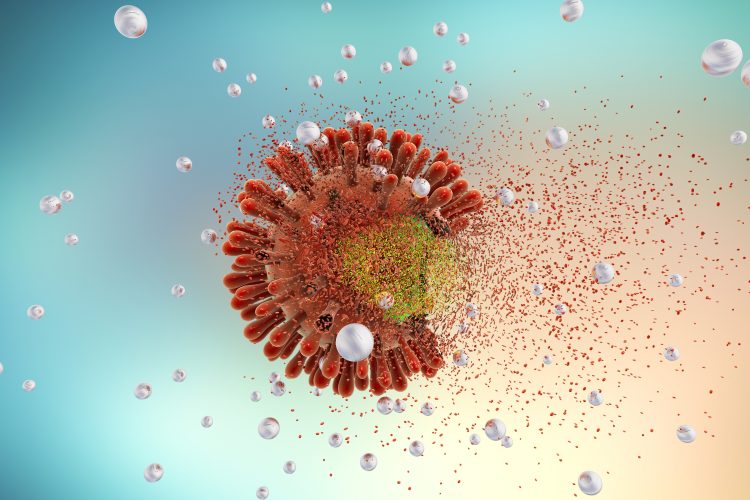 A new study has found that dolutegravir is the optimal medication for first-line treatment for people newly diagnosed with HIV. This discovery could change international treatment recommendations for newly diagnosed HIV patients, an update that could affect nearly two million people per year worldwide.

The study published in EClinicalMedicine was commissioned by the World Health Organization (WHO) as part of a planned update to its guidelines for HIV antiretroviral treatment (ART).

“Research supporting the 2016 WHO guidelines suggested that dolutegravir was effective and well tolerated, but its efficacy and safety among key populations, such as pregnant women and people living with both HIV and tuberculosis (TB), remained unclear,” said the study’s lead author, Dr Steve Kanters, who completed the research as a PhD candidate in University of British Columbia’s School of Population and Public Health (SPPH). “In 2018, new research warned of a potentially serious increase in risk of neural tube defects in the children of women who became pregnant while taking this treatment.”

According to the researchers, this risk meant that despite its favourable profile compared to other drugs, dolutegravir was only recommended as an alternative, with the antiretroviral efavirenz recommended as the primary treatment.

The study team completed a network meta-analysis of research stemming from 68 available antiretroviral therapy (ART) clinical trials. They found dolutegravir was superior to efavirenz in most outcomes, including viral suppression, tolerability and safety. Kanters commented that the five percent increase in the probability of viral suppression with dolutegravir could have a significant impact on achieving international goals for HIV treatment.

According to the researchers, another key attribute of dolutegravir is that it is effective in people who are resistant to NNRTI-class antiretrovirals (including efavirenz), a problem that is becoming increasingly common.

The analysis also showed that dolutegravir and efavirenz had similar rates of adverse events for pregnant women. The report stated that the increased risk of neural tube defects for dolutegravir was estimated to be less than 0.3 percent, which Kanters said shows “that the risk with dolutegravir is much more tolerable than previously thought and should quell the initial worry about this drug”.

“Dolutegravir appears to be here to stay as the preferred treatment for people newly diagnosed with HIV. However, it is important to recognise the good that efavirenz has done over the past two decades, as it helped lead the ART scale-up around the world,” added Kanters.

While this study is specifically focused on the optimal treatment for people newly diagnosed with HIV, an upcoming publication will review the evidence in support of switching to dolutegravir for people whose first treatment choice has been unsuccessful in controlling their HIV infection. This recommendation could mean improved treatment for the many people living with HIV around the world who are unable to achieve viral suppression despite being on treatment.