A novel algorithm shows that there is a robust network for transferring plasmids between bacteria which may be causing the rapid spread of antibiotic resistance. 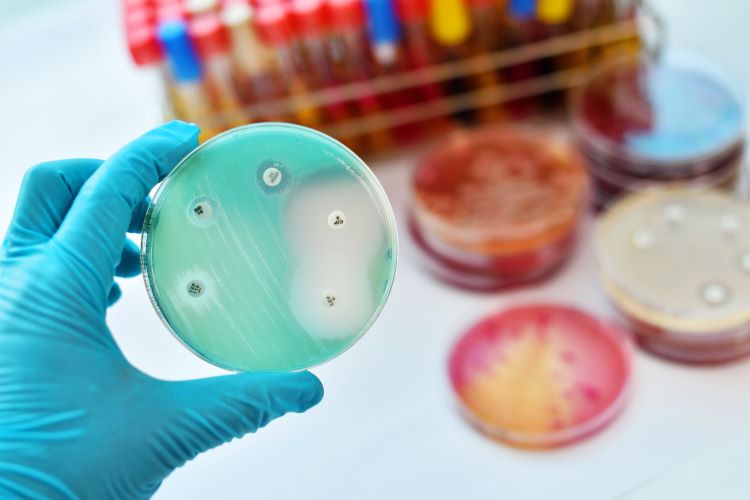 New research suggests that bacteria could be developing antibiotic resistance so rapidly because of significant genetic transfer between bacteria in our ecosystems and to humans.

The World Health Organization (WHO), says antibiotic resistance is one of the greatest threats to global health, food safety and development. It already causes over 33,000 deaths a year in Europe alone.

The most important mechanism for spreading antibiotic resistance is called conjugation. When two bacteria cells come into contact, they share resistance genes to each other by copying and transferring plasmids – small DNA molecules where bacteria store some of their genes outside the chromosome. Conjugation can occur between completely different species of bacteria.

“In recent years, we have seen that resistance genes spread to human pathogens to a much greater degree than anyone expected,” said Jan Zrimec, researcher in systems and synthetic biology at Chalmers University of Technology, Sweden. “Many of the genes appear to have originated in a wide array of bacterial species and environments, such as soil, water and plant bacteria.

“This has been difficult to explain, because although conjugation is very common, we have thought that there was a distinct limitation for which bacterial species can transfer plasmids to each other. Plasmids belong to different mobility groups, or MOB groups, so they cannot transfer between just any bacterial species.”

However, in his study Zrimec found that genetic transfer may be much more boundless and widespread than previously anticipated.

He used, among other things, a novel algorithm he developed that can identify specific DNA regions, called oriT regions, that are necessary for conjugation from databases consisting of genetic sequences from the DNA of thousands of plasmids. The algorithm can also sort plasmids into MOB groups based on the identified oriT regions.

In the study he used the algorithm to explore known gene sequences from over 4,600 naturally occurring plasmids from different types of bacteria. Some of his most important findings were that:

“These results could imply that there is a robust network for transferring plasmids between bacteria in humans, animals, plants, soil, aquatic environments and industries, to name a few,” Zrimec explained. “Resistance genes occur naturally in many different bacteria in these ecosystems, and the hypothetical network could mean that genes from all of these environments can be transferred to bacteria that cause disease in humans.

“This may be a possible reason for the rapid development of resistance in human pathogens that we have observed in recent years. Our extensive use of antibiotics selects for resistance genes, which could thus flow in from a much larger naturally occurring genetic reservoir than we previously estimated.”

The scientific article was published in Microbiology Open.

EFPIA calls for harmonisation of GMO procedures in investigational drugs