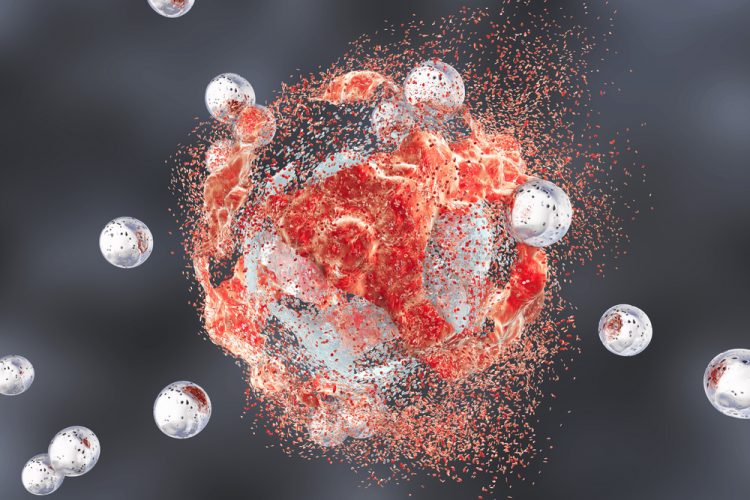 To enable Dp44mT (Di-2-pyridylketone-4,4-dimethyl-3-thiosemicarbazone) to be safely used for the treatment of gliomas, researchers have developed a novel nanocarrier for the chelator. In preclinical studies the targeted drug delivery system was shown to significantly improve the transport of Dp44mT across the blood brain barrier and drastically reduce tumour growth, compared to untargeted delivery of the drug.

Gliomas are brain cancers and the most common and aggressive form, glioblastoma multiforme, currently has a survival rate of just five years because it is notoriously hard to treat using current regimens, eg, surgery, radiation, chemotherapy and combinations of the same.

“Two of the major challenges in the treatment of gliomas include poor transport of chemotherapeutics across the blood brain barrier and the undesired side effects of these therapeutics on healthy tissues,” explained Sheereen Majd, assistant professor of biomedical engineering at the University of Houston, US. “To get enough medicine across the blood brain barrier, a high dosage of medication is required, but that introduces more toxicity into the body and can cause more problems.”

In a new article, published and featured on the cover of a January issue of Advanced Healthcare Materials, Majd and colleagues report a new glioma-targeted nanotherapeutic that uses interleukin-13 (IL-13) to specifically target glioma cells, increasing treatment effectiveness while also reducing side effects. Gliomas are known to express an abundance of IL-13 receptors, hence the attachment of IL-13 to the nanoparticles.

Dp44mT is a chelator – it removes iron from its environment. It has been shown to be a highly effective medication to inhibit the progression of cancers, which are known to use an overabundance of iron to promote growth and metastasis. However, prior to this study, it had never been used against brain cancers.

In the study, the team detail the development and preclinical testing of poly(ethylene glycol) (PEG)ylated poly(lactic‐co‐glycolic acid) (PLGA) nanoparticles decorated with IL-13 and loaded with Dp44mT. The base PGLA nanoparticles are already US Food and Drug Administration (FDA) approved.

The investigators reported that, in vitro, IL-13-conjugation enhanced glioma cell uptake of the nanoparticles and also improved their transport across a blood-brain-barrier model. Additionally, the targeted drug showed high toxicity towards glioma cell lines and patient‐derived stem cells and caused no significant death in healthy brain microvascular endothelial cells.

When the targeted treatment was tested in a xenograft mouse model, IL-13‐conjugated Dp44mT‐nanoparticles reduced glioma tumour growth by approximately 62 percent, where their untargeted counterparts reduced it by only 16 percent. The authors of the study also noted that the formulation did not cause any significant weight loss or kidney/liver toxicity in mice.

Majd concluded that targeted use of Dp44mT is even more promising, as the chelator is known to have a unique ability to overcome multidrug resistance, which is common in aggressive brain tumours and makes them nearly impervious to common chemotherapeutics such as temozolomide or doxorubicin.

University of Houston, US Food and Drug Administration (FDA)

University of Houston, US Food and Drug Administration (FDA)