The novel microneedle array uses electroosmotic flow and a series of interconnected micropores to deliver large molecules or extract of fluid samples. 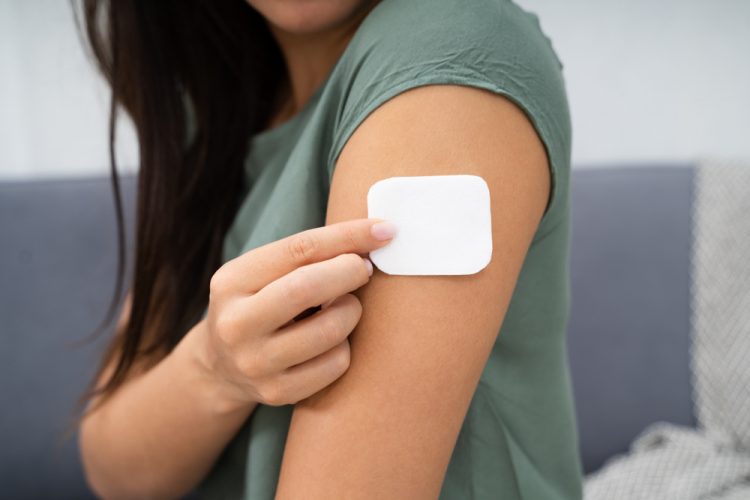 Researchers at Tohoku University have developed a biobattery-powered device capable of both delivering large molecule pharmaceuticals across the skin barrier and extracting interstitial fluid for diagnostic purposes. According to its developers, the organic drug delivery patch, which they are now working to make biodegradable could revolutionise the market.

The microneedle array, which is smaller than the nail on your little finger, is composed of solid polymer-based ion-conductive porous microneedles (PMN) modified with a charged hydrogel. The microneedles contain interconnected micropores, which allows them to either extract or inject fluid, including the large molecules of vaccines or potentially insulin.

According to Matsuhiko Nishizawa, corresponding author on the paper, professor in the Department of Finemechanics in the Graduate School of Engineering at Tohoku University, Japan, and leader of the team of developers, this is all achieved without increasing the size of the microneedles and therefore is a step further than the patches already commercialised for small molecule drug transmission used for post-operative pain relief or migraine treatments.

The porous microneedles are 250 microns long, thereby they penetrate deep enough to get past the stratum corneum (the highly resistive outermost layer of the skin), without being long enough to hit blood vessels or nerves which would cause pain.

The patch uses electroosmotic flow to deliver its payload; ie, a low-grade voltage is applied to the array to initiate the flow of liquid, similar to when a healthcare professional presses down the plunger of a syringe. According to the team, electroosmotic flow can increase the transmission rate of drugs across the skin barrier or the extraction speed of interstitial fluid to be tested for such things as glucose levels. This is because of iontophoresis – a technique for enhancing transdermal transport of ionic compounds by applying a local current through the skin.

“This research is a first demonstration that the electroosmotic flow generated by a porous microneedle array accelerates the transdermal penetration of drug molecules and the extraction of interstitial fluid,” Nishizawa revealed.

The researchers powered the array with a biobattery consisting of four coupled electrodes. It converts the chemical energy from enzymes processing sugar and atmospheric oxygen into electrical energy. The biobattery and porous microneedle array are secured to the skin with an adhesive patch smaller than a business card.

The researchers are now also developing a porous microneedle array with a biodegradable polymer.

The proof-of-concept study was published in Nature Communications.