The novel, non-invasive test detects a rejection signature within mRNA isolated from urine and could, with further development, be used instead of biopsies to identify transplant rejection. 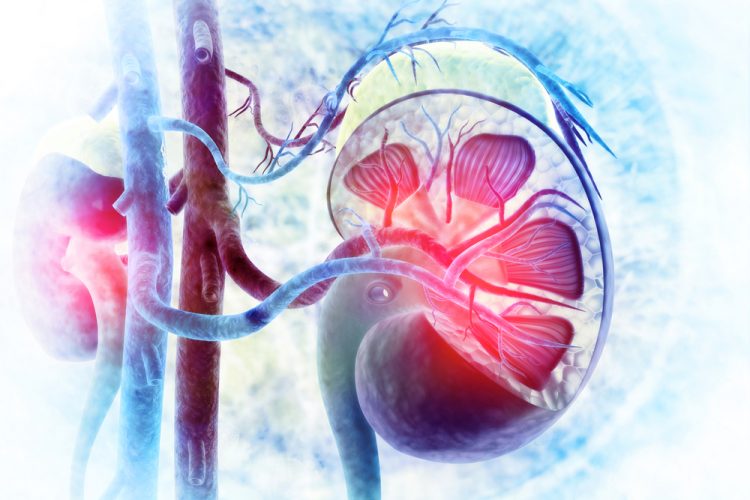 Researchers have developed a new, non-invasive method to assess whether a transplant recipient is rejecting their donor kidney. The novel test examines the messenger (m)RNA contents of exosomes in the urine to determine whether a patient is undergoing transplant rejection.

Some patients may wait up to six years for a kidney transplant; however, even when they receive one, they are not ‘out of the woods’, as up to a fifth of patients will reject the donor organ.

Transplant rejection occurs when a recipient’s immune cells recognise the newly received kidney as foreign and attack the tissue. Current methods for testing for kidney rejection include invasive biopsy procedures, which expose patients to further risks and can extend hospital stays, and creatinine blood tests, which often do not provide definitive results. According to the developers of the new test, roughly 80 percent of biopsies will come back normal, therefore the complications patients may have been exposed to are essentially unnecessary.

To overcome these issues, investigators from Brigham and Women’s Hospital, US, and Exosome Diagnostics teamed up to develop a new method to assess transplant efficacy. The results from the examination of their new urine test are published in the Journal of the American Society of Nephrology.

“Our goal is to develop better tools to monitor patients without performing unnecessary biopsies. We try to detect rejection early, so we can treat it before scarring develops,” explained Dr Jamil Azzi, associate physician in the Division of Renal Transplant at the Brigham and an associate professor of Medicine at Harvard Medical School. “If rejection is not treated, it can lead to scarring and complete kidney failure. Because of these problems, recipients can face life-long challenges.”

In this study, researchers took urine samples from 175 patients who were already undergoing kidney biopsies advised by physicians. From these samples, investigators isolated urinary exosomes from the immune cells of the newly transplanted kidneys. The researchers then isolated the protein and mRNA in the vesicles and identified a group of 15 genes which distinguished between normal kidney function and rejection. This was called the ‘rejection signature’. According to the team, they also identified five genes that could differentiate between two types of rejection: cellular rejection and antibody-mediated rejection.

The investigators explained that their approach differs to previous attempts to characterise urinary mRNA for this purpose, because they evaluated exosomal mRNA which is protected from degradation, rather than mRNA isolated from cells that shed from the kidney into urine. According to the team, the latter type, without the extracellular vesicles to protect it, decays very quickly and makes it extremely difficult to run genetic analysis.

“Our paper shows that if you take urine from a patient at different points in time and measure mRNA from inside microvesicles, you get the same signature over time, allowing you to assess whether or not the transplant is being rejected,” said Azzi. “Without these vesicles, you lose the genetic material after a few hours.”

The investigators noted that a limitation to their paper was that the testing was done on patients undergoing a biopsy ordered by their physician, ie, those in which it was suspected that something was wrong. In the future, Azzi and his colleagues aim to understand whether a test such as this one can be used on kidney transplant recipients with normal kidney activity as measured in the blood to detect subclinical rejection. Subclinical rejection is acute rejection of the organ in which there is no concurrent functional deterioration, making it hard to diagnose.

According to the team, they are currently doing a second study on patients with stable kidney function, looking to see if the same rejection signature could be used to detect subclinical rejection in patients without previously identified issues.