Laboratory study shows the blood sera of people vaccinated against COVID-19 with Comirnaty® can neutralise at least six viral variants including three variants of concern. 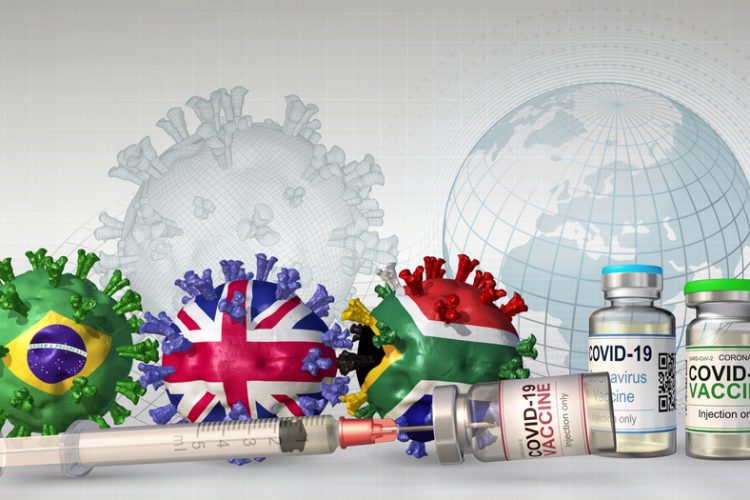 New in vitro research shows that Pfizer and BioNTech’s COVID-19 vaccine, Comirnaty®, is protective against six different SARS-CoV-2 variants (SARS-CoV-2 is the virus that causes COVID-19). However, the investigators noted that the sera of vaccinees was less able to neutralise two of the mutated viruses, identified as variants of concern (VOCs) by the World Health Organization – variant Beta, originally called B.1.351 and first identified in South Africa; and Gamma, first identified in Brazil, previously called the P.1. variant.

“The vaccines provide very strong protection against the earlier forms of the virus as well as the newer variants. This is an important point because I have heard people say that they do not think there is a reason to get vaccinated, because the vaccine is not going to work against the variants, but that is not true – the vaccine will work against the variants,” stated Dr Nathaniel Landau, professor in the Department of Microbiology at the New York University (NYU) Grossman School of Medicine, US.

To conduct their research, Dr Landau and colleagues in the NYU Department of Microbiology and NYU Langone Vaccine Center created a panel of pseudotype viruses by combining the Human Immunodeficiency Virus (HIV) virus and SARS-CoV-2 Spike (S) protein – the viral component which COVID-19 vaccines prime the immune system to react to. Pseudotype viruses are replication-defective viral particles formed with a structural and enzymatic core from one virus and the envelope glycoprotein of another, that have been proven to be useful as research tools with little associated risk.

The rexsearchers chose to use the HIV core for two reasons: 1. HIV is not particular about incorporating the HIV Spike protein and instead will take most any virus S protein; 2. the HIV virus has been engineered to carry two reporter genes that allow researchers to study virus entry, antibody binding and antibody neutralisation. When the virus infects a cell, the cell turns green and produces luciferase, the enzyme that makes fireflies light up at night, which provides a quick and easy way to count how many cells have been infected.

The researchers created a panel of pseudotype viruses using the S proteins from six different variants of SARS-CoV-2: Alpha (formerly B.1.1.7), Beta and Gamma, all VOCs, the COH.20G/677H lineage variant identified in Columbus Ohio, Eta (formerly B.1.525) and the Mink cluster (five S proteins located in minks in Denmark). They then mixed these pseudotype viruses with serum from either people who had received the Pfizer SARS CoV-2 vaccine or people who had already had COVID-19.

The researchers found that convalescent sera neutralised pseudotyped viruses with the six variants with only a small loss in titer. They also found that the Pfizer vaccination worked just as well against the majority of variants as the earlier virus, but the vaccine neutralised the Beta and Gamma variants with a three-fold decrease in titer, an effect attributable to the mutation E484K. Dr Landau said that people should not be concerned about these results, however: “Our interpretation of the results is that the vaccine antibodies are very powerful, and even if you lose three-fold of the titer, there is still plenty of antibody there to neutralise the virus. We believe the findings demonstrate that the vaccines will remain protective against the variants that we tested. While it is not reported in this paper, we have done the same experiments with the Moderna vaccine and got similar results.”

In another experiment, the researchers tested Regeneron Pharmaceuticals’ REGN-COV2, a recombinant monoclonal antibody cocktail consisting of casirivamab and imdevimab, that has been effective at decreasing symptoms of individuals with mild to moderate COVID-19 and preventing disease progression. The researchers found that casirivamab had lost some of its neutralising activity against the Beta and Gamma variants and the cocktail was nine- to 15-fold decreased in titer.

“One of the Regeneron antibodies is affected by the E484K mutation and as a result the cocktail loses some of its neutralising activity,” stated Dr Landau. “The question with this work is ‘how do the laboratory findings translate into clinical effects, that is what will happen when you treat a patient infected with one of the variants?’ We cannot say for sure. We will only know when the clinical data comes in.”

The research was published in mBio, an open-access journal of the American Society for Microbiology.

Janssen COVID-19 Vaccine can protect against variants of concern…